Calling all Homoganjas! Let’s talk about anything and everything marijuana related, from legalization to pop culture to how to make your own bong using a box of Diva cups and a broken lamp. Whether you’re a newbie who doesn’t know a blunt from a joint, or you’re planning your gay dream wedding to Mary Jane, this column is for you. Puff, Puff, Pass.

Last week, Emily Dufton wrote an article for The Atlantic entitled “Marijuana and the Modern Lady.” In the article, Dufton talks about the rise of the female stoner and her portrayal (or lack thereof) in the media. She also discusses women’s growing roles in the fight for medical usage and legalization. With more Americans supporting legalization, recreational smoking continues to take on a more visible role in our society, which Dufton refers to as coming out of the “cannabis closet.” Dufton’s article is one of many discussions of women and marijuana currently happening in the blogosphere, and it’s obviously a discussion worth having. 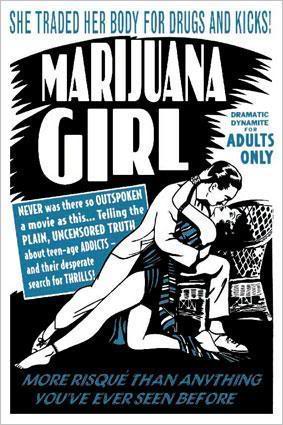 I really enjoyed this article, but I can’t help but feel like it is the latest entry in the pantheon of journalistic inquiries that I like to call, “Women Do Wha?!?!”. It seems like every decade, society takes off its glasses, wipes away the fog, and realizes that WOMEN ARE DOING SHIT THAT MEN DO. Wow, what a shocker! It’s almost like we are part of the same species or something. Whether it’s entering the workforce, postponing marriage, or “having it all”, media seems perpetually gobsmacked that women are human beings with the same desires/anxieties/dreams of everyone else. 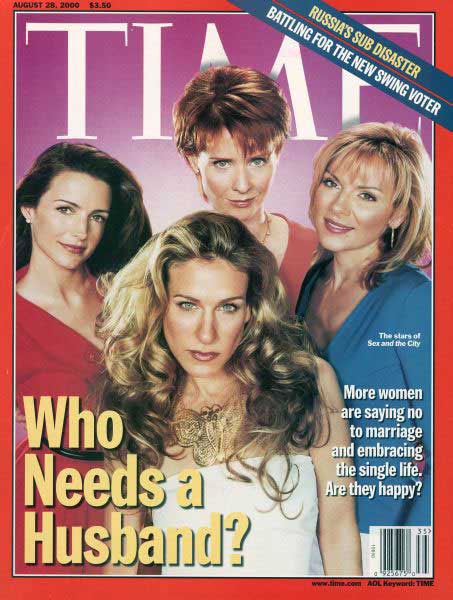 I remember seeing this most clearly in the late 90’s and the early 2000’s, when Sex and the City became a major part of the cultural zeitgeist. It was followed by a spate of articles and magazine covers devoted to the idea of the independent, sexually liberated woman. Thousands upon thousands of words were written about the show and its impact: do women really talk about sex so frankly? Are women the new men? Are men the new women? Are cats the new dogs? Are shoes the new hats? And before you think that I’m making fun of these writers, please know that I was/am one of them; I wrote my senior thesis on the cultural impact of SATC. Hooray for Communication majors!

“I generally think women are not willing to take the risk of bringing up that subject because they’ll be judged by that other person,” says Sabrina Fendrick of the National Organization for the Reform of Marijuana Laws (NORML) Women’s Alliance. “It’s also a social fear of being judged by other women and other men as well. There’s a connotation with marijuana, that lazy stoner attitude, and women already have to work twice as hard to be considered half as good.”

So women feel shame and embarrassment when they partake in behavior that men have been doing for years. Not just doing, but celebrated for. Judd Apatow movies, featuring pasty blobs of men in a cloud of marijuana smoke, have been dominating comedy for the past decade. These characters are not merely played for comic relief; they are the heroes of the stories. They are the romantic leads (gross) almost exclusively paired with gorgeous young actresses. But with the exception of Charlyne Yi’s character in Knocked Up, there is no female stoner equivalent. There is just the eye-rolling, humorless shrew whose job is to A) make the boy a better man and B) usher him into adulthood. What a treat for us. 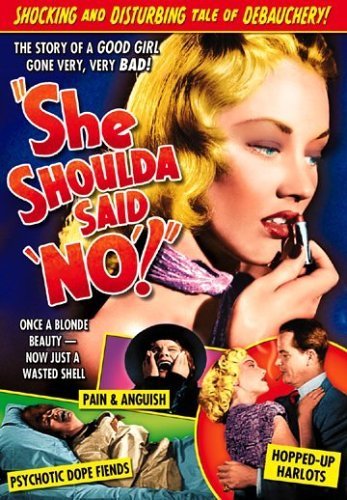 Maybe the problem is that we are defining smokers solely as the cliché pothead character that’s been a staple since Cheech and Chong. There are plenty of men and women who are highly productive, fully functioning recreational pot smokers. Like all stereotypes, the stoner stereotype is both limiting and one dimensional. But this raises the larger question of visibility and social acceptance. If the media and popular culture do not acknowledge a lifestyle, does it cease to exist? Of course not. Homosexuality existed long before we saw LGBT characters in film and television. But with the integration of queer characters in media came a change in the social acceptance of LGBT people in real life. 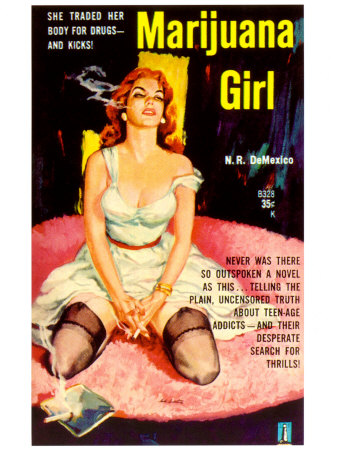 We need to have more female smokers in pop culture; just as we need to have more diverse female characters across the board. With media representation comes public discussion: when we see something new and different, we have to talk about it. And it is this open level of discourse that helps demystify and remove all of the stigma surrounding that different thing, be it sexuality, gender identity, or marijuana use. The more we talk about our fears, the less power and control they have over us. In the meantime, if Judd Apatow wants to make a Pineapple Express sequel starring James Franco and a sassy, smoking Jewess, he knows where to find me.