Hair! Whether it’s on your head, your legs or your crotchular region, you’re going to have to deal with it eventually. Shave it? Braid it? Wax it? Dye it? Outright ignore it? All suitable solutions to your Chia-pet type talents! But while winter months give the luxury of fourteen layers of grandpa sweaters to protect your pit primping preferences from prying peepers, as soon as the temperature starts climbing upwards, those protective hemlines are soon to follow.

It’s no surprise that hair is something that’s on our minds in addition to our bodies. We’re constantly bombarded with unattainable caricatures of female beauty that have no hairs out of place — let alone body hairs in place — telling us what we should look like, where we should go and more importantly, what we should buy. But while heavy-handed Photoshoppers have been taken to task for inflating these impossible wrinkle and blemish-free beauty standards, no one’s mentioning what’s going on beneath their models’ shirt sleeves. Because underarm hair’s supposed to be a moot point in that conversation. Because even when body-positive campaigns try to show there’s beauty at every turn, there’s still only one look to aspire to when it comes to pretty pits: bare.

In a world where hair-free is the default, the simple act of running out of razor blades, missing your aesthetician appointment or trying to deal with sweat in your own way becomes newsworthy. While men are afforded the right to get stubbly just because, it’s still unthinkable for anyone else to do it. If a women in the spotlight dares to skip Shave Day, fashion commentators will string her up by her pit hairs for all to ridicule, even years down the road. Revealing anything more than bald will label you an Angry Hairy Feminist, whether you deserve (or want) that pet name or not. For that very reason, Armpits 4 August are asking women to raise their arms and let their fur and feminism fly free.

We believe the shame a lot of people feel about their body hair is a consequence of living in a society that regulates, controls and dictates that female-assigned bodies must conform to incredibly narrow beauty standards, and which upholds a rigid gender binary that deems body hair a ‘masculine’ trait. This creates a physically, socially, and mentally damaging image of what is ‘natural’ – an image that turns out to be no more than an idea. There is no standard, universal, typical – let alone ‘normal’ – pattern of body hair for women, men, or anyone else.

Following in the traditions of Movember and Julyna, they’re asking for women to stop shaving. On one side of things they’d like to liberate women from annoying grooming regimes, but on the other side they want to leave more of a social impression than a simple dip in razor sales. Because while underarm grooming may be considered an annoyance for some and a political move for others, dealing with it on a regular basis is a daily (and sometimes twice daily) unfair reality for women affected by PCOS.

Polycystic Ovarian Syndrome is hormonal imbalance affecting one in five women according to the Jean Hailes Clinical Research Unit at Monash University. This hormonal imbalance can often lead to insulin resistance, type 2 diabetes, high cholesterol, high blood pressure, and heart disease, but it often goes unchecked due to the lack of definitive diagnostic testing. The associated menstrual irregularity, painful ovarian cysts and subfertility might be missed or misdiagnosed, but the (possible) increase in body hair is in plain view. Why should people already worrying about their health and fertility have to deal with societal scorn over something they can’t control? 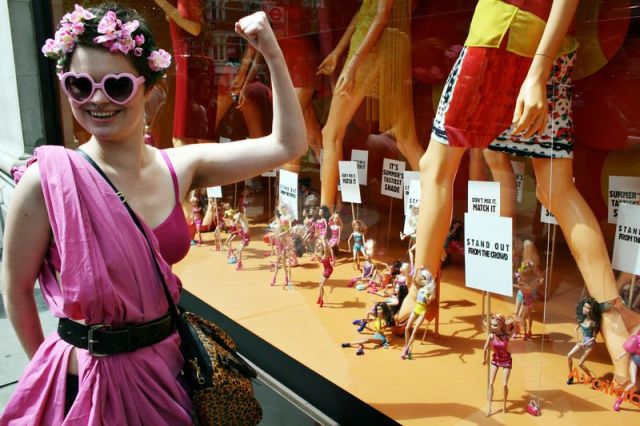 The UK-based group of Armpits 4 August wants to inspire women to embrace themselves and their sisters afflicted with PCOS. Amy de Luca spoke to the Guardian about her PCOS. “I would love to no longer feel the need for constant de-fuzzing, but I am terrified of what others will think of me so I shave anyway.”  Many of the founders have PCOS and want to change the world so they can skip the bathroom routine, walk outside and not have other people’s reactions remind them that they’re different. Mustaches gave men an excuse to talk about their own taboo afflictions, so it’s about time women could do the same without having to sexualize it. When it comes to diagnosing and treating PCOS or any other Hirsutism-inducing syndromes, peer judgement should be the least of their problems.

If you want to follow these ladies and choose to give underarm hair a go, A4A offers tips on banning the blade. Gather a group of friends to sponsor your hairy escapades and know that all funds will go towards Verity, a PCOS support group. Send photos of your pit progress and spread the word that body hair Is a Thing. You can simply defriend your Venus or you could take the armpit hair you’re already sporting and dye it all the colours of the rainbow. 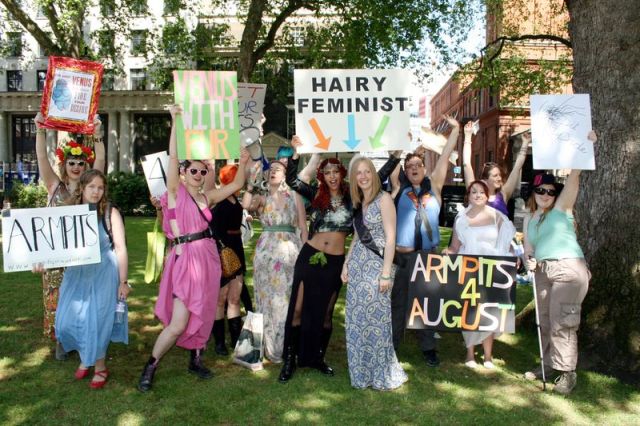 If you happen to be stationed in the UK, you can let the fur fly starting with a Pitmob on Saturday and their Pit Pride Party at the end of the campaign. But if your body says it’d rather not be hairy, A4A still wants you to show your support even if you can’t grow it.

We acknowledge that not everyone has the same opportunity to take part in Armpits4August and that in a racist, sexist, classist, disableist, trans*phobic and lesbophobic society, some women, trans* and non-binary people may simply not have the option to grow their body hair as a political act without it having personal consequences, such as increased harassment, having treatment withheld whilst transitioning, being questioned about their ability to self-care, etc. We hope that, if this and similar campaigns are successful in changing social attitudes about body hair and femininity, it will become easier in the future for more and more people to participate.

We also recognise that attitudes towards body hair vary from culture to culture and are often influenced by religion or local custom; we do not wish to replace the oppressive beauty standard of hairlessness – which is particularly resonant within the West – with a similarly all-encompassing demand for everyone everywhere to stop depilating forever. However, we do think that having a go at letting it grow can be a fun and empowering decision for many people, and so we strongly encourage anyone who is interested to take part in Armpits4August 2013! 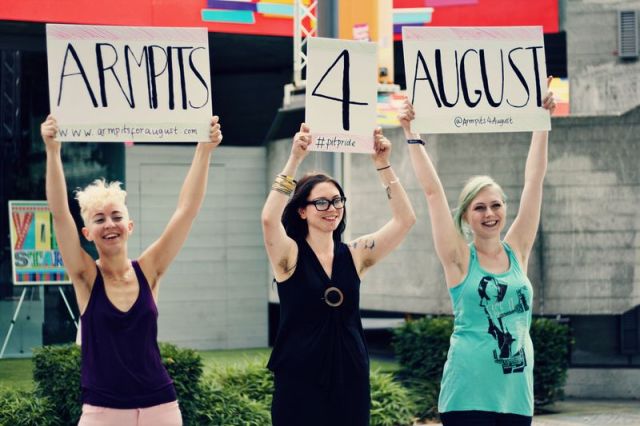 Take the pledge yourself or donate directly to the cause this August! Because even if you decide that body hair is or isn’t for you, it should be your decision. You groom you.