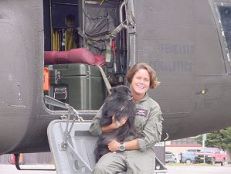 “After just being cleared to be a professor at West Point, I learned that I  was being kicked out under DADT. And after 20 years in the military – from 1982 to 2002 – I was left with absolutely nothing: no pension, no salary, nothing. I wanted to be the dean of West Point, the first female graduate dean; that was my dream.”
– Lissa Young, West Point ’86

Since 1993, the U.S. military has operated under the Don’t Ask, Don’t Tell (DADT) policy, which allows gay people to serve in the armed forces so long as they do not discuss or disclose their sexual orientation. And although recent debates about DADT have taken center stage in gay media — and sometimes mainstream media too — most of the people speaking for DADT are male, even though the policy targets both genders equally. The distinct experience of a gay person in the military — a specific socio-cultural space — lies at the increasingly complicated intersection of gender politics and sexuality politics and is therefore worth looking at from both sides of the gender divide. Autostraddle thought it would be beneficial to add a female voice to the conversation. Furthermore, women are disproportionately affected by DADT. While women make up 14 percent of Army personnel and 20 percent of Air Force personel, 46% and 49% of those discharged under DADT in 2007, respectively, were women. 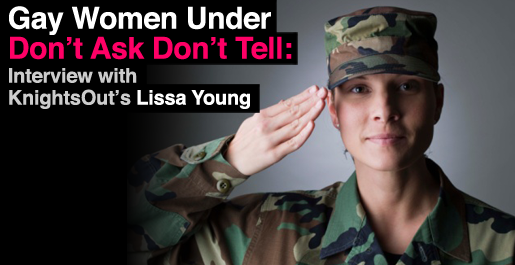 For years, opponents of the policy have argued that the policy is discriminatory and is founded on the same faulty arguments the military used to support segregation or to keep women out.

First; some background: According to the Center for American Progress, DADT has resulted in the discharge of more than 13,000 highly qualified (and patriotic) men and women since it was enacted more than 16 years ago. Nine months after being sworn into office, President Obama has not yet repealed DADT, despite his campaign promise and subsequent pledges to do so. The CAP reports that, as a result, more than 265 service members have been discharged under DADT since Obama took office. For years, opponents of the policy have argued that the policy is discriminatory and is founded on the same faulty arguments the military used to support segregation or to keep women out.

The media has highlighted a variety of voices on DADT policy, including Lt. Dan Choi and Lt. Colonel Victor Fehrenbach. [Autostraddle also did a Dan Choi exclusive! It was hot!] In May, Choi wrote an open letter to President Obama in which he argues that DADT is “an immoral law and policy that forces American soldiers to deceive and lie about their sexual orientation. Worse, it forces others to tolerate deception and lying.” Choi adds “these values are completely opposed to anything I learned at West Point. Deception and lies poison a unit and cripple a fighting force.”

This policy of discrimination continues despite a lack of credible evidence supporting the underlying arguments for DADT – namely that allowing gay men and women to serve openly would undermine unit cohesion and military effectiveness. As the CAP report underscores, even the architects of DADT have acknowledged that the policy is misguided and is “based on nothing but our own prejudices and our own fears.” Dr. Nathaniel Frank – author of Unfriendly Fire: How the Gay Ban Undermines the Military and Weakens America – echoes this sentiment, pointing out the shaky foundation of the policy: “The ban on openly gay service was not based on sound research because no research has ever shown that openly gay service hurts the military.” 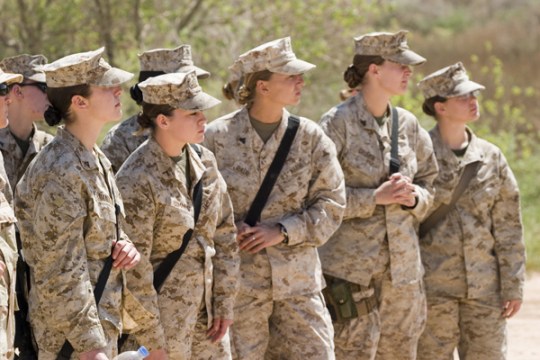 To shed some light on DADT as it relates to gay women, Autostraddle has been fortunate enough to snag an interview with Lissa Young, an insanely intelligent, aware, reflective and accomplished woman. Lissa graduated from West Point in 1986. After 16 years of active duty, selection for promotion to lieutenant colonel and permanent assignment as an academy professor directing leadership education at West Point, Lissa was asked to resign her commission because of DADT.

She is now a member of KnightsOut, an organization of out LGBT West Point alumni, along with other supportive alumni, staff and faculty members who are united in supporting the rights of LGBT soldiers to openly serve their country.

Lissa spoke to me about her experiences in the military and her thoughts on DADT and its (blerg-ful!) impact on military culture.

I think I had this ridiculously naïve idea that West Point would be like a physically tough Ivy League. I don’t think I realized – until I was there – how NOT like a normal college experience it was: like you can’t just not go to a class, you can’t just wake up and think ‘eh, not going today.’

NATALIE (NR): Lissa, what led you to West Point and then ultimately to serve in the US military?
LISSA (LY): I wanted to fly helicopters! Seriously.
I was a junior in college and was not being challenged.  It was pretty soon after they started to admit women to West Point and I thought ‘this would be an interesting route to take.’ There were several people that influenced me; Marion Dent, my godmother, was one of them; she wrote me a letter about what it means to be a soldier and a human being. Marion Dent was the wife of my father’s West Point roommate, best friend, Air Force F-100 wingman, and best man. While her husband flew missions over Southeast Asia, Marion marched in Washington against the Vietnam War. Yet she encouraged me to join the academy and serve the nation as a soldier. The day I received her letter, I applied for admission to the U.S. Military Academy.

And then I got in, and I had to make a serious decision about what to do with my life:  be a soldier or be a college student.

NR: What was West Point like? Was it what you expected? 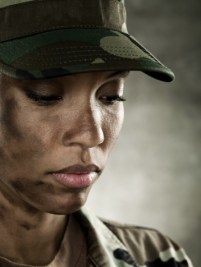 LY: I had all these ideas about West Point and what it would be like; but when I got there, it was very different. I think I had this ridiculously naïve image that it would be a physically tough ivy league. I don’t think I realized – until I was there – how NOT like a normal college experience it was: there is a lack of freedom of choice, you can’t just not go to a class, you can’t just wake up and think ‘eh, not going today.’

Additionally, I was not really, truly, thoroughly aware of the connections between West Point and war; that didn’t really hit me until I got there. People go to West Point for a variety of reasons, but ultimately West Point is about training soldiers to lead wars.

NR: Would you recommend the military as a workplace to other women?
LY: Definitely YES.  The military is a profession that demands more from you than imaginable by other professions. It’s about mind, body, & spirit – all at 100%.  It’s about teamwork, service, personal sacrifice and personal bests. It teaches women to dig deeper and give more than has ever been required of them. The confidence that comes from learning how to face such challenges and manage such fear is irrevocably woven into her character, which she will continue to develop over a lifetime.

There is no reason to believe that the military is more misogynistic than many other institutions in America, like let’s say, our own Senate.

NR: As compared to other workplaces/careers, is the military more/less gender sensitive/women friendly?
LY: The military is a masculine domain. It is one of the last bastions of masculinity in America. However, given its integration of women, it is also (unwittingly?) redefining what gender actually means in this country. The military is not women “friendly,” but neither is most of the rest of the world, and there is no reason to believe that the military is more misogynistic than many other institutions in America, like let’s say, our own Senate.

NR:  What is the situation right now around women in combat roles (and what exactly constitutes ‘combat roles’)? I believe that women are still technically not allowed in combat roles…but the present wars have shifted this in reality?
LY: Yes, there are only three branches of the Army (infantry, armor and special forces) in which women cannot serve. However, given the nature of irregular warfare and counterinsurgency operations, the delineation between combatant and non-combatant is no longer relevant or meaningful. So, women are in the line of fire just like everyone is. And they are just as likely to have to maneuver and shoot as anyone in the “combat” arms. Clever enemies target supply trains, transportation convoys and support organizations, which is where most of our female troops are found.

In many ways, I think it is easier to be a lesbian in the military than a gay man; this has to do with gender identity development and prevailing gender norms in the United States.

NR: How is the experience of being gay in the military gendered? I imagine it is a different experience to be a gay man than it is to be a gay woman.
LY: In many ways, I think it is easier to be a lesbian in the military than a gay man; this has to do with gender identity development and prevailing gender norms in the United States. The specific socio-cultural space in which the military is placed brings into focus the ways in which our culture defines, creates and reinvents masculinity and femininity.

I think it’s particularly hard to be perceived as moving from masculine to feminine, which is what the stereotype is for gay men. This move is much more marked and stigmatized in the military. There is a culture of heterosexism; and I think gay men are reminded more of this, reminded that they are not in the “in group.” You certainly cannot be a faggot and be taken seriously as a warrior. However, it’s easier to be a lesbian woman – moving stereotypically from the feminine to the masculine – doing male things…it’s less threatening, and becoming more masculine is in consonance with the concept of being a warrior.