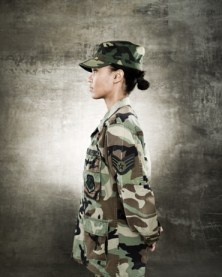 NR: What is it like to be gay under DADT?
LY: In the military, it takes a lot of bandwidth/mind strength to “be all that you can be.” Being a lesbian under DADT, you are forced to use additional bandwidth – already at its capacity – in order to maintain a particular persona. You have to be cautious and careful about how and with whom you communicate. I think DADT, in this way in particular, is an obstacle to a gay individual’s potential to perform at 115%. As a gay individual, you are constantly engaged with managing this other piece.

I did not begin each day with my sexual identity as my defining quality, just as I suspect straight people don’t get out of bed thinking about going to work as a straight person.

While being gay is certainly hairy, at the same time it is absolutely unremarkable. It is not what you lead with in the military; it is not what I led with. I did not begin each day with my sexual identity as my defining quality, just as I suspect straight people don’t get out of bed thinking about going to work as a straight person. While I was conscious always of having to hide my sexual orientation, I also didn’t define myself by it. As I went into my day, I didn’t have to be cautious. I just did my job.

NR: What is the rationale behind the policy? How is ‘keeping gays from openly serving’ beneficial to the military?
LY: Well, I think that the idea is that somehow having gays serve openly would be deleterious to good order and discipline in the ranks, and this has an impact on morale and the cohesion of the military.

I served before DADT came into force. In the ’80s, the argument for keeping gays out of the military was around immorality: somehow having gays serve in the military was thought to be immoral and would threaten cohesion. 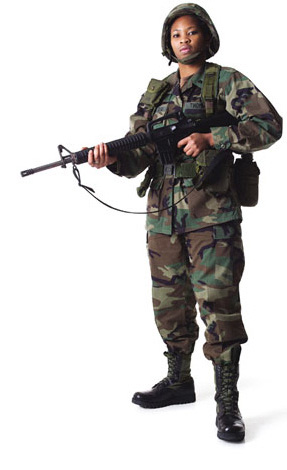 When Clinton came to power, he issued a moratorium on this policy. In response to this, the military had to craft something that would fit that mandate; DADT was born – a military response to a presidential mandate.  The rationale, I believe, went something like this: gays are okay in the military, but only if we don’t know who they are. If we don’t know there is a gay person amongst us, then we can still fight! If we know, then we might as well drop our guns and flee.

NR: It’s really the same argument – different words, though – that was used to keep women and African-Americans from serving, right?
LY: Yes, exactly. Actually, I believe that the Servicemembers Legal Defense Network has a superimposed image of the rationale used to prevent African-Americans from serving in the military and the rationale used to prevent gays to serve and, now, to serve openly. And it reads practically the same.

I think it is about discrimination obviously, but also it’s about a level of denial, sustained denial. It has been shown time and again that knowing someone is gay does not cause the military to collapse, to lose cohesion. In fact, I believe that preventing gays from openly serving is in fact far more detrimental to the foundations of and the functioning of the military than allowing gay individuals to serve openly. Cohesion is based on trust and intimate relationships…and by silencing gays, you are keeping the entire organization of soldiers from fully being able to connect, to feel trust and then ultimately to build cohesion. This is very plain for me to see. That is why I think that Congress is in denial: DADT is a big mistake, and it has backfired.

By silencing gays, you are keeping the entire organization of soldiers from fully being able to connect, to feel trust and then ultimately to build cohesion.

NR: But who is this “military” we speak of? I imagine it is a few voices at the top, the voices that get heard.
LY: Yes, this is most definitely a huge minority.  But these few people, the Joint Chiefs of Staff, are the ones who get to speak and are extremely influential. But certainly this opinion seems to be a disconnect from the military at large. The other officers are not speaking up, while serving, though. However, when they get out of the military…they speak and say that DADT should be lifted. They need to do this when inside the military.

Also, though, the military is a dynamic entity, and as the older, less tolerant veterans move out and new people move in, attitudes changes. People are much more educated and understanding of gay people now.

NR: Were you able to speak about your sexuality – directly or indirectly – with members of your platoon?
LY: No, we did not talk about it. I did not talk about it. In this respect, I should say that there has been a small benefit of the DADT policy: DADT brought the concept of gays in the military out there, into view. It put gays in the minds of America and on TV, allowing the issue to be debated, opening up space for change. 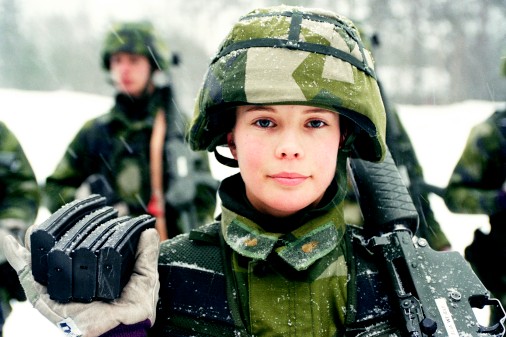 After DADT was in place, people relaxed a bit in their silence: you could be who you were as long as you did not engage in homosexual conduct (whatever that is) or be openly gay.  But, as a result of being a bit more relaxed, many more people were released for being gay; there was a huge increase in folks being kicked out. I don’t think this was the intention of DADT, but it has certainly been one of the consequences.

NR: Why is President Obama dragging his feet then in overturning the ban?
LY: I don’t think Obama is dragging his feet. I think he is being smart and learning from the mistakes of President Clinton. I believe he is in the process of learning who the opponents are of lifting the ban and what he needs to do to shift Congress to get their backing.  Democracy is a slow process… but the result will be better! Also, Obama has other things to think about and has put this issue rightfully in perspective. DADT is a small aspect of the entire world.

Obama has other things to think about and has put this issue rightfully in perspective. DADT is a small aspect of the entire world.

Right now, you can bet the Pentagon is engaging with this issue in preparation for the inevitable. There are probably discussion about silly things like ‘do we need separate bathrooms?’ The ridiculous questions that ensue in relation to the implementation question are there, just like it was when they were debating letting women into the military.

NR: How did you cope with being discharged under DADT? How did you come to where you are now?
LY: After just being cleared to be a professor at West Point (super exciting!), I learned that I  was being kicked out under DADT. And after 20 years in the military – from 1982 to 2002 – I was left with absolutely nothing: no pension, no salary, nothing. I wanted to be the dean of West Point, the first female graduate dean; that was my dream. So this was very hard. I had to grieve.

I went to work with Raytheon, a defense contractor, and I learned how to be a civilian again. This helped me grieve in a healthy way. I was able to think and process and disintegrate and reintegrate; I learned how to de-link my identity from solely being a soldier. 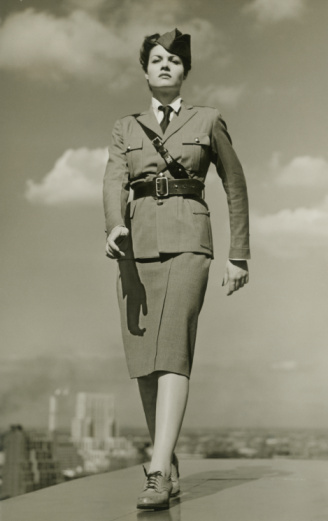 I continued to think about teaching/being a professor/scholar. And I realized that I did not have to be a soldier to do that. I just wanted to teach. Period. I thought, ‘OK, I can teach at West Point as a civilian. It would be great.’ I love that atmosphere, that environment… I especially love teaching cadets. So I applied to Harvard and got in. And here I am.

If ultimately I return to West Point to teach, I will be a government employee and it will be okay to be gay. And in this way – in returning and doing what I love – I can reclaim what I had earned.

NR: What are you studying?
LY: It is called intellectual history. I just finished by master’s degree …and am now going directly into the PhD.

In terms of my studies, I am studying the history of psychology. I am looking at how war influences that discipline, and how that discipline generates knowledge. I am really interested in how an idea is generated, becomes legitimate (or not) and then moves into the academic cannon. So, I am thinking things like: what knowledge gets privileged, and what knowledge winds up on the intellectual cutting room floor, and why?

At the end of this, I would like to teach the history of psychology, philosophy or sociology. I am just fascinated by how these disciplines evolved.

The Pentagon has spent more than $200 million taxpayer dollars to replace service men and women discharged under the ban since 1993, according to a 2005 GAO report. A 2006 Blue Ribbon Commission Report found that the total cost of implementing “Don’t Ask, Don’t Tell” between FY 1994 and FY 2003 was at least $363.8 million. The military has discharged almost 800 “mission-critical” troops and at least 59 Arabic linguists and nine Farsi linguists under “Don’t Ask, Don’t Tell” in the last five years.

For more on this issue check out The Servicemembers Legal Defense Fund and Knightsout.org. 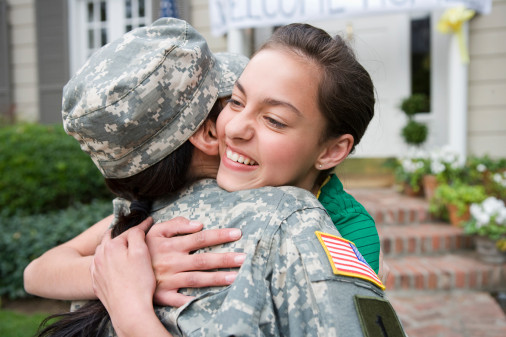 Before you go! It takes funding to keep this publication by and for queer women and trans people of all genders running every day. And A+ members keep the majority of our site free for everyone. Still, 99.9% of our readers are not members. A+ membership starts at just $4/month. If you're able to, will you join A+ and keep Autostraddle here and working for everyone?
Join A+
Related:DADTDan ChoiDon't Ask Don't Tellgreatest hitsinterviewmilitary