Great Hera there’s been a lot of big announcements in the world of lady superheroes over the last few weeks! New movies announced, news about those movies, new comic book titles, and new TV characters. What a time to be alive! 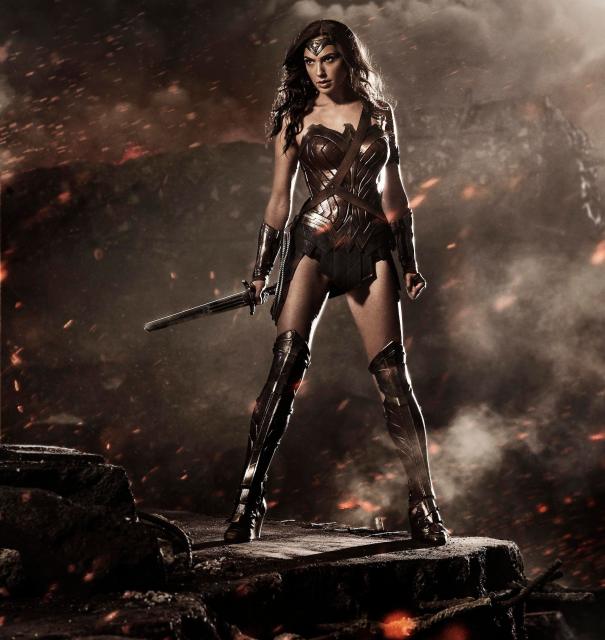 In my opinion, clearly the biggest piece of news was Warner Bros. announcement of a Wonder Woman solo movie. While there have been a few female-lead superhero movies in the past (Catwoman, Elektra, Supergirl), most of them were really, really terrible (Catwoman, Elektra, Supergirl according to some people), and in the modern era of comic book movies (starting with Batman Begins in 2005) there have been exactly zero comic-based female-lead films. Thankfully, all of that is quickly coming to a crashing end. First it was announced that the Soska Sisters will be directing a Painkiller Jane movie, then Sony announced a female-led spin-off to their Amazing Spider-Man franchise slated for release in 2017 and finally, Warner Bros. announced that, finally, a Wonder Woman solo movie would be coming also in 2017.

To make the news even better, Warner Bros. recently announced that they’d like to have a woman director for the Wonder Woman movie! Yay feminism and representation in the film industry! Potential directors for the movie, which will star Gal Gadot, include Catherine Hardwick, Mimi Leder, Julie Taymor, Karyn Kusama, Michelle MacLaren, Tricia Brock and Kathryn Bigelow. So that means that within the next few years we’ll triple the number of comic book-based superhero movies directed by women. Yes, that’s correct; according to IGN, so far the only woman to direct a superhero movie is Lexi Alexander, who directed Punisher: War Zone.

Second is the Marvel Cinematic Universe, which has announced fifteen specific movies through 2020, none of which star a woman or person of color. Third is the X-Men universe, which also maybe includes the Fantastic Four and has, so far, not announced any plans for a female or PoC-led film. Finally, there’s Sony, which is the Spider-Man expanded universe and has announced a female-lead spinoff slated for sometime in 2017. My guess is that this Spider-Man spinoff will be a Black Cat movie, since she’s one of the main women in that universe and Felicity Jones played a character named “Felicia” in The Amazing Spider-Man 2, which just happens to be Black Cat’s secret identity.

Although their Cinematic Universe has zero female-led movies planned, Marvel is making some positive steps when it comes to female representation. They’ve recently announced several new female-led titles that will be coming out in the next year. In February, both alternate-universe Gwen Stacy Spider-Woman and the Korean-American superheroine Silk, who was bitten by the same spider as Peter Parker, will be getting solo titles. In case you don’t remember, the Spider-Gwen issue of Edge of Spider-Verse gave us her awesome band The Mary Janes, who sang the song “Face it Tiger,” awesomely interpreted here by the band Married With Sea Monsters. Nicole Perlman, who co-wrote this summer’s Guardians of the Galaxy, will also be writing a Gamora series this spring. There’s also going to be a limited Agent Peggy Carter and Howard Stark title called Operation S.I.N. 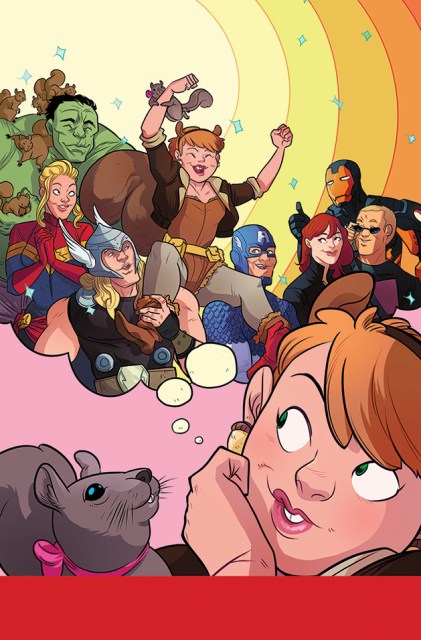 Perhaps most importantly, Ryan North (of Dinosaur Comics fame) and artist Erica Henderson will be teaming up on an all new Squirrel Girl comic called The Unbeatable Squirrel Girl! This is brilliant news. If you don’t know, Squirrel Girl has squirrel-based powers like buck teeth that can chew through wood, squirrel-like agility and the ability to talk to squirrels. She’s also famous for being able to defeat just about anyone in the Marvel Universe, including Doctor Doom, Thanos, Deadpool and Wolverine. So basically, she’s a badass. 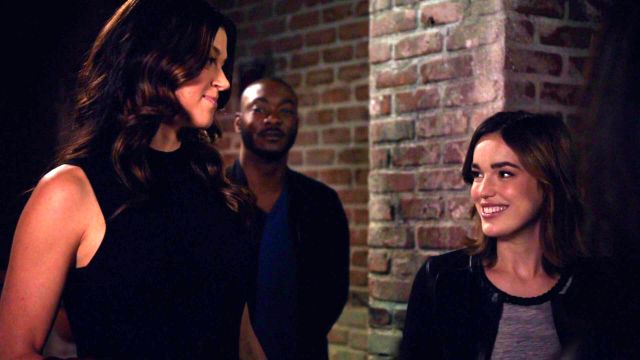 “Wow! You really learned all that at the Kink Workshop?”

Marvel also just introduced the superhero Mockingbird, aka Bobbi Morse (played by Adrianne Palicki), into their TV show Marvel’s Agents of SHIELD and jeez, she was really gay. Like, really really gay. I mean, unfortunately there was no kissing or anything, but the way she and resident genius Jemma Simmons (Elizabeth Henstridge) were eying each other and talking about each other you’d think they were already making plans to go to A-Camp together.

So while Marvel is doing some awesome things, with DC not just announcing, but putting out the release dates and casting announcements for both a female-led film and not one, but two POC-led films, the pressure is really on Marvel to step up. Right now, it looks like there will very likely be three female-led superhero movies out before Marvel gives us their first one. 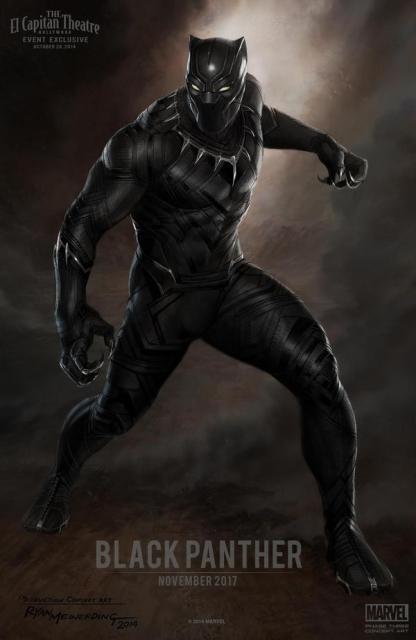 Edit: It looks like I’ve forced Marvel’s hand! Someone up high at Marvel, perhaps Kevin Feige himself, read my article this morning and this afternoon they decided to announce both a Carol Danvers Captain Marvel film coming July 6, 2018 and a Chadwick Boseman-starring Black Panther movie coming November 3, 2017! My work here is done.

Also, there’s a Kickstarter up to help make a book of the super terrific webcomic O Human Star that I’ve covered here on Drawn to Comics. It’s got a super adorable trans girl robot clone, a bunch of other LGBTQ characters and it’s just wonderfully written and drawn. So if you’ve got a few extra dollars, supporting this stupendous queer science fiction comic would be a great way to spend them.