Two new lawsuits brought by LGBT inmates call out different arms of the criminal justice system on their brutal and inhumane treatment of people incarcerated with and without charges. The people bringing the cases have been singled out for their gender expression and sexuality in violation of their constitutional rights. These cases could create major shifts for the experiences of incarcerated LGBT people. They also raise important questions about what a justice system better equipped to incarcerate LGBT people might mean for our communities. 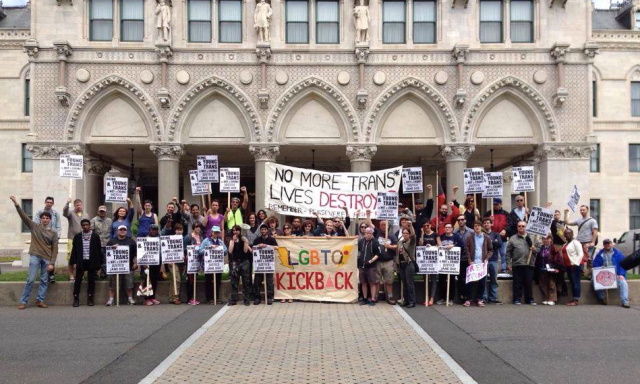 Last week, Jane Doe brought a federal lawsuit against Connecticut state child welfare services and prison officials, saying they violated her constitutional rights by detaining her in solitary confinement. The suit also says she’s been called male pronouns and her birth name at the Connecticut Juvenile Training Center where she’s being held, and made to wear boys’ clothes.

The public eye has been on Jane’s case this year, as she’s been bounced around between different facilities. Her case came to national attention in April when she was transferred to the York Correctional Facility, a Connecticut prison for adult women, despite her being a minor with no criminal charges. After public outcry, including a statement from Connecticut Governor Dannel Molloy, she was transferred to a children’s psychiatric care facility, but was then transferred to the Connecticut Juvenile Training School (CJTS), a facility for boys, where she has been kept away from the boys in isolation. CJTS reportedly offered to let her be in the Center’s general population, but she faces harassment and abuse there. “It is psychologically damaging and harmful for a transgender female to be placed in a male facility and to be unable to express herself as female,” Aaron Romano, Jane’s attorney told the AP.

IV Sta, an organizer with Justice 4 Jane, said, “This lawsuit is one of the things that DCF is most afraid of, and I think that legal action and more publicity for Jane are the things that they fear the most and the reason that they are launching all of these assaults against her and trying to get her to be as subdued as possible, as afraid as possible.”

Sta also spoke about what they thought success in the suit would look like:

“Success in this lawsuit would both mean a legal victory for Jane that would allow her to be treated better by DCF [and] hopefully it would allow for Jane to finally look at being to be adopted, because there are so many families that are interested in adopting her. One of the things being demanded of DCF — at least at a grassroots level — is that they release her to one of these families.” 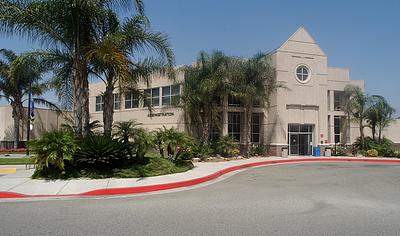 At the West Valley Detention Center in San Bernardino County, California, self-identified gay, bisexual and transgender inmates are held in isolation in the “alternative lifestyle tank,” or ALT. This bizarrely named (particularly for those who might imagine the alternative lifestyle tank as that white tank top you wore to Pride along with your alternative lifestyle haircut) section of the Detention Center is meant to keep GBT inmates from being exposed to harassment or abuse from inmates in the general population. It consists of eight cells, each holding two inmates. The ACLU of Southern California, with the law firm Kaye, McLane, Bednarski & Litt, is representing fifteen people who are or have been incarcerated in the ALT in a class-action lawsuit against San Bernardino County. The plaintiffs — three trans women, eleven gay men and one bisexual man — argue that despite being framed as a “safe” place for GBT inmates in the detention center, being held in the ALT comes with its own set of restrictions which have other highly detrimental effects on inmates. A press release from ACLU SoCal says the suit “charges the county’s policy is unconstitutional and violates the 14th Amendment’s guarantee of equal protection to all individuals.”

Inmates held in the ALT are not permitted to participate in programs that are offered to the non-GBT inmates at the facility, including drug rehabilitation programs and work programs that allow inmates to earn time off their sentences, thus guaranteeing that GBT inmates will serve more time than their non-GBT counterparts, solely on the basis of their sexual orientation or gender identity. Not having access to these programs also also puts them at a disadvantage when they do eventually leave the facility, because it will more difficult for them to create stable lives and put them at higher risk for recidivism.

GBT inmates in the ALT are not permitted to attend congregational prayer meetings, access Bibles or have visits from chaplains in their cells. The inmates are also being kept in their cells for 22-23 hours a day, despite the fact that there is an isolated common area that they could access without interacting with the non-GBT population. This isn’t technically considered “solitary confinement” because two people live in each cell, but it’s only a small step up. They still aren’t able to move freely to the extent that people in the non-GBT population are, and for no specified reason. Inmates are also singled out for harassment from the staff that patrol the ALT, who call them derogatory names and subject them to humiliation, neglect, harsher punishments and retaliation against people who have filed complaints about their poor treatment.

”Gay, bisexual and transgender inmates should not have to accept a longer sentence and an extra layer of punishment as the price of safety,” said ACLU attorney Melissa Goodman in an email. She told the LA Times, “Imposing harsher penalties just because of who they are is illegal, and it’s unconstitutional.”

The people represented by the ACLU have reported that when they have complained about their treatment in the ALT, they have been offered spots with the non-GBT population, but this is not a realistic option, because the entire reason for the ALT’s existence is because they’d face harassment and abuse in the non-GBT population. According to ACLU SoCal, “the lawsuit seeks to require San Bernardino County and the sheriff’s department to provide all inmates equal access and treatment to programs, as required by state and federal law.”

These cases are pretty different. The suit brought against San Bernardino County deals with a group of adults being held in jail, who have been charged and/or convicted of crimes. The suit brought against Connecticut’s Department of Children and Families addresses the Department’s handling of the case of one girl, who has never been charged with a crime, but is in the custody of the DCF, which gets to decide where she lives. What both cases illustrate is how the idea that prisons, jails and detention centers can be safe for LGBT people is a pipe dream. Both of these lawsuits point to glaring inconsistencies and gaps in the current capabilities of the state to care for the inmates and detainees kept in their custody, particularly those who are transgender or living other “alternative lifestyles.” They also show how measures taken for these people’s “safety” often means they are forced to be in the care of their abusers or other staff that harass and aggravate them.

Jane Doe is fighting for her right to be acknowledged as the young woman that she is. Her being addressed by the wrong pronouns and name are signs of willful neglect and mistreatment, and we should absolutely have her back as she fights for them. It’s also important to remember that her case is one amongst an unknown number of transgender kids in DCF custody. It’s also not a horrible exception to sunshiny lives of other kids who identify with the gender they were assigned at birth. It’s a whole system that is dramatically underfunded and ill-equipped to care for its kids, which mirrors and feeds a criminal justice system that we know to be oppressive in pretty much every possible way.

It’s interesting to see these two cases drop within days of each other. The plaintiffs in these cases are not the first trans or LGB people to be discriminated against while in the custody of the state. Not by a long shot. What these cases show is that we are in a moment where the legal system might actually be equipped to respond to one of the multitude of ways trans and LGB people are stripped of their rights.

Is this a good thing? On the one hand, yes, it is good. It means that there is actually a mechanism of accountability that trans and LGB people can turn to! It means we have lawyers and national organizations like the ACLU who are equipped to take on these fights. It means there is a glimmer of hope that things might get better for Jane, or that the people incarcerated at WVDC will be able to work at reducing their sentences while also not being exposed to abuse and harassment from non-GBT inmates.

But on the other hand, wins in these cases would mean that the criminal justice system can expand in its capacity to incarcerate LGBT people in a way that is seen as acceptable. And when the system expands in its capacity, it ultimately means more of us will be swallowed up by it, particularly people of color within our communities, who are already disproportionately targeted by the prison industrial complex and the school-to-prison pipeline. Even if prisons and jails and detention centers and juvenile correction facilities become safER for individuals held there, the prison system continues to be a mechanism to police and oppress and dehumanize. As CeCe McDonald reminds us: “men’s prison, women’s prison, trans prison, or unicorn prison — no prison is safe.”

As these suits go forward, it’s important to fight for Jane and the plaintiffs in the San Bernardino suit. It’s also important to remain critical of the current function of the justice system as a whole, particularly as it works to incarcerate more and more people from marginalized communities, and to work on envisioning alternatives to incarceration altogether.