In a time when both Marvel and DC seem to refuse to make movies starring female superheroes, it was announced today that the Soska Sisters will be directing a Painkiller Jane movie. This means that not only is there going to be a comic book superhero movie starring a woman, but that movie will be directed by two women and the character that the movie is about is a bisexual woman. 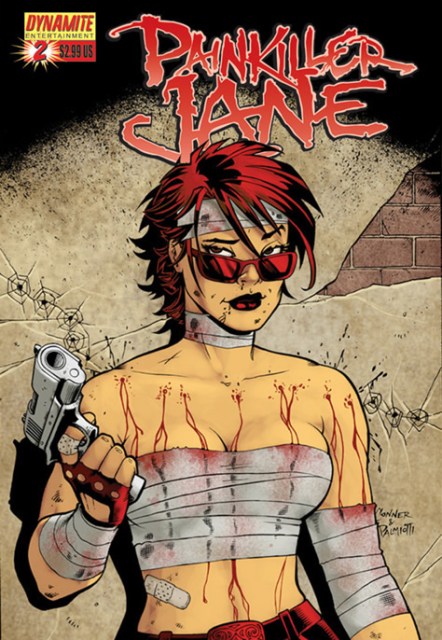 Painkiller Jane was created by comic creators Jimmy Palmiotti and Joe Quesada in 1995. She has appeared in crossover events with characters like The Punisher, Vampirella and Hellboy and recently had a relaunch at Dynamite Entertainment. Painkiller Jane is also known as Jane Vasko, and used to be a policewoman before being attacked and gaining regenerating and pain-tolerating abilities. This will be her third appearance on the screen. The first was a made-for-TV movie in 2005 starring Emmanuele Vaugier that aired on the SyFy channel. She was later brought to life in a 2007 SyFy series starring queer actress and model Kristanna Loken.

The film will be directed by Jen and Sylvia Soska, also known as The Soska Twins, a pair of twin sisters known for their horror films centered around women. Their breakout film was 2012’s American Mary, which was notable for its over-the-top body horror, what many saw as feminist themes and shocking visuals. It’s exciting that not only will this be a film about a woman, but a film made by women as well. No stars or release dates have been announced yet. 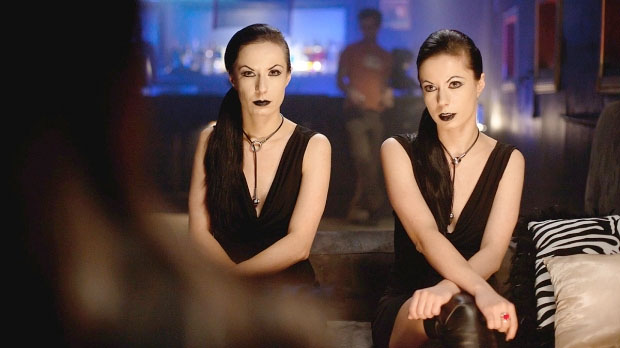 Jen and Sylvia Soska appearing in their movie American Mary

On the very same day, Kevin Feige, who is Marvel’s President and is pretty much in charge of what movies they make, responded to a reporting asking if he is bothered by the backlash against Marvel’s reluctance to make a woman-starring movie. ScreenCrush asked if he was afraid of facing backlash like J.J. Abrams did after the Star Wars cast was announced as being mostly male, and Feige responded by saying, “I don’t think J.J. Abrams or the Star Wars people — I have no idea — but my guess is that they were not swayed by any backlash. We’re not going to be swayed by the backlash. We’re going to keep bringing the movies out the way we envision it and the way we believe in it — and that includes diversity in all of the active films.” So, basically, they just see the calls for more representation as bothersome whining.

To be fair, Marvel could announce a female-led in the next few days (or even next few hours) at Comic-Con. But they haven’t yet, and they’ve already scheduled movies through 2019, which would be over a decade of Marvel Cinematic films with no movies centered on women. Instead, they keep on saying that they’re happy with the schedule they have and what movies they have planned. Similarly, DC is announcing a number of new movies as a follow up to their Batman v Superman: Dawn of Justice film and leading up to their Justice League movie. Now, according to a leaked schedule (which, honestly, may be totally made up), DC plans on finally releasing a Wonder Woman movie in 2017, but not until they’ve already released Batman v Superman, Shazam, Sandman and Justice League. 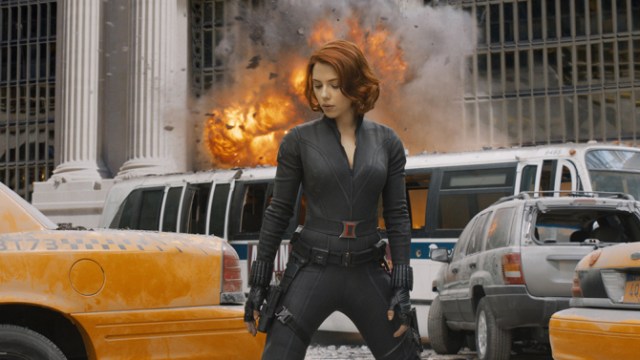 Yes, Black Widow is awesome in The Avengers, but just give her her own damn movie already!

It’s completely bizarre that it’s taking so long for either DC or Marvel (or perhaps we should be blaming Warner Bros and Disney) to make a movie about a female superhero. When women make up 46% of comic book readers and 52% of moviegoers, you would think that catering to us would be a natural step. There’s still a chance that either Marvel or DC will announce something at Comic Con, which is currently in progress, but if they do, it’s still much later than they should have. Thankfully, we still have independent comic book titles like Painkiller Jane to make the leap from the page to the screen to hold us over until that happens.