Model Andreja Pejic has been in the public spotlight for a few years, making big waves for her androgynous look and ability to model both menswear and womenswear flawlessly. She’s now in the news again after coming out publicly as a trans woman and announcing that she will start to exclusively model women’s fashion from now on. She says that she is supported by friends and her family in Australia. 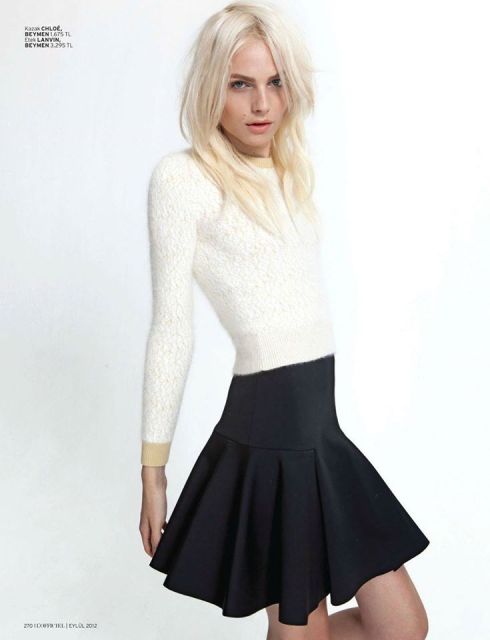 The news was shared exclusively with Entertainment Tonight, People.com (who still managed to send out an insensitive tweet despite working directly with Pejic) and Style.com. GLAAD also worked with Pejic in the week leading up to the announcement.

Pejic is young, but already has a number of impressive accomplishments on her resumé. She’s been working as a model since 2007 and has been on the cover of magazines like Elle and French Vogue, was named to the Out 100 list, won a NewNowNext award and co-starred in a David Bowie music video. She’s also slated to appear in Sophia Coppola’s upcoming live-action adaptation of The Little Mermaid (warning: misgendering at link). Here’s hoping that she continues to have an even bigger and bigger career as time goes on. 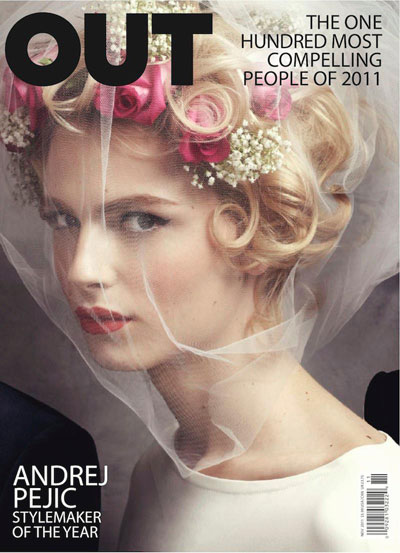 GLAAD reported that Pejic gave them a message to share with her fellow trans people, saying, “To all trans youth out there, I would like to say respect yourself and be proud of who you are. All human beings deserve equal treatment no matter their gender identity or sexuality. To be perceived as what you say you are is a basic human right.” She also took to her Facebook page to say, “As a transgender woman I hope to show that after transition (a life-saving process) one can be happy and successful in their new chapter without having to alienate their past.” On that page, Pejic thanks everyone who has supported her throughout her life and career.

I want to take this opportunity to thank all of you for the love and support throughout the years. You’ve all helped me through this journey and I have learned a lot and really come into my own and the response to today’s announcement truly overwhelmed me and reminds me of why I chose to do this publicly.

I think we all evolve as we get older and that’s normal but I like to think that my recent transition hasn’t made me into a different individual. Same person, no difference at all just a different sex :) I hope you can all understand that.

Pejic joins other trans models like Isis King, Ines Rau, Arisce Wanzer, Geena Rocero, Carmen Carrera and Lea T who have all been having some success in the past few years. Even though some people like Project Runway’s Tim Gunn aren’t exactly onboard with the “new” influx of trans models, this isn’t the first time trans women have walked the runway or been in front of the camera. There’s actually a long history that includes people like Roberta Close, Caroline Cossey, April Ashley and Amanda Lear who have had success modeling while being trans. Although the truth definitely stands that it’s much easier to be openly trans and a model now than it was during the time of their careers.

Other figures in the trans world have been pouring out their support for Pejic online. People like Laverne Cox, Janet Mock and Jen Richards have sent her love via twitter. Congratulations Andreja, and welcome to the trans sisterhood.