Our very own Robin Roemer is being featured at the Long Island City Arts Open this month and she’d love to see your queer little face in the crowd! You can get a sneak peak at the fine ladies of the 2013 calendar who are the subjects of Robin’s solo exhibition, check out pieces and performances from more than 200 other artists and perhaps even chat with Robin herself. What exactly will you be seeing? Think dreamy beachy scenes of bodacious and badass babes.

This is a portrait series shot of during one whole day at the beach of queer and lesbian identifying women. The project began as a calendar for Autostraddle.com, a lesbian pop culture website, but grew into an annual portrait introspective. I sought to capture images that would reflect feelings of freedom and comfort in their own skin. I was particularly interested in natural moments. I chose a simple expanse of sand and water where the horizon line is sometimes indistinguishable, and it was the perfect setting for a very personal and introspective look at each of these extraordinary women, among them a Miss California pageant contestant and a former Olympian.

As a photographer, documenting an entire day at the beach is a great challenge. The drastic change in light throughout the day and the ebb and flow of the tides adds an interesting contrast to an otherwise consistent series.

I loved coming away from this shoot knowing that many of these women are now friends, and I hope that these images reflect those bonds formed. 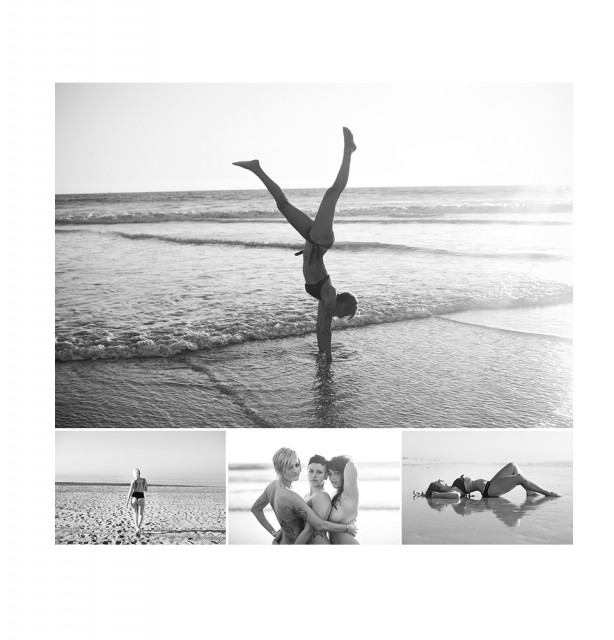