I am broke as fuck. And I’m going to make it anyways.

Sometimes, life gives you lemons – or a trust fund, a full scholarship, and/or a good-paying job at graduation. And sometimes, it doesn’t. Sometimes, you owe money to a lot of people, still work at your formerly part-time job from junior year, and/or can’t afford to eat and find yourself eating any form of communal food available in an effort to stay alive.

This is the third summer in a row that I am living paycheck-to-paycheck, eating on 10 dollars a week or less, and going without a slice of pizza for more hours in a row than 5. The past two summers, I made it. This one will be more difficult, but I’m going to make it nonetheless.

Being broke isn’t the end of the world. You can feel super alive during your broke periods by bumming cigarettes, picking wildflowers, and drinking a single 30-rack of Coors Banquet over a one-month period. If you have the right mindset and the right strategy, you can get through counting quarters for the bus, crying to your mom on the phone, and being pursued by no less than three different organizations for money. Being broke will be stressful, and it will be challenging, but you will make it.

The first thing you’re going to have to do when you’re broke is figure out how to survive. That means making a budget, and sticking to it. You’ll feel compelled to do this once you realize that when you go over one week, you have to go under the next week. Ramen does not taste good for more than six meals in a row, maximum. This is a proven fact.

Personal finance is no longer a course you can take for one credit or a phrase on a brochure at the bank. It’s your first priority at all times. Get into it! 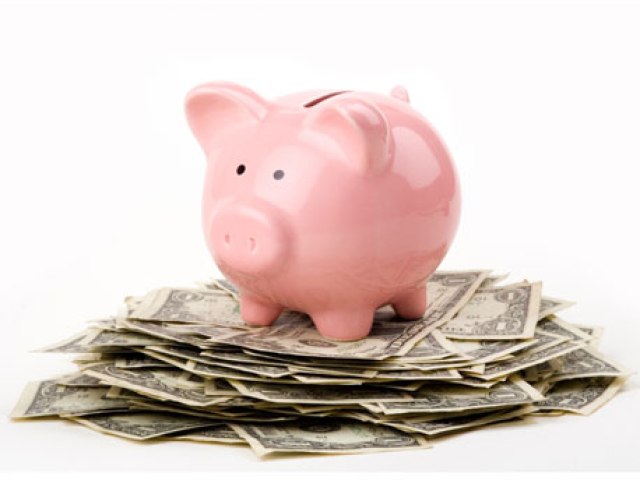 isn't this so adorable

When you’re creating a budget, you’re going to want to base it off of the activity you do the most. For me, it is a tie between the money spent partying every weekend and the money spent grocery shopping every Sunday. Thus, I recommend a one-week budget and a one-week-track mind for you. Start by making a spreadsheet. Make the following columns from left to right: Starting Amount, Rent, Utilities, Food, Fun, Pay, Final Amount. Then, make a row for each week. It’s pretty straightforward, right? Start with this week.

How much do you have in your bank accounts, pockets, and Smirnoff bottle full of change?  Put that under “starting amount.” Then, put the amount you are budgeting for rent, utilities, food, and fun in your budget. If you have a steady paycheck, plug in all of those numbers in advance. If not, predict it as best as you can and plug it in or leave it blank until you can. Predict all of your final amounts as well. The idea is to predict your entire month or a series of months as far in advance as possible so you can budget to the last cent. (You’ll be glad you did this when you’re tempted to steal string cheese at CVS, and then discover you could have afforded a bag.)

Aside from making a budget, though, is the overall idea that you should be attempting to cut back on everything as much as possible. Have a Netflix account with more than online streaming? Cut it back, and if your roommate also uses it, ask if they’ll split the bill. Really super like eating the most expensive fruit at the store, and not bananas? Grow the fuck up. Absolutely need that gym membership? Spend two more hours a day having sex. Live on as little as possible. stop buying yourself coffee immediately. As in, right now. Are you sipping on a latte? Even worse. Start buckling down and making your own coffee. Make sure to keep iced coffee ready and maybe even keep a batch at work in case you get tired and think about caving on a one dollar large Diet Coke. Clip coupons, grab free giveaways, and follow the free pizza signs. You’re broke as fuck now: prioritize and figure it out. Only keep what you really need and set the rest aside for the occasional indulgence, like a strawberry milkshake at McDonald’s.

If you want help managing your budget and/or are the worst person to manage personal finance since Carmen Marie Rios ever in recorded history, you’re going to want to utilize these tools:

+ Spentable: An app (I know you might not have an iPhone/Android because you’re broke, but I do and I’m broke, so things happen) that manages your budget for you, so long as you’re honest about what you spend.

+ Mint.com: A website and app that tracks your multiple bank accounts and allows you to input your budgeted money amount for each period. Mint.com will tell you exactly how much money you have after your shit is accounted for, and will prevent overdrafting, frantic calls home, and/or the use of loan sharks.

+ Online and Mobile Banking: You should be checking up on your accounts daily, and, if you have a smartphone – every time you spend money. Be responsible and accountable. You don’t want to pay fees for being late, being too broke to do the important shit, or having your gas reconnected so you can stop eating macaroni and cheese you made entirely in the microwave using nothing but noodles, water, and powder.

Actually, that brings me to my next thing:

When you’re broke, there are people that will be sympathetic to you. They include, but are not limited to: your mom, your relatives who still speak to you, a handful of your old friends from college, and your new roommate who just cooked a good dinner while you ate a bowl of rice again for the seventh time in the past four days. The people who will not include: your landlord and/or management company, any bill collection agency, your local grocer, and the bank branch manager at your most conveniently accessible location.

Being on top of your shit when you’re broke his important for a lot of reasons. First and foremost, it empowers you to feel less overwhelmed and gain clarity and control in the midst of what feels like an ongoing financial crisis. Second, it allows you to more easily deal with unexpected costs or mini-crises that result in minor panic attacks including 300 dollars of mysterious fees in your student checking account. Third, it enables you to appear responsible and mature when necessary, such as when you accidentally overdraft and call your bank to kindly ask that they forgive you just this once. Don’t let being broke be a crutch.

Don’t let it come to this:

td bank eventually came back and made it all up to me, it was great

Fine Print: If you’re struggling to really make ends meet / get through this at all, feel free to pull all the stops and be uncomfortably honest with the rest of the world about your situation. Also, please do not hesitate to ask people for help along the way if it means the difference between making it and not making it. Just know that in the end, you got three people.

Aside from being on top of your shit financially, you should also work immediately to do the following things: establish routines and regimens, find a journal, and discover how you can take care of yourself. Being broke or struggling financially can be extremely stressful and result in anxiety, drunk texting, emotional posting on Tumblr, and loud crying in communal areas while you are babysitting someone’s children. Prevent that. Establishing a routine will remind you that you have a purpose, a direction, and an end goal every day, as well as the fulfillment of achieving tasks and feeling accomplished. Writing down your emotions and having them in general will keep you sane, and will make for a good memoir when you’re famous. (This is part of my life plan.)

When I began a job in May of 2011 – which ended this past May – my predecessor told me, “find something that relaxes you.” I kind of scoffed at her, or maybe rolled my eyes. It was really rude, and I got kicked in the ass by karma for it because one week later I was crying on the sofa feeling like I’d done everything wrong I could ever do wrong in life. I soon discovered that taking Eli on long walks, making sure I always had my warm morning shower, and drinking coffee when I woke up could ease some of the stress I experienced every day in that work environment. Know what keeps you cool, calm, and collected – and commit to practicing it. Make space for it in your budget, make room for it in your life, and make it a priority.

Do what you love – and fuck the rest. Also, definitely watch Little Miss Sunshine. It will help.

3. Give Your Money to Someone Else (Like A Bank)

Banking and maintaining your banking well is going to be a benefit to you. If you’re a student, run to the nearest bank that gives you the best student checking deal and attempt to never reveal your graduation date. If you’re not, go to Find A Better Bank dot com to figure out who will serve you best without ripping you off. Also, maybe go to your local pride parade and see which banks march! That’s always fun. 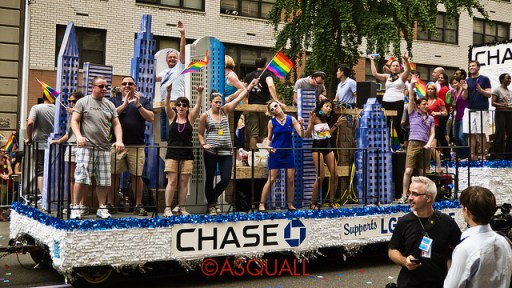 Managing my money by using mostly cards has made my life one hundred percent better for the past four years. The gifts mentioned above of online and mobile banking make it completely and totally feasible to control your finances from your phone or your laptop. Plus, seeing numbers is often easier than managing cash, and a lost card is replaceable – but not a lost twenty, ten, five, or wallet.

I refuse to give you advice on whether or not to use Direct Deposit. Often, it will enable you to access a checking account for free if you’re depositing a certain amount each month. But if not, sometimes waiting to deposit checks until you really fucking need them is super helpful to the broke and often tempted. That one is up to you.

Next: Food, fun, and being happy.