GLAAD released their annual Where We Are on TV report this week and things are looking better than ever! Kayla broke down a Blossom-less Riverdale by shaking everyone down into tops, bottoms, and switches. Dani wrote about Unbelievable and the culture of serial rapists. Valerie recapped Kelly and Alex’s dativersary on Supegirl. And To L and Back kicked off its third season.

+ Legacies hasn’t been explicitly queer lately but its queer ladies are up to magical mischief, as usual. Josie is going a little dark and Lizzie is struggling with her mental illness and Hope is just over here breaking my heart. And for what it’s worth, I still ship Hope and Josie now that Penelope is gone, and the first thing Hope said when worrying about telling Landon the truth about them having been in love was something along the lines of “What if Josie hates me” and not “what if Landon doesn’t love me again/anymore” so. There. — Valerie Anne

+ S.W.A.T. had a quasi-Chris centric episode this week, as the team rushes to save a human rights activist that’s been abducted. And while it’s always cool to see Chris be the hero, the way the show’s stepped away from addressing her personal life this season has left me frustrated. What happened to Ty and Kira? Why hasn’t the show dealt with the rift between Chris and Annie from last season? — Natalie

+ Heads up: my soapy summer fave, Ambitions, returns for the back half of its inaugural season on Tuesday night! — Natalie

Nancy Drew 105: “The Case of the Wayward Spirit”

Nancy Drew is getting SPOOKY, y’all! And the rational, matter-of-fact way Nancy is handling discovering ghosts are real is delighting me to no end. But delighting me even MORE is Bess slowly finding her place in this world. She revealed to Nancy last week that she’s actually British (eek!) but might be related to a local rich family. She came to Horseshoe Bay to find out and see what they were like, but then chickened out, hence the fake accent and the van. But this week, good ol’ Lisbeth popped up again! She’s been calling The Claw but Bess has been too nervous to call her back, despite some adorable encouragement from her platonic pal Ace. But then she ran into her potential gal pal at the gala the mystery team was infiltrating, and ends up giving Lisbeth her cell phone number. The episode ends for Bess when she finally works up the nerve to text Lisbeth to ask her to dinner, and Lisbeth agrees. 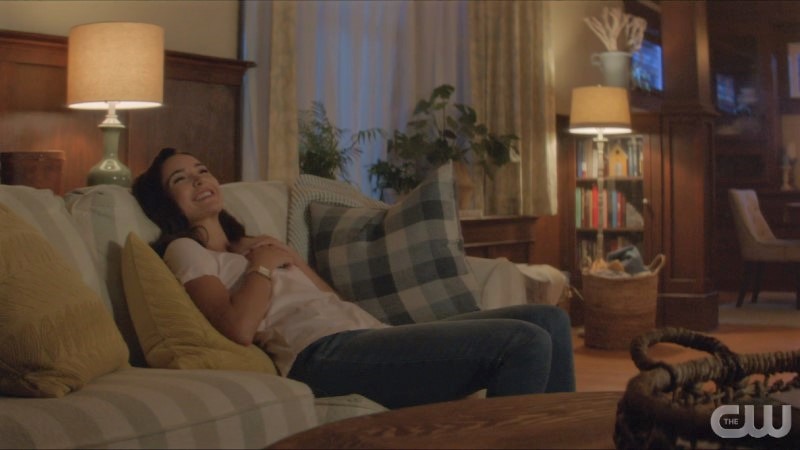 Me when Seamless says my food is on the way.

I’m excited to see what those crazy kids get up to next. Hope Lisbeth isn’t a supernatural skeptic! 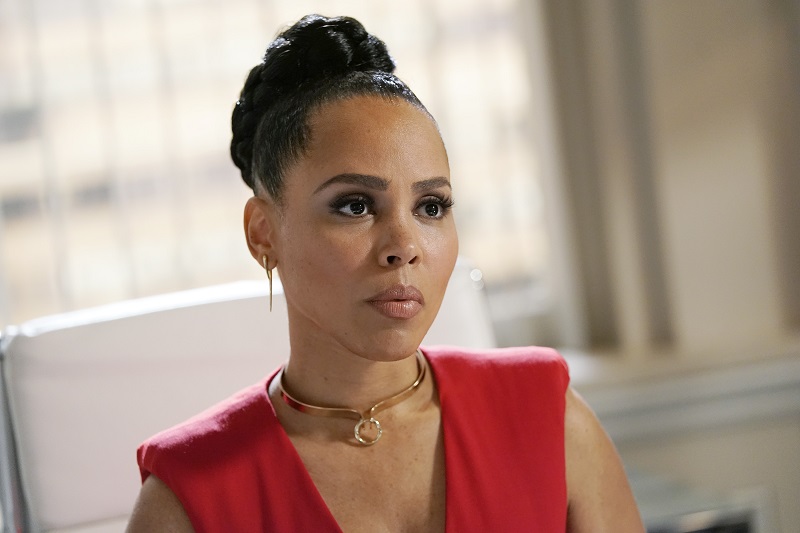 You coulda had a bad bitch, non-committal/ Help you with your career just a little…

We are seven episodes into How to Get Away With Murder‘s final season. Two episodes away from the OMFG moment that caps the fall finale. Eight episodes until the final chapter on Annalise Keating and her murdering mauraders is written. Given that timeline, it’s curious that HTGAWM would waste one of those precious hours on an episode that doesn’t move the plot forward in any substantive way (aside for those last few minutes). I know we’re all just going to blame it on the Castillos in the end anyway…but, at least, give the show room to stick the landing. But I digress…

Tegan invites Annalise into her office to introduce the firm’s newest client: Nate Lahey. Convinced by Annalise to cut Nate some slack, Tegan plans to file a wrongful death lawsuit against the state and explicitly naming Governor Kerry Weaver as one of the litigants. The move draws Annalise’s ire and she warns them both of the possible backlash. Tegan urges both of them to take the night and consider who’s being named in the lawsuit but Nate’s determined: they’re filing the suit, regardless of whether Annalise is on board. Fearful that Nate (and Bonnie) might discover that they killed an innocent man if the case moves forward, Annalise recruits “Bad Frank” to help scare Tegan off the case.

And while Annalise’s orders to Frank sound ominous — “scare her good,” she tells him — Tegan doesn’t end up physically hurt. Instead, “Good Frank” leaves Tegan a USB device filled with pictures of her ex, Cora. Worried that the Castillos might hurt Cora, Tegan withdraws as Nate’s counsel. Unbeknownst to Annalise, though, Nate’s recruited another attorney to help in wrongful death suit…the only person that needs Ronald Miller to be guilty as much as he does: Bonnie. She, seemingly, recognizes the Cora pictures as Frank’s handiwork, and volunteers to press on once Tegan has to step aside.

“We only move on by finally getting to the truth of what happened,” Bonnie explains to Frank later, much to his obvious chagrin. But perhaps Frank’s warnings aren’t without merit because, upon receipt of the lawsuit, Gov. Kerry Weaver directs Xavier Castillo to find out everything he can about Bonnie Winterbottom.

While all of this is going on, Annalise and her students are working outside the punitive walls of a courtroom. Gabriel pushes a restorative justice hearing for a Catholic school teacher who brought a gun to school, fearing a school shooting, and inadvertently killed one of his students. It’s an interesting glimpse inside a process that few even know exists and, ultimately, makes as good a case for not arming teachers as I’ve seen on television…but still, I’m not sure we need an entire episode devoted to it, this late in the game. That said, it did afford an interesting moment for Annalise: turns out, the teacher was gay and feared being outed by the student he shot.

“I know more than you’ll ever understand the self-hatred of being in this closet,” Annalise admits, as she coaxes her client to share his grief with the grieving grandparents.

We’ve heard more acknowledgement of Annalise’s sexuality this season than we ever have before — and I’m grateful for that — but every acknowledgement feels divorced from Annalise’s actions. On the one hand, she’s having all these epiphanies about her sexuality but on the other, she’s not even glancing in the direction of the viable lesbian love interest. How can those epiphanies not provoke exploration, especially when TEGAN PRICE IS STANDING RIGHT THERE?! 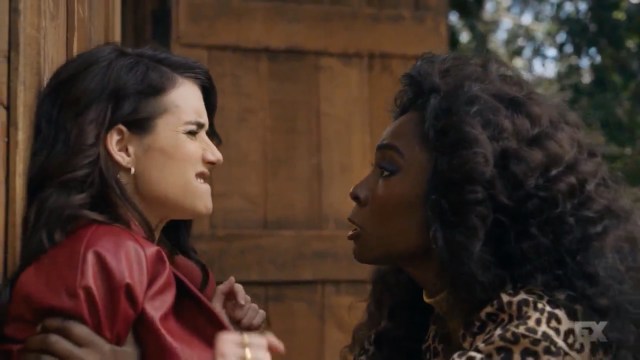 Romance may not be the focus of the season, but watching Montana and Trevor navigate their ghost/human relationship, and Margaret and Richard tout their “mutual admiration and deep sexual attraction,” I was left wondering why everyone was so straight.

I always want things to be gayer, but in the case of AHS: 1984, a campy, Ryan Murphy concoction, it just seems so obvious. How many times are Brooke and Donna going to pin each other to a wall before they just make out already??

This episode does introduce Stacy, a cute, eager, and amoral reporter for the National Enquirer. There’s nothing to signify that she’s gay except that she wears glasses which I’m pretty sure means she’s at least bi. Also her intense interest in Donna and Brooke, while driven by her desire for a story, does feel charged.

She confronts the pair revealing that she knows who they really are. They strike a deal and go with her to Camp Redwood. Brooke decides she has to die.

Right before Brooke can complete her first non-self-defense murder, Donna interferes, telling Stacy, “BITCH RUN!” Unfortunately, she runs right into Richard, Margaret, and a thumbless Bruce who have all teamed up, and kill her.

Donna tells Brooke they can’t cause any more harm. Brooke calls back to an earlier conversation and asks if they can both be the horror movie’s “final girl.” Donna says, yes.

That’s all well and good, but can our final girls also make out please?