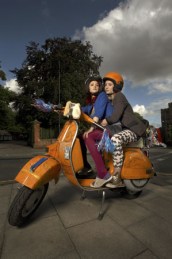 Prescott teased: “She has a bit of a roller-coaster ride in her episode!”

Asked if Emily/Naomi fans will be disappointed by what happens, she replied: “No, I don’t think so. I’m gonna give stuff away if I keep talking, but they won’t be disappointed!”

She added: “Naomi needs to appreciate Emily a bit more and Emily needs to be a bit tougher because otherwise Naomi will walk over her. But I don’t know how the series ends yet, so I don’t know what’s happening.” 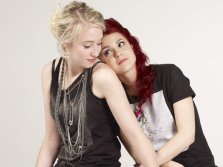 Episode 402 will be a “Naomi & Emily” episode, and spoilers are available here. If you missed their steamy Season Three romance, you can check out our recaps:

Skins Recap, just the Lesbian Parts: The Ballad of Naomi & Emily Part One

STUDY: Furthermore, the BBC has commissioned a wide-ranging study to investigate how lesbian, gay and bisexual people are portrayed on TV, radio and online. The three-part project will include will begin with a qualitative research study (in-depth interviews), which will determine the questions for a follow-up quantitative survey (a larger number of multiple-choice interviews) in a few months. Finally, the BBC also wants members of the public to contribute via a public consultation website. The Guardian UK Reports that the study will include those with homophobic views. The research will be published in summer and be made available to other broadcasters.

Once again we have the BBC ftw with the gays. Also in general for bringing us Absolutely Fabulous.

JENNY: Mia Kirshner debuted on Vampire Diaries last night. She’s going to appear in flashbacks as some dude’s wife who got killed by a vampire, solving the age old mystery of who killed Jenny. She was only in the ep for a moment, but she was super cute. Does this remind anyone of anything? TLW Season 1?

JENNY. IT IS MARINA. 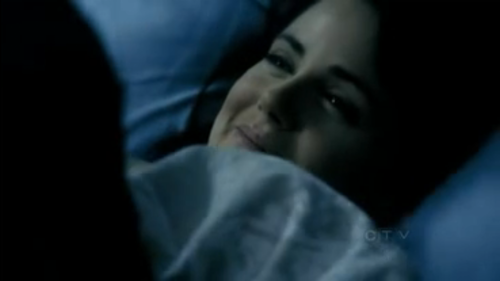 COMEDY: Hey NYC-straddlers – the funny (and VERY photogenic!) ladies of Candy Slice Comedy are performing tonight at Gotham City Improv at 10 p.m. $6 gets you in the door. Go check ’em out!

LILITH FAIR: New acts have been added to the lineup, including The Gossip, Heart, La Roux and Loretta Lynn (a;lksdfalsk)! Also, tour stops are listed! YOU GUYS. LILITH FAIR. 2010.

GREY’S: In case you didn’t catch Grey’s Anatomy last night, Callie & Arizona were super adorable. I’m glad those two are allowed to actually touch each other now! And continuing the gay theme, out actress Sarah Paulson will guest star on the show on Feb. 18, when she’ll play a younger version of Meredith’s mom. (@tvguide) 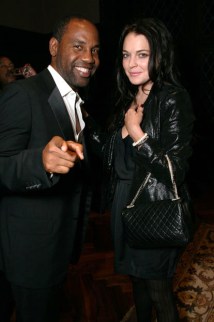 LILO: Lindsay Lohan went to a fundraiser for Haiti on Wednesday. And guess what?? She dyed her hair, guys. I have been hoping for this day for years. Sadly, she went with black, which looks just as unnatural as the blonde. What’s wrong with red, Lindsay?! Nothing, that’s what. (@radar)

JERSEY: So Jersey Shore ended last night, or something? I’m not really hip to that show yet, but I still enjoyed this EW mock-trailer for the Jersey Shore movie. Mila Kunis eating a pickle! (@popwatch)

HAPPY FEET: Brittany Murphy’s husband went on the Today Show and said some kind of odd things. Such as, “Hollywood is a village, and once you upset the villagers, they talk, and they gossip, and they rumor. And they have blood on their hands. And I hope they wash them with very hot water.” Can we just go back to working ‘sporadically’ into a sentence? (@jezebel)

Also, check out Autostraddle’s two new webseries AutoNatic and Julie & Brandy’s Box Office — we have a special teaser for you and it’s gonna be kickass!