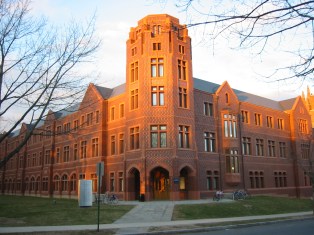 My senior year of high school when I learned the uniform requirement had been lifted for Halloween and needed to throw together a quickie costume (read: find a way to wear a hoodie and call it “a costume”), I strapped on some khakis, slipped on some boat shoes and fake glasses and donned the Yale Hoodie my then-boyfriend had brought me from his campus visit and said I was going as a “smart person.”

In the twelve years since that Halloween, I have clearly evolved into a genuinely smart person and therefore will be addressing a room of other smart people this Sunday, February 5th at 6:00 PM. I will probably not be wearing a hoodie. You should be there, it’s only a hop/skip/jump away from New York City.

If you had plans to watch the Super Bowl, you should probably change your plans.

Event Description: Let’s be honest, talking about sex can be really difficult. Talking about sex in an inclusive, sensitive, and informative way is even more difficult. This panel, made up of prominent feminist and queer writers who tackle the world of sex with their words on a daily basis, will provide a space in which to explore the question of sex-positive advocacy through writing, a highly relevant issue for many students on this campus. Panelists will offer their own experiences of the challenges and successes of writing about sex, and then enter into a discussion of relevant questions: what is sex-positive writing? How can we write in sex-positive ways? And, perhaps most importantly, how can writing about sex be a form of activism in and of itself? The panel will be moderated by a writer from Q Magazine.

As you may remember from when Yale Alum Brittani (aka an actual real life Smart Person, not just one who dresses up like a smart person for Halloween) wrote about it, Yale cancelled Sex Week this year. This decision seemed primarily inspired by a Title IX lawsuit filed against Yale last year which cited Yale as a sexually hostile environment for women which prevents women from participating in campus life as fully as men. Canceling Sex Week was a really bizarre way to address this, as Brittani pointed out in her piece. One consistent complaint about Sex Week was that it had become too porn-focused.

Here’s what we’re all about: 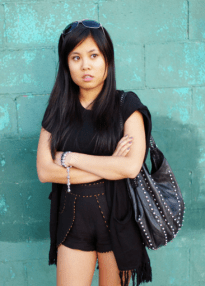 Lena Chen is a Boston-based writer and the author of the blog Sex and the Ivy, which she wrote as an undergraduate at Harvard, which she graduated from in 2010. She has contributed personal essays and reportage on sex and gender to a variety of online and print publications, including The American Prospect, The Boston Globe Magazine, The Sydney Morning Herald, Glamour, and Salon. She produces Sex Really with Lena Chen for Bedsider.org, a project of The National Campaign To Prevent Teen & Unplanned Pregnancy, and hosts Sexy Times, a web series about health, sex, and relationships debuting in January 2012 on gURL.com, Alloy Digital’s award-winning alternative web portal for adolescent girls. She organized the Rethinking Virginity Conference, is the co-founder of Feminist Pride Day (formerly Feminist Coming Out Day) and the Feminist Portrait Project, which have since become incorporated into the Feminist Majority Foundation’s national campus programming. Lena has served on the Leadership Council for Bitch Magazine, been recognized as a young feminist leader by More Magazine, and named a Progressive Women’s Voices fellow at the Women’s Media Center. Her current blog, The Chicktionary, is a chronicle of her daily life and likes, as well as all things feminist, queer, or otherwise radical. 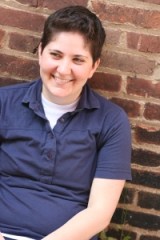 Miriam Zoila Pérez has been working in the reproductive justice movement for over seven years, both online and off, including more than five years working with the National Latina Institute for Reproductive Health (NLIRH). She works as a consultant for NLIRH and other social justice non-profits, focusing on online communications. She is the founder of Radical Doula, a blog that covers the intersections of birth activism and social justice from a doula’s perspective. You might also know her from her work at Feministing.com, where she is an Editor. Her writing has appeared in Bitch Magazine, The Nation, RH Reality Check, Alternet, The American Prospect and she is a frequent contributor to Colorlines. Pérez’s work has appeared in a number of anthologies, including Click, Yes Means Yes and Persistence. She was chosen as a 2010 Lambda Literary Foundation Emerging LGBT Voice in Non-Fiction. 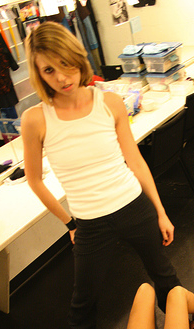 Riese Bernard is the founder, editor-in-chief and CEO of Autostraddle.com, the world’s most popular independently-owned lesbian website. She’s an award-winning writer, blogger, fictionist, copywriter, video-maker and aspiring cyber-performance artist who grew up in Michigan, got wise in New York City, and now lives in the San Francisco area. Her work has appeared in ten books, magazines including Marie Claire, GO, Curve, $pread, Interlude, Listen, NeXt, The Sarah Lawrence Review and College Bound Teen; and all over the web including Nerve.com, Jezebel, OurChart, Emily Books, The L Word Online and Suspect Thoughts. She has produced videos for Autostraddle, Broadway World and Wingspan Pictures and starred in Showtime’s record-breaking Lezberado webseries. Her personal blog, This Girl Called Automatic Win, is a thing and won a lot of awards. A graduate of Interlochen Arts Academy, The University of Michigan and The Olive Garden’s week-long training intensive; she enjoys eating foods, having big ideas, reading books & talking to her stuffed dog, Tinkerbell.

This is the description of Sex Week:

Sex Week 2012 (SWAY) seeks to cultivate a forum for engaging and meaningful discussions about sexuality, intimacy, and relationships. Our goal is to provide students with events and resources that increase self-awareness and understanding of sexual topics. We hope to promote students’ agency in making educated decisions and to foster a sexual environment that is respectful, well-informed, and intellectually engaged.

We recognize that this is not a goal that can be achieved in one week. This conversation is and should be ongoing because sex and sexuality are contextualized within the dynamics of our personal and social lives. However, Sex Week 2012 is an opportunity to shed new light on this conversation and share a common space for the multiplicity of discourses that engage the wide diversity of our student body.

Sexual culture is not homogeneous. We differ not only in the way we understand sexual culture, but also in the way we negotiate our place inside of it. Conversations about sexuality matter to us because they implicate ideas about what we should and should not do with our bodies; ideas that affect not only our physical, emotional, and mental well-being, but also the social environment around us.

Okay see you there!