This year’s Lambda Literary Award finalists have been announced.

The internet did not kill zines, writes Jenna Wortham:

“Karen Gisonny is the periodicals librarian at the New York Public Library and specializes in alternative publications and zines. We’ve spoken over the years about alternative media and the role that it plays among the people who make it and consume it. She noted that zines allow for an “element of freedom that’s not beholden to anyone.” We think of the web as a place for freedom, but with zines, authors control every aspect, from the design to the distribution. When I visited her at the library, she showed me some of her newest acquisitions, which included the first issue of Dr. RAD’s Queer Health Show, a guide for self-exams and checkups for all gendered bodies, and Blue Collar Review, a journal of progressive working-class literature that is made in Virginia. She explained that zines could be seen as a historical record of the current moment. To their creators, zines can feel like necessary means of defiance, even resistance to cultural norms that rarely acknowledge them.”

The Bronx has zero bookstores right now, but Noelle Santos’s The Lit Bar, a forthcoming independent bookstore-bar, will hopefully change that. 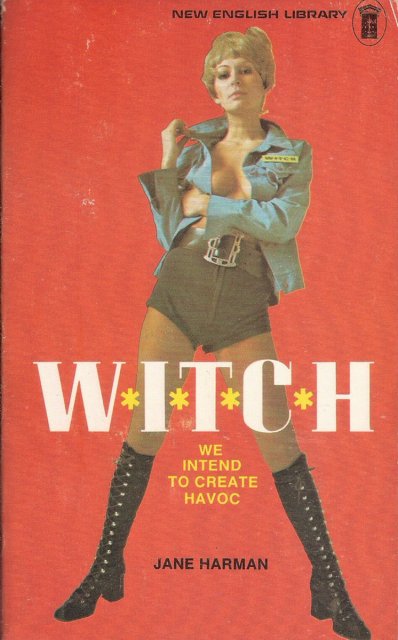 from the New English Library, via the pulp librarian

“If you gather a handful of women together and one of them speaks of abuse at the hands of mentor, boss, or partner, it is like opening a tap,” write Erin Coughlin Hollowell. At LitHub, 11 women discuss sexual assault in creative fields.

Photography can be an interruption, notes photographer Tonika Johnson in an interview at the Establishment.

At the Paris Review, Larissa Pham writes about Eve Babitz, frivolity, and the dream of California, noting:

“I wanted pools and pool paintings, sparkles and spangled reflections under that hazy golden California light; I wanted to make abstract canvases covered in pink glitter while next to me some turquoise sky stretched off into an Umberto Eco–esque hyperreal.”

How do you trace women as scribes in early manuscripts?

“We’re all trying to cobble together a self we can live with from the pieces we’re offered, but sometimes, we’re handed a piece so powerful it overwhelms everything around it.” At Hazlitt, Haley Cullingham, Safy-Hallan Farah, Larissa Pham and Sarah Nicole Prickett discuss Cat Marnell’s How To Murder Your Life, addiction, self-delusion, self-preservation and more.

At Jezebel, Kate Dries interviews Ariel Levy on The Rules Do Not Apply, and notes: “In reflecting on her own life, Levy’s tone is deeply honest, and at the same time manages to not be defensive or apologetic about her decisions; she’s not judgmental, but remains highly inquisitive. It’s a delicate balance, one rarely pulled off.” And in an interview at Nylon, Levy discusses “embrac[ing] the experience that is yours.”