On September 15th, in the Report to the President and Fellows of Yale University of the Advisory Committee on Campus Climate, it was announced that Yale has banned the use of its name and facilities for the biennial February event, Sex Week at Yale. Sex Week at Yale describes itself as a “campus-wide interdisciplinary sex education program designed to pique students’ interest through creative, interactive, and exciting programming.” The report claims Sex Week’s most recent iterations have not promoted healthy discourse on campus. As an alum, this saddens me, as it makes Yale approximately 3% less cool.

As a place that promotes and supports free speech, why does this fall outside the limits of protected activities? It can’t simply be banned because it’s offensive to some. And even then, what’s offensive about it? Who decides if it’s offensive? Isn’t that one of the reasons bans are often a last ditch effort… because we can’t trust those that get to make these decisions to judge a situation objectively?

The administration claims that Sex Week has lost its way, and proof of this lies in student’s possibly receiving financial incentives from corporate sponsors. I think we all know this is bullshit and the reasons for the sudden pull of support for the event lie in the PR shit storm the school has been enduring the past few years regarding the various scandals that have cropped up. I mean, I have a lot of free underwear from my time at Yale and only about half of them are from Sex Week. 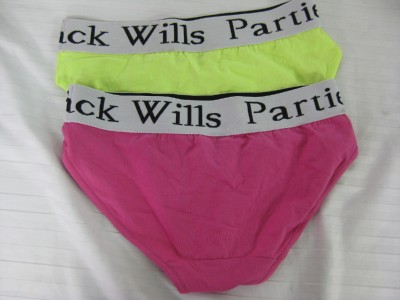 If you know anyone that went to Yale, they probably have a pair of these.

I imagine those in charge all looked at each other constantly murmuring various iterations of the sentiment that they had to do SOMETHING. Well, this isn’t it. To ditch this event in reaction to rape chants, Title IX violations, and poor sexual assault claim practices wraps these issues up with the very broad and very rich idea of sex itself. The problem isn’t sex. The problem is people. The problem is privilege. And the problem is that they think stopping this event gives off the illusion of change when they still aren’t actually getting to the root of the issues at hand.

Constantly equating a hook-up culture with a sexual assault culture is problematic. Some of the most honest, frank, and hilarious discussions I’ve had about sex happened during Sex Week. But most of them didn’t. Because Sex Week is just that. A week. Whether the administration realizes it or not, every week is sex week at Yale (except maybe finals). It’s not what’s being said in the open that’s the problem. It’s what said behind closed doors in hushed tones, what’s emailed student to student, and what’s pushed aside by the committee that hears sexual assault grievances that creates an unsafe environment. When the administration has dealt with their own failings, maybe then they can worry about who’s getting free condoms.