Sometimes a thing that happens on the day of your birth is you get a birthmark! Sometimes, however, you do not! Here are the stories of the birthmarks on the bodies of our team members.

I have a birthmark in the shape a capital E on my butt. That is a true thing. No one ever believes me until I show it to them, and then the reaction is always awe. I don’t think about it anymore ’cause there’s never any new people looking at my butt, and I’m not really ever looking at it either, but when someone brings up birthmarks it always makes me giggle.

I have a birthmark on my head but I can’t see it and I don’t want to! Hairstylists tell me about it and I’m like, yes I’m aware, but I’d rather not be too aware. Just another thing to obsess over, you know?

Technically, the birthmarks I’m referring to are post-womb and manmade, but they’ve been there since I was a couple months old so I’m counting them. I was born with cysts through both of my ovaries (whatever higher power is out there for sure did not want me to reproduce, which I get!) that had to be removed, which left me with two identical scars. The other day I noticed them and really had a think about how the same scars that were on me as an INFANT have grown at the exact rate of my adult body. That had me fucked up! That my skin has just continued to stretch over my bones in such a way that two small slits remain two small slits is so unsettling to me. They’re too faint for anyone to notice, so this journey remains a solitary one.

I have a small, reddish mark on the underside of my left breast that I often briefly freak out about and wonder if it’s a sign of breast cancer before I remember that it’s always there and never moves or changes, which is what a birthmark is. No one has ever commented on it, which feels positive because if someone can see my tits but their train of thought is “hm, does she have any identifying marks,” that’s not a great sign. Maybe someday someone will notice it, and I’ll know I’ve found my true love, like in that short story “The Birthmark!” (This is a joke, please do not correct me about it, I was an English major too.)

I have two birthmarks: a red diamond shape on my left forearm, and a splatter of pink on my back at the base of my neck. My family called the diamond shaped one my stork bite (even though that is technically a totally different type of birthmark) because it looks like something with a pointed beak bit me on the arm, which could very well explain my everlasting fear of birds. Anyway I’ve always loved this birthmark because people used to comment on it a lot and would always think it was a burn, and I get to be like, “no, this is just one of the many things that sets me apart from everyone else on this earth.” I actually wasn’t aware of the one on my back until Holly E. pointed it out to me in 2nd grade because she thought I had a rash and she was gravely worried for me. I gave my mother the silent treatment for a full night for not telling me about it sooner and making me find out from a girl sitting behind me who thought I might be contagious.

I (unfortunately) don’t have a birthmark, but what I do have are a ton of weird scars from the early days of my life, which I spent in a hospital incubator. Bet you didn’t think that’s what you’d get when you clicked on this roundtable! Anyway. I didn’t really notice them until a few years ago when I caught sight of one during a breast exam and, like Rachel, briefly wondered whether that Meant Something. I went to see my doctor, who was similarly perplexed until she spotted a companion mark on my collarbone and asked whether I’d been intubated as an infant. When I proudly declared my NICU veteran status, she informed me that the scars are definitely relics of my breathing tubes, which is both fascinating and a little dark. I was one tough baby.

Um mine are called a beauty marks, thank you very much. At least, that’s what my mom and Nana always called the little brown circles; one on the bottom of my right earlobe, and one on the inside of my left middle finger. The right one always made people think I had one more ear piercing than I did (even though it’s darker than the holes that are piercings and in a weird spot you would never pierce) but it’s been a while since I was of an age for people to be asking about my ear piercings. Sometimes, when I was little, my Nana would pretend to try to wash off the one on my finger at bedtime until I protested. (At least, I think she was pretending.) I hated that one for a long time and used to wear rings to cover it but now I don’t think about it much, and when the topic comes up IRL it’s fun to be able to lovingly flip people off to show them.

I think there’s one actual birthmark on my back somewhere that I can’t see without hand mirror gymnastics. I don’t have any feels about it. I have a bunch of marks that are most likely human-made that I have a lot of feelings about. Because I’ve had these since I’ve had any record of existing (as 17-month-old adoptee with no birth records), they’re kind of like birthmarks to me. They’re definitely a part of my skin story, if that makes sense. There’s one perfect circle on the back of my thigh that kind of looks like a healed cigarette burn scar. There are two large burns on my right arm that were all angry and dark when I was very little, but have faded to gentle soft, bumpy patches over time. I have what look like tiny acne scars on my cheeks; I’ve had them since I arrived in the U.S. My pediatrician thinks they may be chicken pox scars since I test positive for antibodies and never got it when I was exposed as a little kid. I also have a thick scar on my arm that looks exactly like a smallpox vaccine scar, which I’ve had since Korea, too. They don’t vaccinate for smallpox in the U.S. anymore, so it’s always one that stood out as different.

My brother got the cool birthmarks, but my one “exciting” birthmark is on the back of my left  hand between my thumb and first finger. It’s just a bunch of less-pigmented small blotches covering about an inch in diameter. I remember when we were doing the makeup unit of stagecrafts in undergrad, we used our hands to find our base color (something only white people should do btw) and the professor told me it was “weird” and that I should use my lighter pigmentation as my makeup color. I rolled my eyes at her and told her that would be at least three shades lighter than my face, so I was good without her advice. I’ve noticed more spots as I’ve gotten older which makes me think that it might be vitiligo, since I’ve got family members with the disease. I still think they’re cool as hell though.

I haven’t thought about this in ages, but yes I DO have a birthmark and I used to love showing it off cause it’s under my left boob. Or, well, it was. It kind of faded year by year and now it’s just a small collection of lighter skinned dots where the full on swoosh in the shape of a surfboard used to be. I remember being really in love with my birthmark as a child cause it was lighter brown than the rest of my skin and I didn’t yet know what shadeism was. Then after I hit puberty and realized I had to lift my new boobs out of the way to expose my birthmark i just got REALLY excited about any chance that came up to show off birth marks which, surprisingly, was often. Is that a thing that people just talk about birthmarks more as children and teens? Anyway I feel completely indifferent to it now and have grown out of flashing about it.

I never get anything cool.

I have a birthmark on my hip that I’ve gotten comments on from people who have seen me without my pants on, ahem, but it doesn’t really look like anything except maybe a tiny island? The marking that has earned the most attention is a freckle on my ear, on the scapha and under the helix. People I’ve dated and hairdressers I have not dated have commented on it, telling me it’s cute. That’s fine, I just forget about it.

I have a birthmark on my left thigh, near my knee cap. I convinced myself as a kid that it was from snapping my computer (keep in mind this was the early 90s so it was like more of a black and white game console that mimicked a laptop and I used my imagination to make a computer) on my thigh in the middle of the night because I was supposed to be asleep and suddenly the creak from the hallway let me know my parents were checking and I tried to make it seem like I was like…doing what I was supposed to do. But then I told my mom that, and she was like, “That’s not how birthmarks work.” So, I just got a little splat on my thigh from getting birthed I guess.

I don’t have any birthmarks but I hate feeling left out so I tried to think of something to share here and I’ve decided to tell you that I have a weird dent in my upper left thigh! My body has lots of dents and dimples, as fat bodies do, but this one has been present and pronounced for as long as I can remember, even when I was a fairly thin little kid. I’ve asked my mom about it and she said it’s because a doctor once gave me a booster shot there and fucked it up, but now that I’m typing that it seems extremely unlikely and now I’m wondering if I’ve made the entire thing up: the reasoning my mom provided for the dent, the fact that I even asked my mom about it, maybe I made the dent up too!

…Okay I just checked and the upper thigh dent is still there, thriving, but that’s all I know for sure. 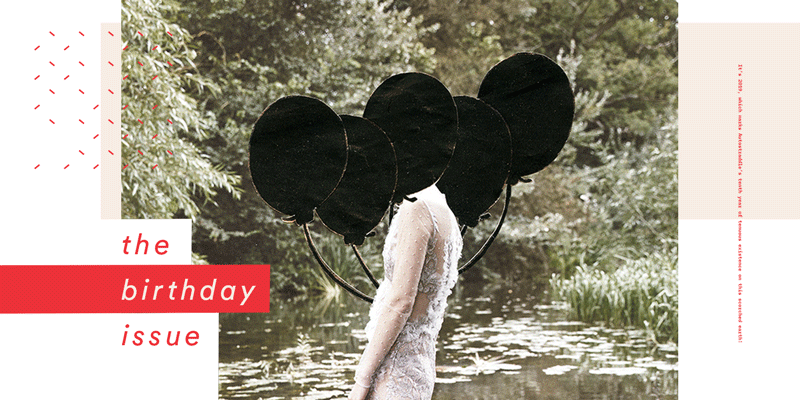