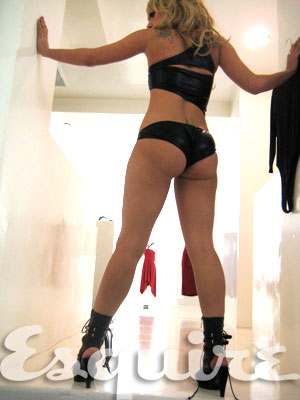 “We went around the corner to some shithole, and after we had a few drinks and her music hit me again, I told her that even though I had been to the bar a hundred times, I suddenly felt as if I were in a Lady Gaga song — it felt different because of her. And it was true. Her music is about doing, and it’s about possibility. It’s exciting. You can hear her belief that there’s much more to come — sex, love, money, fame, exhibitionism, success.”

It’s a gorgeously well-written piece accompanied by a bunch of old photos of Gaga with according anecdotes. Even in the past, she was laying a foundation for how she’d be talked about in the future:

On Saturdays we would sit on the floor of her bare Lower East Side apartment, drinking wine from pint glasses. I would read drafts of my novel to her while she lay on the floor, head in my lap. Every once in a while we’d take a Springsteen break. (She loves “Thunder Road.”) She would use the drafts as blank pages to write notes, workshopping her career plan. 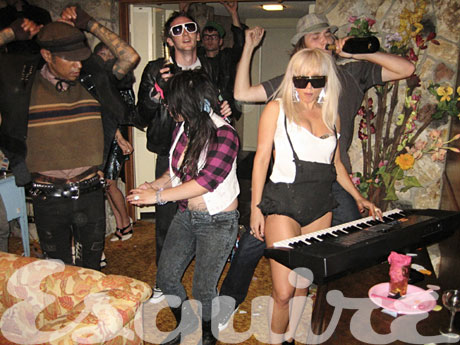 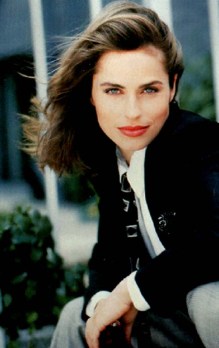 Crystal Chappell of Days of Our Lives and the webseries Venice was in Colorado for HRC’s Mile High Gala, also attended by Real World DC’s Mike Manning. There she did an interview with OutFront Colorado where she once again confirmed that she is attracted to both men & women. Howevs, she is presently married to soap opera actor Michael Sabatino, sorry ladies!

MK: You are coming to Colorado as the special guest for HRC’s Mile High Gala, and many gay men and lesbians are huge fans of soap operas and of you. Why do you think that you are so popular with the LGBT community?
Crystal Chappell: I think it really began with the Otalia storyline on Guiding Light. It was a story that represented the gay and lesbian community, and at a time when there isn’t a lot of gay content out there. I think it really has a lot to do with the exposure of that story, and I have many, many gay friends and am a big supporter of equal rights. I am very grateful for the encouragement that the community gives me to keep moving forward.

MK: You play a lesbian character on Venice. What is that like for you as a straight woman and how did you prepare for your part?
Crystal Chappell: I did not have to do much to prepare. I am equally attracted to men and women and I like both genders, so it is not an issue for me. You are attracted to who you are attracted to and fall in love with who you fall in love with. This is who my character is – a gay woman. It wasn’t difficult to understand or portray her.

TVG: Alright, let’s send the Otalia fans into a tizzy — what’s been your gay experience in real life? I know you’re a human being first, but did you always have gay friends? Did you dabble/experiment? The fact that you have become a super-gay icon is not an easy feat to accomplish, but it’s clear you are a part of our community because you get us, much like Madonna.
CC: I’ve always had gay friends. To me, it’s a non-issue. I consider myself a very open and sexual person. Homo or hetero — it doesn’t matter; I’m available to life. I fell in love with my husband, but I could have easily fallen in love with a woman.

TVG: [Joking] OK, now I’m worried for Michael’s safety! [Seriously] Let’s talk about your kids, Jacob and Dylan. What do they know about the Otalia phenomenon and what have you taught them about homosexuality? I would venture to say that they are going to be pretty evolved adults when they grow up.
CC: Because we have such a large group of gay friends in our life, this is nothing new to them. But we did have to explain to them that gays can’t get married in the state of California. So they get it, but they know gays still have to fight for equality. As for Otalia, they treated it like any other love story I’ve played before. Listen, they were more traumatized by the fact that I ran Ava over with a car! [Laughs]

REAL L WORD:
Tonight Showtime is offering a sneak peek of The Real L Word: Los Angeles after Nurse Jackie and The United States of Tara:

Each cast member will tease her own individual story — the good, bad and sometimes ugly — that will be revealed in the nine-episode season, which will premiere on Showtime on Sunday, June 20th at 10pm PT/ET. The series is sure to challenge stereotypes and prove, unequivocally, that lesbians can be every bit as glamorous, fashionable, fabulous and even as cutthroat as those hetero housewives.

Also, Autostraddle.com’s Nat Garcia recently did a photoshoot for Lucky Dog Leather and Bound Magazine, featuring The Real L Word‘s Tracy Ryerson as well as Jill Bennett and Cathy DeBuono of We Have to Stop Now. 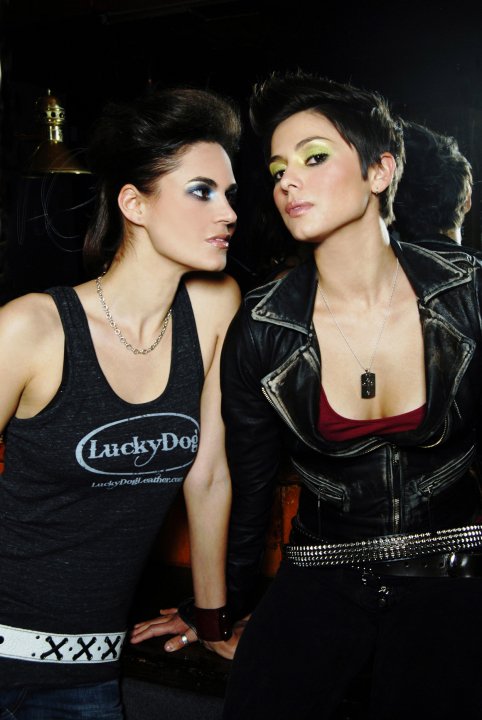 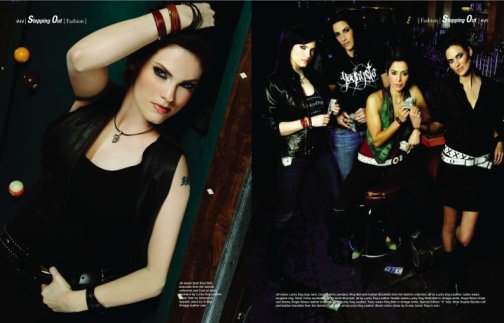 Adam Lambert also dropped in at G-A-Y in London to promote the May 3rd UK release of his album, For Your Entertainment. Glambert is proving to be huge draw overseas as well as domestically — What Do You Want From Me is #1 in Germany and his June 5 show at Starland Ballroom is one of the fastest sellouts in venue history.

On the April 24, Jonny Weir tweeted: I refuse to fit into a box that is predetermined for me. I am happy living my life as it comes to me. Let me enjoy it. I love everyone, and Adam wrote back Hallelujah. (We think that’s how it went).

MELISSA ETHERIDGE: The Eth talks to Babble about Fearless Love.

Babble: What advice do you have for moms who have less traditional families?

ME: Live fearlessly — for yourself and your children. Know that the love you have for your kids is the only fuel they need and the only thing that will protect them and yourself. Know that love is more powerful than anyone’s fear or anyone’s misunderstanding of your life and your happiness.”

RUPAUL’S DRAG RACE:
RuPaul’s Drag Race two-and-a-half-hour finale extravaganza starts tonight at 9 on Logo! The season finale will be followed by an all-new episode of Untuckd and then an outrageous reunion special.

OMG, TONIGHT!!!! IMPORTANT: Tune in to LogoTV.com tonight for the massive ladyboy-fest that will be the Season 2 Finale of RuPaul’s Drag Race. From 8:30 pm to 10:15 pm ET Jon and I will be broadcasting live online from the Drag Race Finale event here in NYC. We’ll interview the 3 finalists, plus Pandora Boxx, Sahara Davenport and more!

And also during the finale tonight, you can join a Live-Blogging Finale Event at LogoTV.com featuring Michelle Collins of BestWeekEver.tv, Tanner Stransky of Entertainment Weekly, Jarett Wieselman of the NY Post’s PopWrap blog, Rich Juzwiak of VH1 Blog, Tom and Lorenzo of Project Rungay and others!

JILL SOBULE:
Jill Sobule, the original pop star who “kissed a girl” back in 1995, has a new side project dedicated entirely to professing her love of bears. (@queer sighted)

GLEE:
Emily Nussbaum on GLEE:“For many viewers, the villainous cheerleading coach Sue Sylvester (Jane Lynch) has been the show’s breakout star. But Sue doesn’t interest me as much as Chris Colfer, who plays an effeminate boy named Kurt… There have been other gay-teen plots, including the beautiful lesbian romance on Once and Again, and Rickie Vasquez on My So-Called Life. But there’s something at once original and old-fashioned about Glee’s evocation of doomed drag-queen longing in a young boy’s body.” (@nymag)

IN YOUR BOX OFFICE:

Episode Five of Julie & Brandy in Your Box Office is UP! Watch it now & Share Your Feelings!!