We were so busy celebrating Passover and getting pumped for A-Camp that we completely overlooked Texts From Hillary Clinton! Here’s some other things we miss this week. 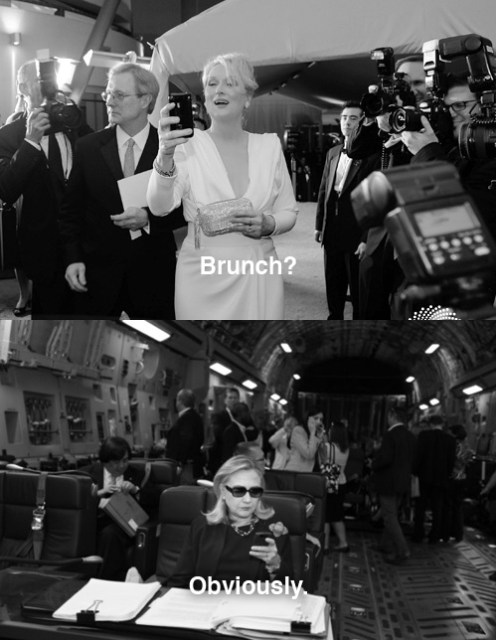 + Vaginal Bleaching: A new Indian product called Clean and Dry Intimate actually whitens your vulva so no one will ever have to have a naturally colored body part ever again. The currently running TV ad features a couple whose morning was almost ruined by the woman’s failure to bleach her vag. This makes me want to cross my legs forever.

+ TransPasses: The Southeastern Pennsylvania Transportation Authority (SEPTA) announced that Philadelphia’s monthly transit passes would no longer include gender stickers by 2013. The ironically named TransPasses had been causing discrimination and violence towards trans* riders since the stickers were adopted in the 1980s to reduce pass sharing. Unfortunately, removing the stickers requires public hearings, but SEPTA expects the gender stickers to be removed during 2013.

+ Beyonce: In breaking Beyonce news, the pop star has written a hand written open letter to Michelle Obama thanking the First Lady for all that she does and calling her “the ULTIMATE example of a truly strong African American woman.” 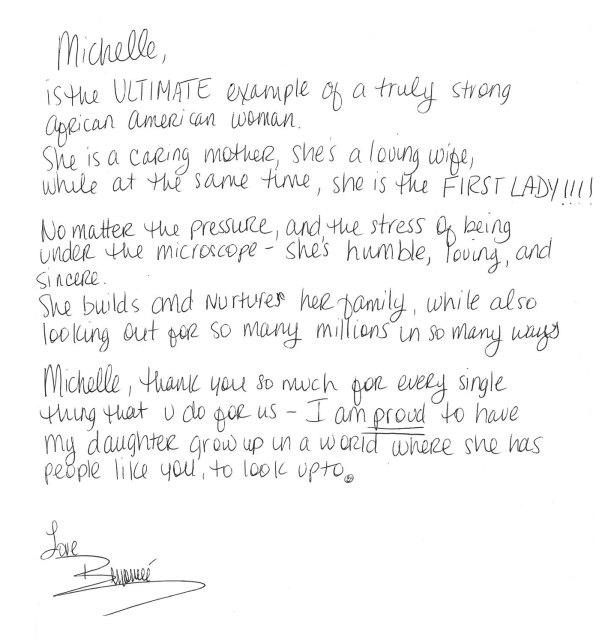 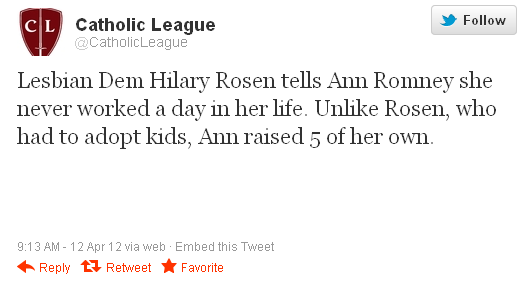 + Russia: Sergey Kondrashov was arrested in St. Petersburg on Sunday for holding a sign that said “A dear family friend is lesbian. My wife and I love and respect her… and her family is just as equal as ours.” Kondrashov, who is straight, was picketing outside of Oktobersky Concert Hall as part of a larger movement of “single person pickets.” Kondrashov is circulating a petition letter to Russian Prime Minister Vladimir Putin detailing his arrest. Kondrashov faces fines and up to 15 days in prison.

+ Sinking Ships: To make the 100 year anniversary of the tragic sinking of the Titanic, the right wing organization Truth in Action Ministries released a short anti-gay video claiming “the homosexual agenda is the moral iceberg that we need to steer clear of.” Awesome. You’re never going to make it through the full length video, so Right Wing Watch put together some clips so you can get the gist in a minute:

+ Science: Boston University has released a study saying supportive parents improve long-term health for LGBT individuals. The study surveyed 5,658 adults ages 18-64 in Massachusetts and found that not only did two-thirds of LGBT adults receive parental support when coming out, “incidence of mental health and substance abuse problems was significantly lower than those who did not receive support.” Additionally, the study found that “coming out… was generally associated with better health for lesbian and bisexual women, but that this was not similarly true for gay and bisexual men.” The authors suggested this may be related to the way men and women processes the stress associated with being closeted.

+ Dallas: A letter written by Rev. Willie J.Howard advocating for Keryl Douglas over openly gay candidate Lane Lewis for Harris County Democratic Party chair remains of questionable origin. Howard warned, “If the gays take over we are poised to lose everything we have worked for during President Obama’s historic win.” Douglas denies any connection with the letter or Howard, who has not identified himself nor can his church be found on Google. Rep. Garnet Coleman, D-Houston, warned that this is could be an attempt to divide Democrats by pitting African-Americans against the gay community in Houston. 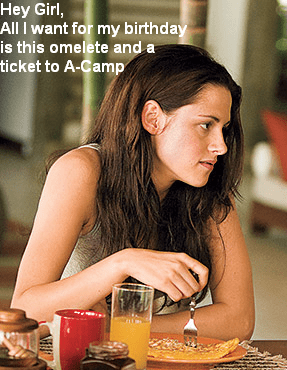 + KStew: April 9th was Kristen Stewart’s birthday and apparently tons of women are now identifying as Krisbians— women who identify as straight except for they would totally do it with KStew.

+ LA: The L.A. Gay & Lesbian Center has protested the Manhattan Beach police’s plan to release the mugshots and names of 18 men arrested in an undercover sex sting at a public restroom. Manhattan Beach Police Chief Eve Irvine claimed the release was simply consistent with procedure and “never our intention to humiliate anyone, whether they are heterosexual or homosexual.” Darrel Cummings, the center’s chief of staff pointed out that “historically, charges such as those leveled against them have involved police entrapment… Publishing their photos serves no purpose other than to humiliate and destroy their lives.” The case will go to the district attorney’s office.