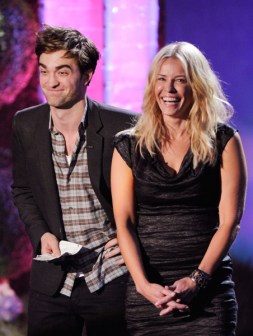 Sure, The MTV Movie Awards have never been known for bestowing great rewards upon spectacular works of cinematic genius. But with the advent of the Twilight franchise, it’s sort of become a really really long commercial for Twilight. There’s a limited number of Twilight movies, right? Like eventually this insanity will end?

“Seriously, Twilight won for best fight over Harry Potter? No. The results are so ridiculous, I don’t even know how to address them. They’re just… incorrect.”

We wondered out loud if maybe we’re just too old for MTV now, but I think my 16-year-old self would have had a lot of snobby avant garde artist opinions about the exclusion of Blue Valentine and Robert Pattinson beating Jesse Eisenberg and Harry Potter for the Best Male Performance Crown.

Twilight: Eclipse won five awards, which is ridiculous because it was a terrible movie and there are only 12 awards total. Black Swan lost everything, which is probably because it’s rated R and none of the voters were old enough to get in the theater and it was either fantastic or awful. Harry Potter did not win enough things. The whole ceremony, actually, was not as gay as it was last year.

Have you ever noticed that Justin Bieber, who one “Best Jaw-Dropping Moment” for appearing on a screen in front of a bunch of 12-year-old girls with crushes on him,  looks like a lesbian? 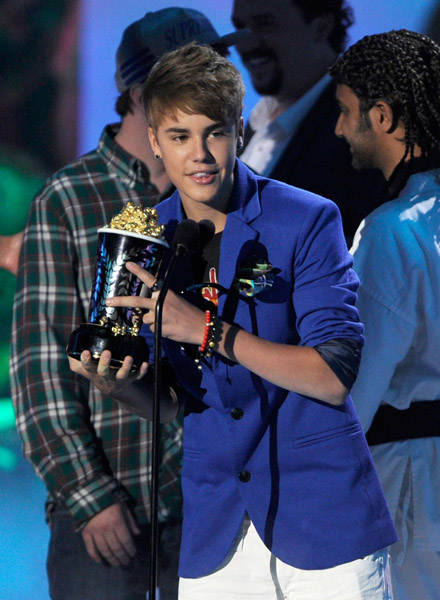 Have you ever noticed that Kristen Stewart sometimes looks like a lesbian? 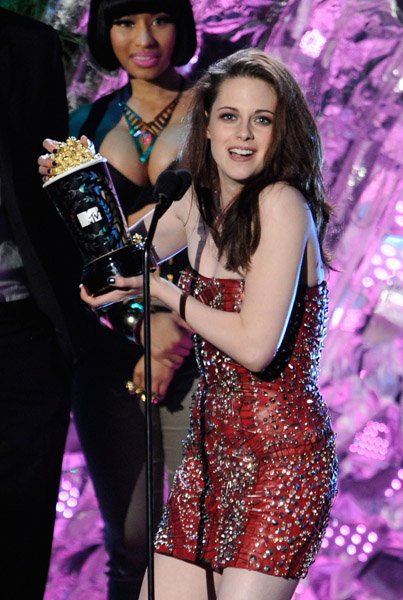 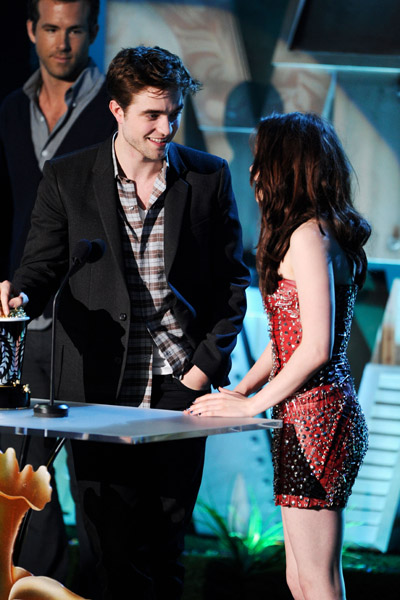 This year Robby & Kristy updated their traditional “should we kiss on stage, it’s so awkward” bit — but with a twist involving Rob Pattinson leaving our lovely tomboy all alone up there in her red mini-dress as he leapt over audience members to plant a giant kiss on Taylor Lautner. I believe this was the highlight of the evening. 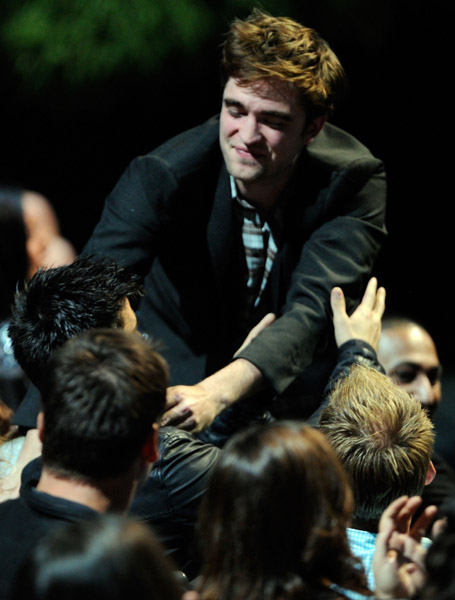 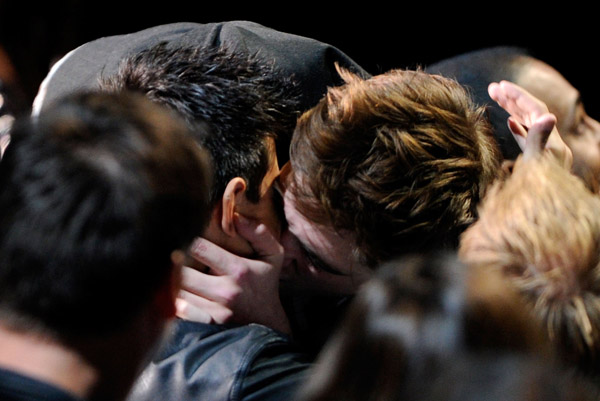 Reese Witherspoon told the audience that Robert Pattinson “underestimated her lesbianness.” We’re guessing this is actually a perpetual issue for Robert and the women he’s possibly attracted to. From the self-congratulatory MTV Movie Awards Website:

The actor [Robert Pattinson] went on to suggest that Witherspoon had trouble speaking while in a girdle, has a penchant for tequila and that she may or may not be “33 percent lesbian,” as an embarrassed Witherspoon hid her face and laughed from her seat. Pattinson concluded his remarks by saying, “It’s not always a bad thing to have sexual chemistry with your mother,” once again referencing his unseen part in “Vanity Fair.”

“It was good — except for Rob Pattinson. I mean, really: He called me 33 percent lesbian, which was a gross underestimation of my lesbian-ness.” 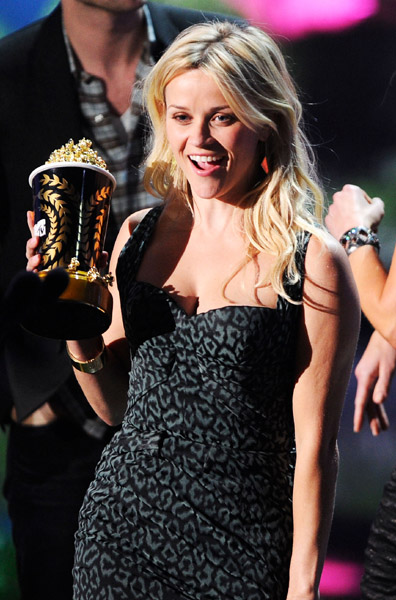 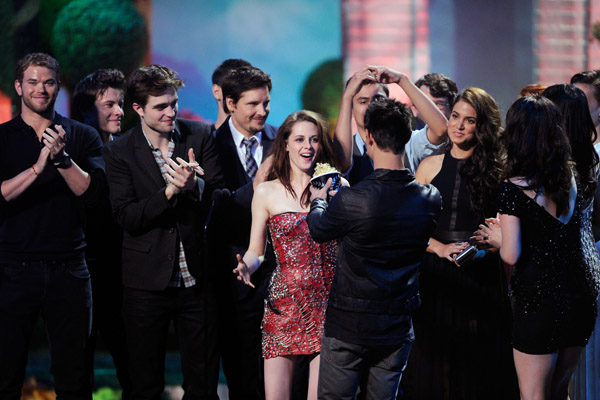 I take it back about the gay kiss — the fact that a female won for Best Comedic Performance is the highlight of the evening, although she used her acceptance speech to mention: 1) everyone else in the category is funnier than her, 2) thank you fans, this is so nice. 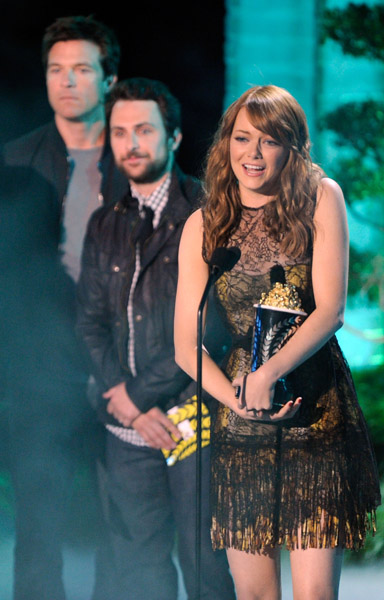 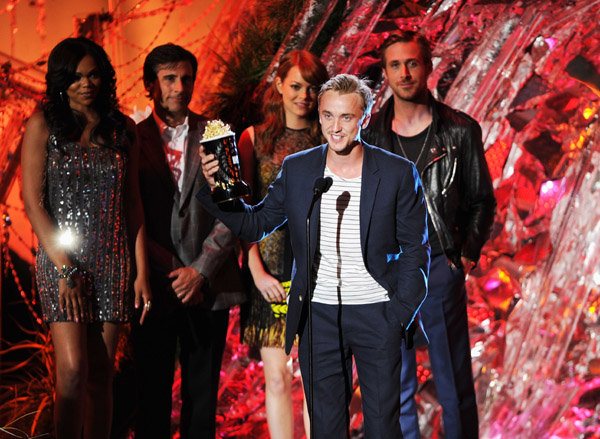 Other winners include Ellen Page in Inception for “Best Scared-As-Shit Performance,” Chloë Grace Moretz in Kick-Ass for “Best Breakout Star,” and Robert Pattinson vs. Bryce Dallas Howard and Xavier Samuel in Eclipse for Best Fight.

Did you watch? Do you care? Was Twilight like the best movie of all time in the history of the whole world? Are the cast of Twilight the only people who still actually show up?