Way way back on December 27, 2009, we alerted you the existence of 14 very fantastic tumblrs, including our own, which at that time that time was way underground and now is accumulating followers like the Pied Piper. In addition to that initial list, we’ve been highlighting some of our favorite sexy tumblrs in various NSFW Sundays, many of which were accounted for in NSFW Sexy Sunday’s Tumble Through Lesbo Homosexy Goodness. You can refresh yourself with those fine tumblrs at the bottom of this post.

But first, here’s ten more we like right now — ten that go a little beyond the traditional lesbian tumblr content into their own special world of queer imagery/words.

(Also! If you want these tumblrs or any tumblrs or, let’s be real, this entire website, to continue to exist, go here and read this) 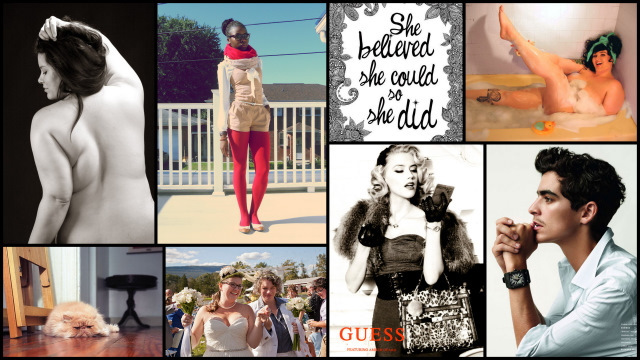 Ancestry in Progress: The fine creation of Luna, aka Autostraddle’s Miss March 2012, Ancestry in Progress mixes political consciousness and social activism with personal writing and hot women of all colors and sizes. Including, obviously, Luna herself. 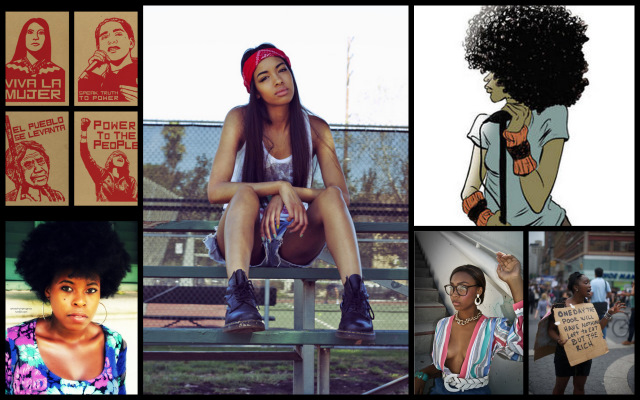 Fuck Yeah Asian Dykes: These ladies noticed that there’s “not enough love for queer asians” and so they gathered together all their love and cuteness and put it on the internet for you! 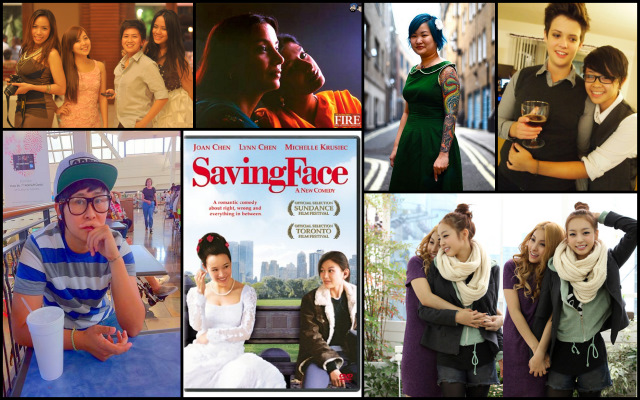 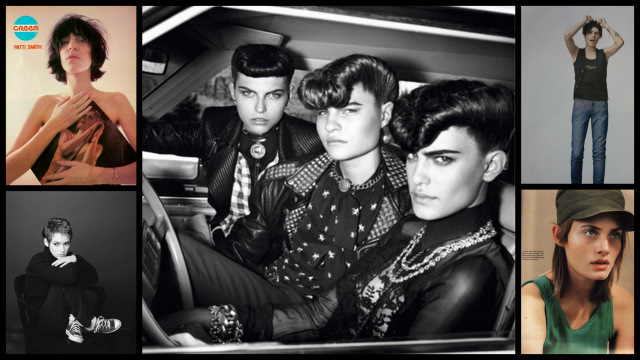 Model Lesbians: Models, as curated by a lesbian. 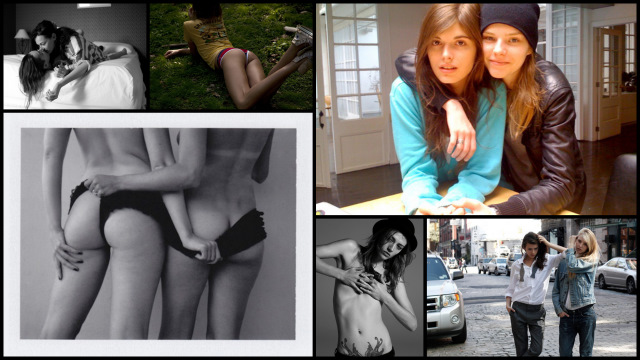 The Meow Meow: Okay not to get all up on our calendar girls as having exceptional tumblrs, but they do, so. The MeowMeow is the tumblr of Lily, aka Miss September, a San Francisco based college student who just-so-happens to be a rad photographer. She seems to visit a lot of interesting apartments and I think also other countries. Sometimes she parties with her friend liquor in the front. 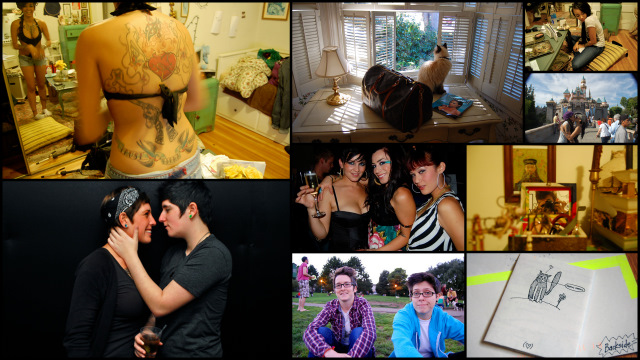 This Beautiful Fight: Sophia Wallace is one of our favorite photographers and her intermittetly updated tumblr features her work (which often focuses on challenging traditional ideas of gender and sexual orientation), carefully chosen quotes and various career updates. 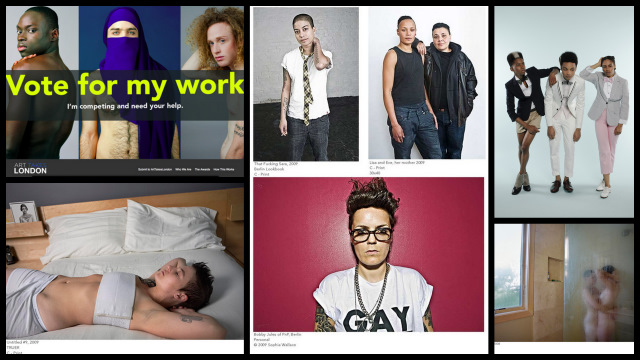 Pussy Le Queer: Bohemea and Suicide Blonde had a lot of racy, sometimes kinky, always classy, photos that were a little too NSFW for their own tumblrs. Thus, Pussy Le Queer was born. There are so many breasts on this tumblr, but since this post is SFW you’ll have to go to the tumblr itself to see all the breasts. 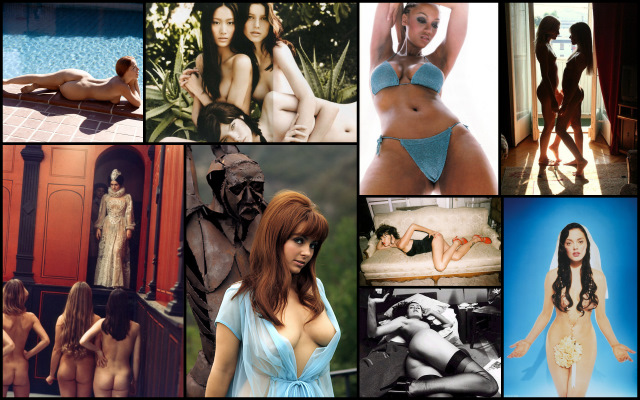 Gray 37: This self-identified “gay black woman”  in London celebrates the strength of women of color through photography and other artworks. It’s like really vigorous yoga for your eyes. 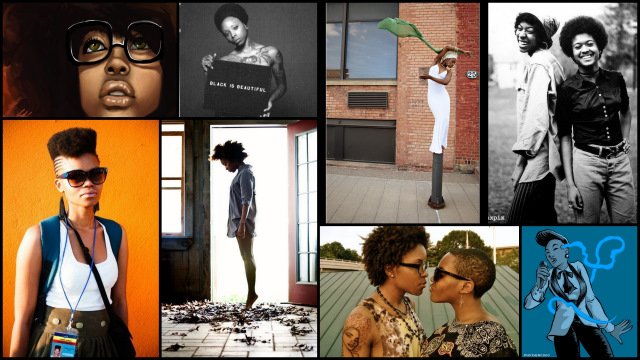 Fuck Yeah Autostraddle: This girl knows ALL THE THINGS about Autostraddle and Autostraddlers and even Autowin and that’s one of several reasons why we think this is the best tumblr in the entire fucking universe. We don’t know who runs it because we enjoy the mystery. But one day we will give this girl a crown. 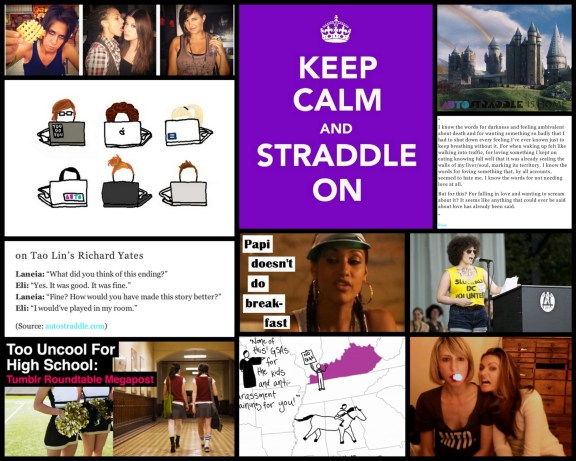 In our 14 Lesbian & Genderqueer Tumblrs to Watch, we told you to follow:

In our Tumble Through Lesbo Homosexy Goodness, we told you to follow:

Once you’re done looking at these tumblrs, you should come back here and hang out!