Well friends, with February comes Black History Month and, for me, a mix of frustration and… frustration. While I certainly take advantage of any and all opportunities to celebrate being Blackity Black Black Black, the longstanding framing of any sort of history is straight men doing things. And when it comes to Black history, ours is often framed as “the first Black person to be in a white space” as opposed to a centuries long legacy of continuously disturbing the peace.

Black History 101 notes that the month-long commemoration was borne out of Carter G. Woodson’s desire to honor Fredrick Douglass’ and Abraham Lincoln’s birth month. What may be lesser known is that Black History Month is for us, for Black folks. Woodson’s focus was on community uplift and in generating a foundational, empowering knowledge in our own history. So often, approaches to history are about these lone figures divorced from the radicality and community of their time. I am a firm believer that our internal, intra-community work should begin by focusing on our own knowledge and healing. As Toni Morrison, Black genius and recent ancestor, once said: “the function, the very serious function of racism… is distraction. It keeps you from doing your work. It keeps you explaining over and over again your reason for being.” 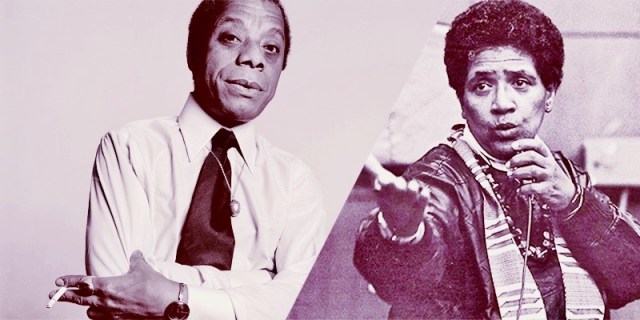 In “Revolutionary Hope,” the eternal brilliance of Audre Lorde and James Baldwin graced Hampshire College in Amherst, Massachusetts with what can only be deemed a calling in. Their discussion covered intra-racial violence, sexism, homophobia and more as they sought out the origins of so much Black marginalization.

James Baldwin: Du Bois believed in the American dream. So did Martin. So did Malcolm. So do I. So do you. That’s why we’re sitting here.

Audre Lorde: I don’t, honey. I’m sorry, I just can’t let that go past. Deep, deep, deep down I know that dream was never mine. And I wept and I cried and I fought and I stormed, but I just knew it. I was Black. I was female. And I was out – out – by any construct wherever the power lay. So if I had to claw myself insane, if I lived I was going to have to do it alone. Nobody was dreaming about me. Nobody was even studying me except as something to wipe out.

This conversation takes place three years before Baldwin passed away. I’m still surprised that, so late in his life, Baldwin remained invested in ideas of an American dream whose farce had been disproved so many times over. What’s so beautiful about Lorde’s response is the firmness of her rebuttal and the way she identifies her strategy for living — to fiercely and openly carve out a place for herself at whatever the cost. Whether she survived or didn’t, it would be in the fullness of her truth as an out Black lesbian.

JB: We are behind the gates of a kingdom which is determined to destroy us.

For both Baldwin and Lorde, the beauty is in the rigor. Their disagreements and differing positionalities are apparent throughout the conversation; but what is also constant is their clear love and respect for one another, the type of fierce, queer love that requires folks to challenge and better each other. One particular instance that stands out to me is how Lorde doesn’t allow the overlaps of Blackness and queerness to obscure some internalized misogyny that Baldwin makes apparent throughout “Revolutionary Hope.”

AL: But we have to define ourselves for each other. We have to redefine ourselves for each other because no matter what the underpinnings of the distortion are, the fact remains that we have absorbed it. We have all absorbed this sickness and ideas in the same way we absorbed racism. It’s vital that we deal constantly with racism, and with white racism among Black people – that we recognize this as a legitimate area of inquiry. We must also examine the ways that we have absorbed sexism and heterosexism. These are the norms in this dragon we have been born into – and we need to examine these distortions with the same kind of openness and dedication that we examine racism.

I first happened upon this conversation in the early days of Tumblr(!), and now, so many years and reads later, I realize that what has most intrigued me is how these two could hold one another to task in such a way that it deepened and didn’t end the conversation. It’s a methodology-in-action that is the prequel to “The Master’s Tools.” 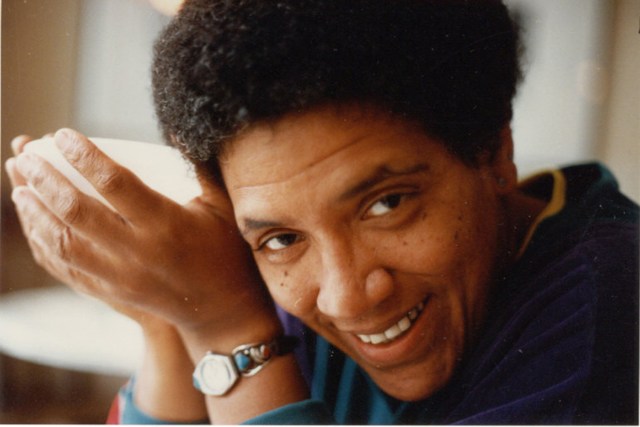 In that speech, Lorde recounts an experience at an NYU humanities conference and the relegation of Black feminists and lesbians to one panel within the entire conference. Although the subjects of her critique are White feminists, particularly at the moment of feminism becoming a permanent fixture in academia, her critique echoes the cautions she voiced against Baldwin’s belief in the American Dream. She famously warns against Black folks’ adopting the methods of their oppressors.

“Those of us who stand outside the circle of this society’s definition of acceptable women; those of us who have been forged in the crucibles of difference — those of us who are poor, who are lesbians, who are Black, who are older — know that survival is not an academic skill. It is learning how to take our differences and make them strengths. For the master’s tools will never dismantle the master’s house. They may allow us temporarily to beat him at his own game, but they will never enable us to bring about genuine change. And this fact is only threatening to those women who still define the master’s house as their only source of support.”

Within both readings, Lorde’s position remains constant: Our power and our freedom lie in our ability to embrace our differences as the source of our collective strength. She goes on to say:

“Advocating the mere tolerance of difference between women is the grossest reformism. It is a total denial of the creative function of difference in our lives. Difference must be not merely tolerated, but seen as a fund of necessary polarities between which our creativity can spark like a dialectic. Only then does the necessity for interdependency become unthreatening. Only within that interdependency of differen[t] strengths, acknowledged and equal, can the power to seek new ways of being in the world generate, as well as the courage and sustenance to act where there are no charters.”

I think it’s easy to fall prey and misread “The Master’s Tools” as a critique that’s brutal as it is beautiful in its truth. But much like the Baldwin conversation, the framework of revolutionary hope is crucial. As with all liberation struggles, the commonality is a belief that we can do better, that we can live freely and openly, that we can do right by one another. For this Black History Month and beyond, I hope we can take our cue from Lorde and do the difficult work of calling each other in as Black people, as queer folks, and as members of so many divergent and overlapping communities.

Here’s one last quote to meditate on, for good measure:

“Racism and homophobia are real conditions of all our lives in this place and time. I urge each one of us here to reach down into that deep place of knowledge inside herself and touch that terror and loathing of any difference that lives there. See whose face it wears. Then the personal as the political can begin to illuminate all our choices.”

Have you enacted your own reckonings with yourself and your community? What does that look like for you? What have your experiences been? Please let me know in the comments!