This was a huge week for our Autostraddle TV Team! We unleashed our 4th Annual Gay Emmys into the world, and, as always, have been blown away by the responses from TV writers, directors, actors and other critics working for other publications. Thank you for your thanks — and thank you for reading! Also this week, Riese recapped The L Word: Generation Q; and Drew and Analyssa podcasted it! Valerie Anne recapped Supergirl. Drew reviewed the third season of Sex Education. And all of us were like WAIT WHAT! when we found out Lili Reinhart and Wallis Day are smooching each other. Here’s what else!

+ Yes I did watch that unbelievably gay episode of Fantasy Island and yes I’ll be writing a standalone piece about it for Monday. — Heather

+ Tonight on the CW, Burden of Truth takes its final bow after four seasons. I’ll be back next week to recap how Luna Spence’s storyline ended but for now, I just want to be grateful that, for four seasons, queer Indigenous were represented so thoroughly. — Natalie

+ Are you watching the bisexual gay chaos that is this season of The Circle? If you have, look forward to next week when my teammates and I get together and talk all about the Netflix reality show (sufficed to say, we’ve got some feelings). If not, well…you’ve got a weekend and eight episodes to binge to get ready! — Natalie 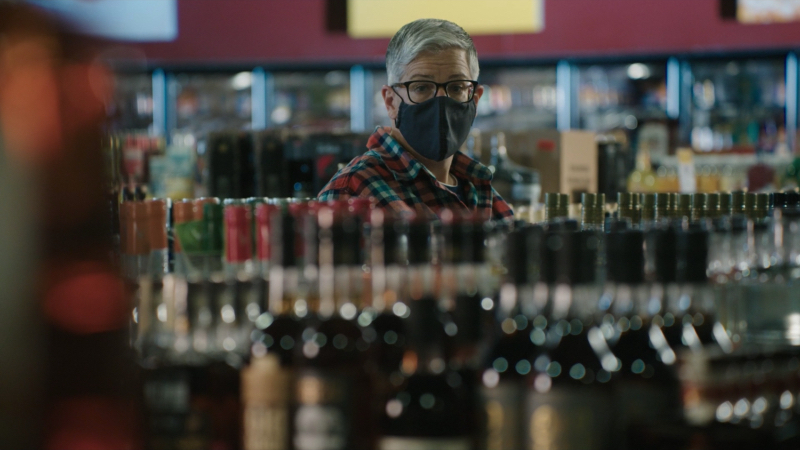 Covid is here and like many of us Abby is longing for queer community. She’s doing what she can to stay connected — driving alcohol around to all her friends with Campbell — but she’s still longing for the past.

The majority of this episode lives in these flashbacks. We see Abby’s first trip to a lesbian bar, Abby’s first trip to Michfest, and Abby’s brother-in-law’s first pride parade. While present-day Abby is filled with longing, the flashbacks reveal the pleasures and pains of queer community — and how sometimes there’s a little of both. Michfest especially is complicated for Abby who feels herself drawn to Camp Trans next door.

Abby identifies as cis, but as we saw last year in her relationship to Chris, her gender nonconformity often aligns her with trans people. Trans and cis are not a binary and one can imagine an Abby of a younger generation experimenting with labels as well as presentation. That’s not to take anything away from her identity, but I appreciate how the show is willing to explore the complexities there.

So far the pandemic hasn’t been too hard on Abby, but with Campbell moving out and the news that her dad is in the ICU, the future might be a lot more challenging. 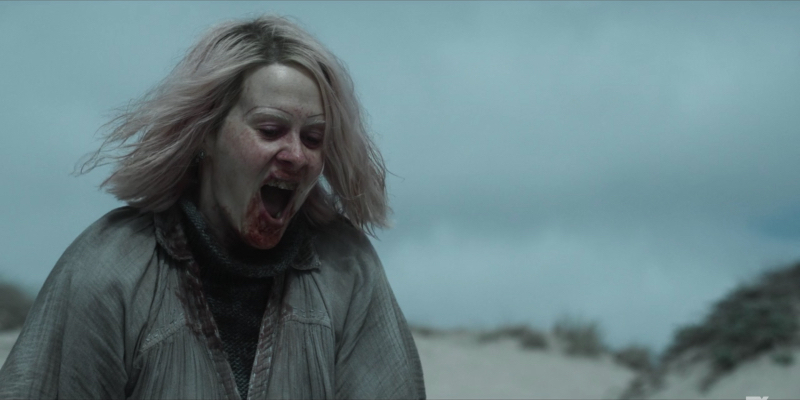 As someone who was devouring Stephen King books while still in elementary school, it takes a lot for horror media to really get under my skin. I love a jump scare and the familiarity — or subversion — of the genre conventions, but I don’t really watch horror to get scared. Especially with a show like American Horror Story, I expect camp more than real terror. Well, this episode was actually pretty scary!!

Living up to its title, the episode follows Harry, his daughter, and his agent as they try to convince Doris that she has gone insane post-birth. While less sociopathic than his compatriots, Harry is the most unsettling of the trio because he still sees himself as a family man. American Horror Story is all about its references and this is a properly unsettling riff on Rosemary’s Baby.

Meanwhile, Mickey is trying to get Karen to join him on the dark side. She’s adamant about not taking the pill, but eventually gives in when the pill people are about to kill her. She has bigger plans though as she proves herself to be the only person on the show with any morals. She kills Mickey, paints one masterpiece, and then walks into the sea with bleeding wrists.

I think the arc with Karen would’ve hit a bit harder if Karen wasn’t such an over the top stereotype of an addict. It’s silly watching Sarah Paulson playact this cliché vision of poverty — and feels kind of gross especially in the context of what she’s doing over on ACS. But she’s still a phenomenal performer and she really sells her finale.

There’s only one episode left in Red Tide and I’m so excited to see how it ends.

The TV has written 221 articles for us.