Hello and welcome to this Supergirl 611 recap, “Mxy in the Middle” aka “The One I Thought Was a Musical Episode But Definitely Wasn’t”

Previously on Supergirl, Lena had a Phantom vision about her mother and decided to back “to where she was born” which was also “Back East” and we all assumed it was going to be Ireland because we’ve heard her speak…plus Nia released Nyxly from the dream realm to spend a day with her mom and Supergirl fell into Nyxly’s trap and summoned Mr. Mxyzptlk.

We open at the close (of last week’s episode) and Mxy is surprised to see Princess Nyxly and Supergirl going toe to toe. They both summoned him; Supergirl for help and Nyxly to get revenge for the time he testified that she was crazy after trying to destroy a few measly enemies. 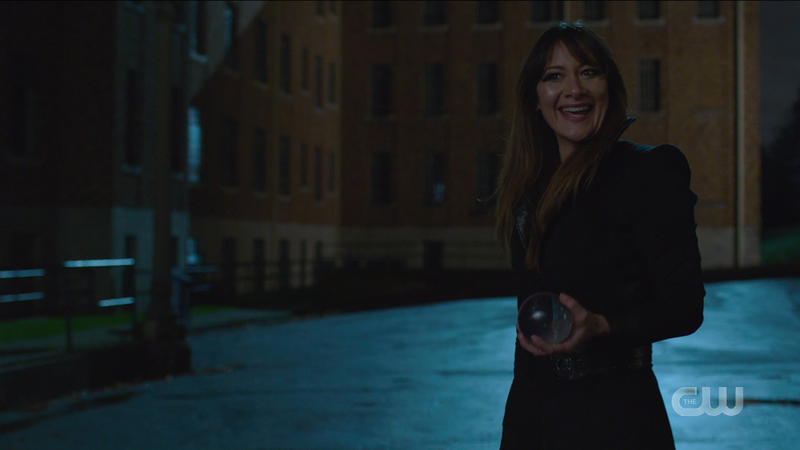 Mxy snaps Supergirl out of the ice and she flies them to safety so Nyxly can’t track his magic. Kara tells the team about the imp she thought she left in the Phantom Zone and Mxy fills them in on her backstory and her father and how now she needs a crystal to control something called an allstone.

Also? He does it all in song. Which is how I wish all lore dumps were done. (That said, the description for this episode mentioned this song, so I thought Mxy was going to make everyone sing, and it seems like a crime to have a Broadway singer and professional rock star just sitting there watching this happen, but okay.) 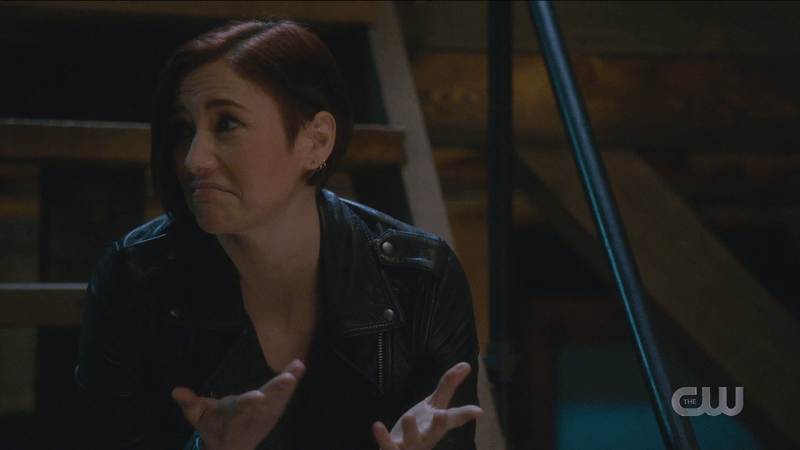 “I have some Anna Nalick all queued up on my phone if we want to join in.”

Mxy says that the allstone was broken into totems, which gave me flashbacks to the Legends of Tomorrow season that was so convoluted my friends and I started using the term “totems shmotems” to explain the feeling of “let’s not think too hard about lore and get back to talking about characters and feelings.” The totems each represent different things, like love and dreams, and they can be disguised as anything. But also, Nyxly needs a descendent of the evil imp who made the allstone in a crystal to activate them, which just so happens to be Mxy.

Nia is stressed about how much all this is snowballing and Kara is blaming herself. Nia has an idea to depower her, and Kara promises her impish pal that nobody puts Mxy in a crystal.

Nia has a dream of the ice cage again, but this time she sees Mxy dead at the bottom of the cage. Brainy interrupts her and can tell she’s hiding something from him, so he prods her and she confesses to him about bringing Nyxly here from the dream realm. She feels so, so bad. She really thought this was just going to be another trash monster they could defeat with teamwork. 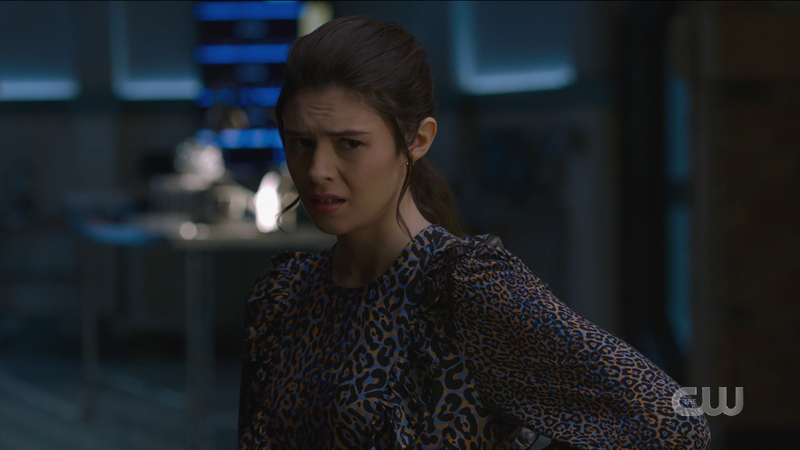 But Brainy understands. He spent practically a whole season working with L*x because he was manipulated into thinking it was the right thing to do. Brainy encourages her to tell Kara, but Nia is afraid Kara will lose respect for her as a hero if she does, so she says they can fix it without Kara ever having to find out.

In her fancy car with the invisible driver, Lena finally approaches her destination: Newfoundland. And while I did confirm (via Google) that some areas of Newfoundland have people with Irish-esque accents, it still boggles the mind why they didn’t just say she was going to Ireland.

Lena gets a call from Andrea, who compliments her on how happy she sounds. 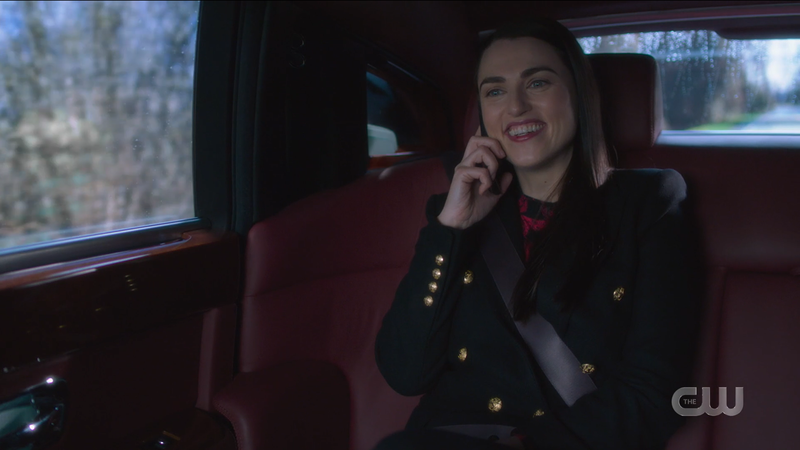 Whenever I’m going through screenshots to pick some for my recap, I always do this little involuntary gasp when I flip to a photo of her smiling like this. LOOK AT HER.

Lena asks for Andrea’s help finding someone in a picture she found of her mom and her two best friends. She found one woman, Margaret, but she can’t seem to find out what became of Florence. Andrea agrees to use her worldwide media outlet to good use and help her out.

When Lena arrives at her B&B, at first the innkeeper Deedee is so delighted and welcoming, until Lena mentions her mother’s name, then suddenly there’s no room at the inn. Deedee not-so-subtly mumbles something about a “dirty witch” and fully turns Lena away. As if this poor lamb hasn’t already suffered enough at the hands of a family name. 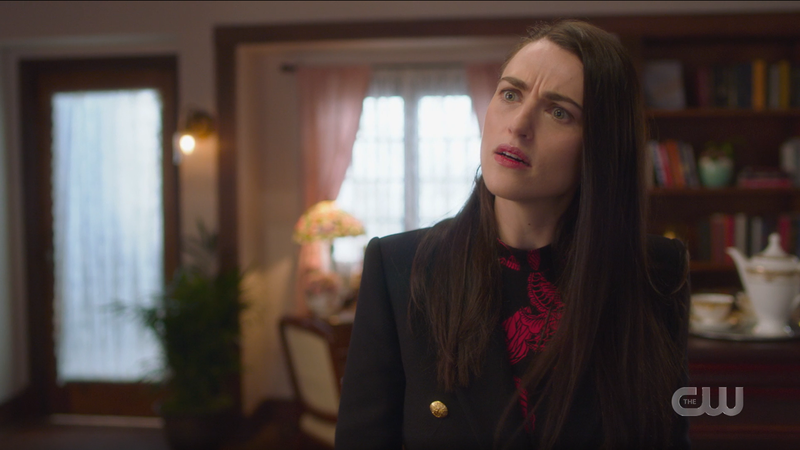 “Sins of the mother” is one of my least favorite tropes! Stop trying to Elphaba Lena into a villain, Irish-adjacent town in Canada!!

Back at the Tower, the Superfriends make a plan. They have a re-engineered siphoning device and an extra sized power-dampening cuff and they’re ready to rumble. Mxy just wants to use the Phantom Zone projector, but Alex and Kara super do not. 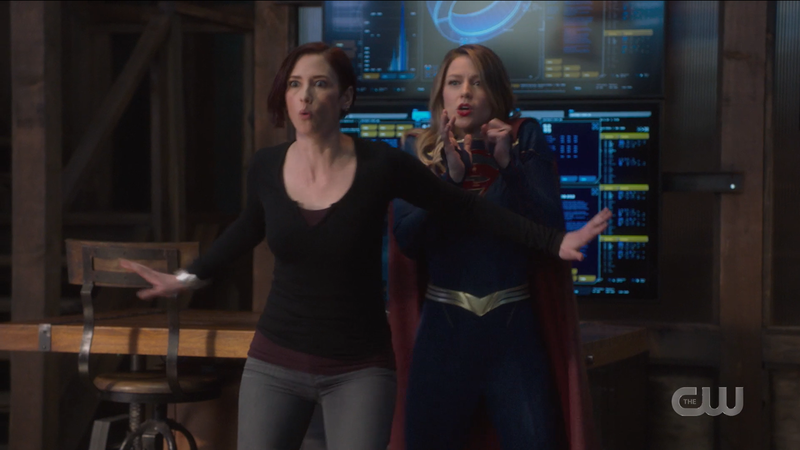 BE CUTER, I DARE YOU

And at first I thought it was very cute how tiny human Alex Danvers threw her body in front of her sister of steel, but then I realized that this is actually one thing she could really have protected her from. She was ready to take the nightmares from her sister.

Kara thinks Nyxly has just been wrongly prosecuted and that all she really needs is a friend, so she doesn’t want to do anything too drastic just yet. They need an amulet that is in Corto Maltese, so Kara flies off to fetch it, determined to save everyone. And to not have to send anyone – ANYONE – into the Phantom Zone.

Nyxly is sitting pretty in the glam rock spaceship when Mitch shows up, fresh off a prison escape, furious she didn’t help him. She says she is helping him, by teaching him that trust is a fool’s game and everyone will hurt you in the end. 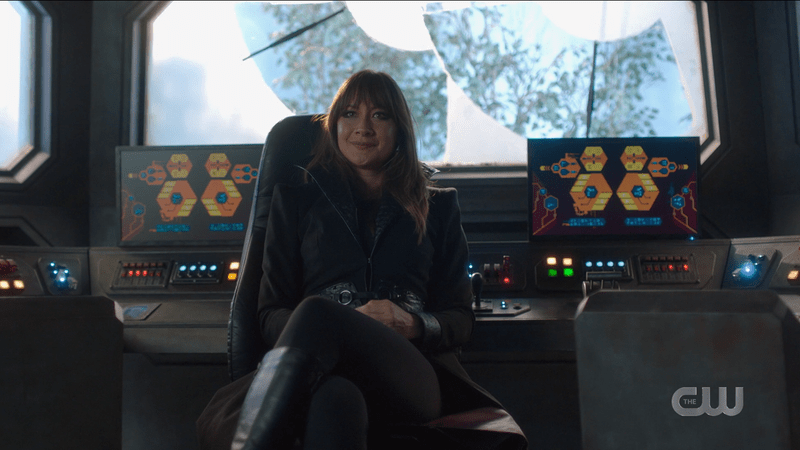 “Also, while we’re talking about things that are fake, love is a lie.”

She shoos him away; he thought he was the one using her to get his magical menagerie up and running, but it’s clear she’s the daddy in this situation now.

Up in the Tower, Alex is doing some science on the Amulet and does her regularly scheduled explanation of why Kelly isn’t here that isn’t just “we can’t afford Katie McGrath and Azie Tesfai in the same episode because of some CGI you’ll be seeing in a bit.” She says Kelly is dealing with the aftermath of the building collapse In the Heights, and Alex wants Mxy to keep an eye on the phone in case she calls, but Mxy wants to help. Sadly, without his magic, he’s pretty useless, and he overhears J’onn saying as much.

Back East, Lena goes to a local restaurant to find her mother’s friend Margaret. She orders a whiskey neat and some information from Margaret’s daughter Peggy, who is the one, the only, the Morrigan. 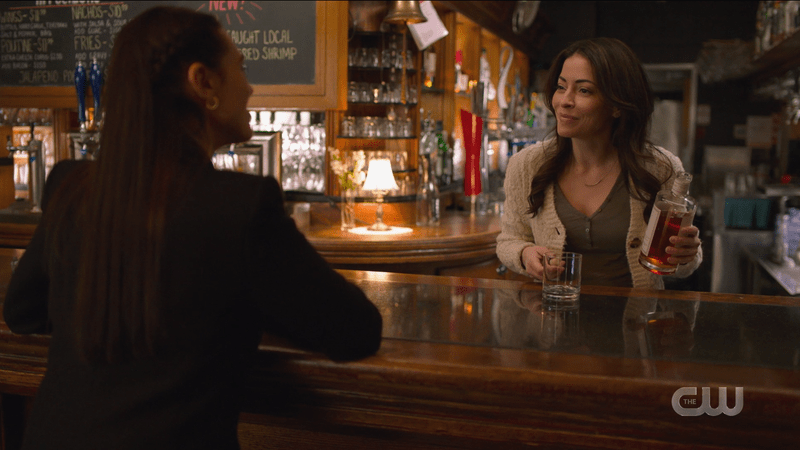 This is why Canadian Bingo is the best game.

Similar to the innkeeper, at first Peggy is a twinkly picture of hospitality, and Lena is so thrilled to have found the woman she was looking for. 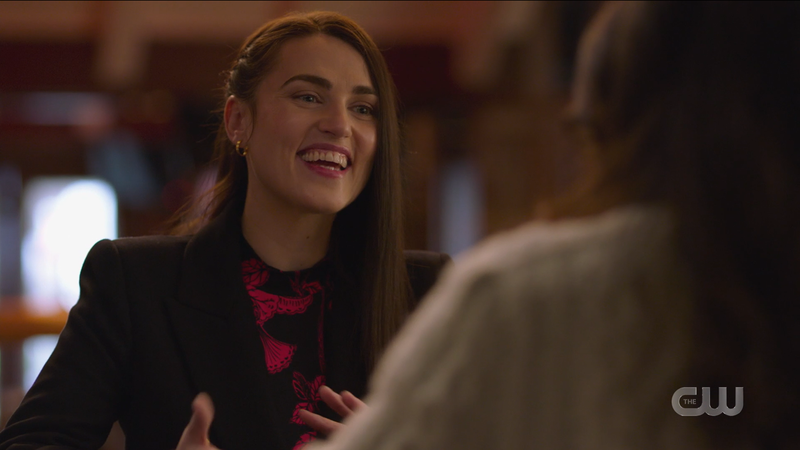 “Surely this peer will be friendly to me! Surely my luck can’t be THAT bad!”

But as soon as Lena mentions her mother’s name, her smile turns to a glower and she accuses her mother of causing Margaret pain and being the reason she’s dead.

Lena is confused and Peggy says that Elizabeth caused trouble and then disappeared with a rich man, leaving Margaret to wither away, which sounds like a bit of a stretch as far as chain of responsibilities goes, but either way, she’s upset.

Lena promises she doesn’t want to cause more trouble, she just wants more information about her mom and friends. Then she’ll leave, go Out West and back to her found family since both her biological and step families provide her with nothing but pain. Peggy says the three women were a coven, and when Lena scoffs, she is like, “There’s a news clip of you being flown through the air in the arms of your bulletproof girlfriend but witches is where you draw the line?” And before Lena can remember that one of her friends uses something called DREAM ENERGY to create glowing whips, Peggy goes on to say that she watched Lena’s mother light a shed on fire with her mind while her father was inside. 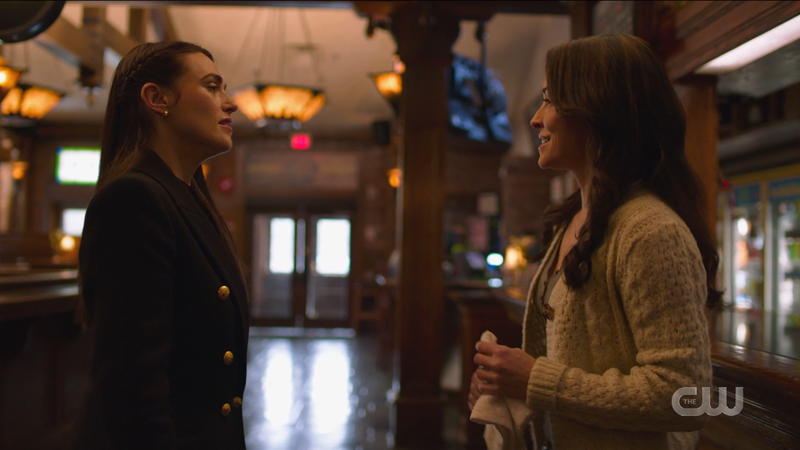 Peggy tells her to let the dead lie and Lena is so sad. She really thought going off on a side quest was going to be more fun than this.