if you’re like me, you’re probably a witch. You also probably love podcasts. You probably love Cecelia Kyoko even more. Even if .you just have one of those things in common with me, you should definitely check out Cecelia’s new witchy podcast Broke Bad Witch. In the first episode she introduces herself, talks about what magic means to her and then talks about tarot and astrology in a way that’s equally interesting, entertaining and personal. The AV club said that “No magic-related podcast is as personal and charming as Broke Bad Witch,” and it’s “the practical magic podcast every witch needs.” Terrific. I’ve been waiting for a great witchy podcast for a while, and this is so much more than I could’ve hoped for.

Over in the A+ inbox (if you’re not an A+ member and you can afford to be, you might want to join now; we’ve got some great content, including a breakdown of all of the Autostraddle staff members’ signs), one curious witch asked for some tips on how to keep your cat, or other familiar, off of your altar. Well, Titi Mey has some answers for you. Well, maybe I don’t really? I did a ton of research, and most people don’t really have good answers. They say either don’t keep your altar up when you’re not using it (pero like, what if it’s a shrine that needs to stay up?) or put it too high for your cats to reach it. Or put it in a closet or room where you can close the doors and not let your pets get to it. Some people suggested temporarily putting double sided tape or aluminum foil around your altar so your cat will jump on it, feel a texture they don’t like, and not want to jump up again, you can try that?

Also make sure to go check out Satellite of Love, the Queer Horoscope column by Corina, which once again, called me out to a ridiculous level this month, and Fool’s Journey, our Tarot column done by the absolutely terrific Beth. I don’t know what else to say, both of these columns are really really great. 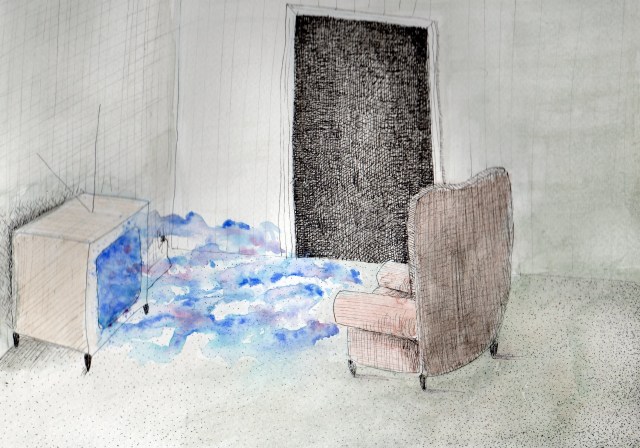 haunt (verb) – to frequent a place; to appear or materialize in; to be “persistently and disturbingly present” in a locale or in the mind. From the Old French “hanter, ” which was “”to frequent, visit regularly; have to do with, be familiar with; indulge in, cultivate;” may be related to the Old Norse “heimta,” or “bring home.” Etymology dictionaries say:

Use in reference to a spirit or ghost returning to the house where it had lived perhaps was in Proto-Germanic, but if so it was lost or buried; revived by Shakespeare’s plays, it is first recorded 1590 in “A Midsummer Night’s Dream.” Old French had a noun derivative, hantise “obsession, obsessive fear”

haunt (noun) – a place that is frequented, or in Middle English, a habit or custom. The use of “haunt” to refer to a ghost or entity that haunts (v), usage is “first recorded 1843, originally in stereotypical African-American vernacular.”

Magic Potion of the Month: Our Halloween Debut

Hello! This is the first installment of a regular series in which I will give you cocktail recipes, imbued with witchy elements to help you take charge, wind down, or get down with your upcoming month—whatever’s your style, doll.

A little bit about my drink-making philosophy; I will create and test out all of these cocktails, but I believe in experimentation, adjustment, and what-the-hell winging it. If you’re like me, take every instruction as a suggestion. Add more or less alcohol to taste (I tend to like things strong). And please—let me know if you’ve improved upon what I’ve given you!

For this, the witchiest of months (unless you, like me, consider that to be November, birth month of most scorpios and beginning month of All Saints day, but anyway), I give you: The Corpse (Lesbian) Bride cocktail. Drink with abandon, and enjoy. 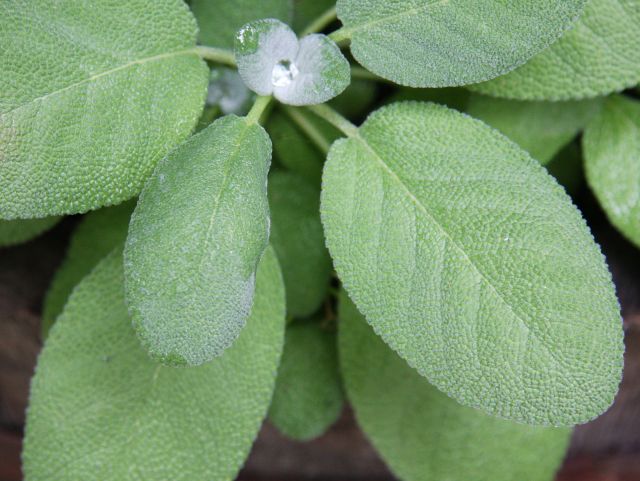 Ingredients, for the no-nonsense:

Juice the lemons, then mix with the honey and equal parts water. Simmer in a small saucepan until the honey dissolves. Let cool and write someone you love, but haven’t talked to in a while, a note.

Put all the ingredients into a shaker with some ice and shimmy it up. If you don’t have a shaker, throw it all in a large glass and go to town with a spoon or something, then strain into the glass. Throw in a few spritzes of the bitters if that’s your thing.

Serve in long, tall glasses, straight up (with no ice). I recommend chilling your glass in the freezer while you’re mixing up the cocktail. 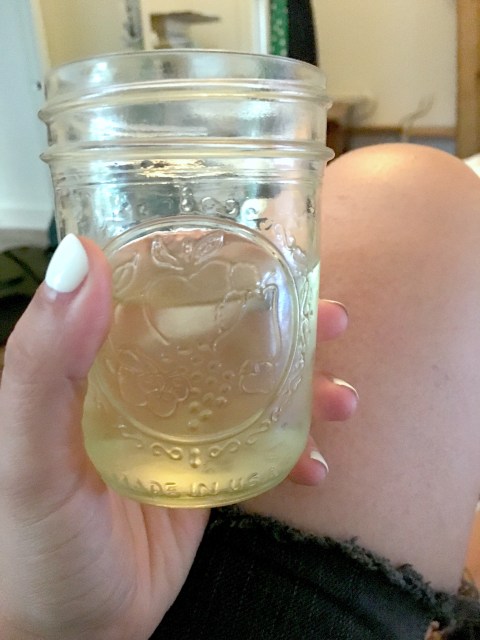 If you feel the pull, save an extra sage leaf and just slightly burn the edges. Let it become fragrant as you close your eyes and say thanks for the safe spaces and good people in your life. Imagine the smoke is the slightest, yet strongest scrim against the ugly forces at work against you. Rub the leaf between your thumb and your forefinger and drop it into the drink with a thought of good will towards whomever is going to drink it (even — or maybe especially — if it’s you).

You can also serve with a twist.

Yes, everyone knows Hecate, the goddess of witchcraft, ghosts, magic, crossroads, and necromancy. She’s kind of a big deal in any context. However, the Hecate I love is the character in Sleep No More (SNM), an immersive performance by the UK-based company Punchdrunk, occupying 100,000 square feet of an old warehouse/club in Chelsea. SNM is a stylistic, dark, gorgeous retelling of Macbeth, set in 1939 and mashed up with film noir and bits and pieces of Hitchcock (particularly Rebecca).

Hecate shows up in Act 3, Scene 5 of Macbeth to demand of the three witches, the weird sisters, why they haven’t included her in their meetings with Macbeth and to deliver a prophecy about Macbeth’s downfall. In SNM, Hecate is the queen bee, the high witch, the top fucking dog. She leads and controls the three witches (Cast as Boy Witch, Bald Witch, and Sexy Witch in SNM). Between the three witches, her familiar, and other characters who are in Hecate’s service, some posture that she controls the whole damn hotel/show, including the audience, sometimes including me.

Hecate is my favorite witch because she’s a true Scorpio and I love me a Scorpio. Driven by lost love or just by a fiery unforgiving heart, she moves the other characters in the show around like puppets, spins them like tops, manipulates them, torments them, makes them torment others, always culminating in the death of Macbeth by the end of the show. As she proclaims in the original play, Macbeth’s illusion of safety will be his downfall (“And you all know, security/Is mortals’ chiefest enemy.”). Every night in SNM, Hecate ensures it is so. 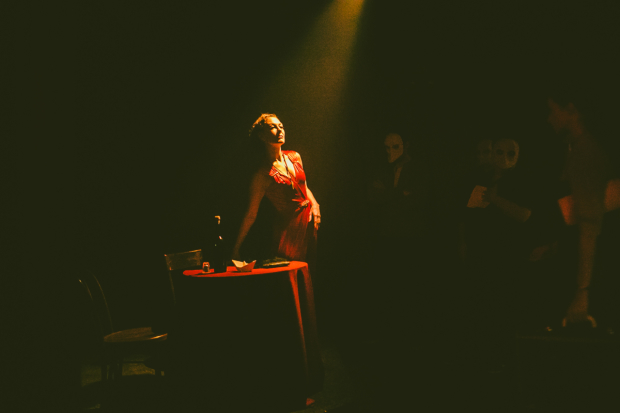 I like Hecate because she’s a bad bitch. She’s a power femme. She has tender moments, but I’m never sure if they’re real or if she’s just manipulating me into thinking so. While the other witches (Boy Witch and Sexy Witch, particularly) have moments of doubt and weakness, she is always unapologetic and driven by her obsession. She rules from her corner of the hotel, shut into her boudoir for most of the show, sending others (including audience members) to do her bidding. I mean, she collects human tears and makes you drink them! There is nothing redeeming about her actions. She’s not a nice witch.

Still, you find yourself drawn to Hecate, to the haunting blue light around her. Different actors play her in slightly different ways, but she is always arresting, the woman in the red dress, giving off an aura of sex and danger, invoking desire and respect. She’s terrifying and thrilling, which is exactly the kind of the woman I want to be (or the woman I want to date – I’m not sure which is more true).

Practice of The Month

One of my favorite witchy “practices” is the giving of crystals as gifts. I like to carry around more than a dozen crystals of different types with me in my purse at any given moment. Partially this is so that I have them for their various magical uses and energies, but also a big part of it is so that if I’m feeling called to give one to a friend, I can do that. Or if a friend comes to me and needs some magical help, I have something that I can give them other than advice (which is also very good and helpful).

Sometimes it’ll be a friend’s birthday and you want to show them how much you love them, sometimes a friend will need to block or counteract a hex, sometimes a friend will just be feeling down and need a pickup. Crystals are great for that kind of stuff. They’re small, they’re affordable at the right stores and they pack a super huge magical punch. While it might be hard to carry a bunch of candles in your purse or a bunch of potions on an airplane, you can take a bag full of twenty or so crystals with you wherever you go.