I know, I know. I’m not a predictive tarot reader, and neither are many of you. But. There’s this whole fascinating school of thought around using tarot cards to predict roughly — or precisely —when a thing is going to happen, and today I want to take a look at some of the approaches you can use to do this.

If you’re not a predictive reader, don’t be too quick to write this stuff off. The suggestions below work not only for predictive work, but also to answer other kinds of ‘when’ questions, such as ‘when should I…?’ or ‘when is a good time for…?’ Even if you’re not into using tarot for prediction, you can incorporate these ideas into your planning work.

You can mix and match from the suggestions below, none of these are ‘rules’. Or you can come up with your own methods. You do you, folks!

The tarot deck featured is the Wildwood Tarot, a deck in which almost all cards are renamed (though it still follows the usual tarot system). The calendar and datebook are the Earth Pathways diaries. 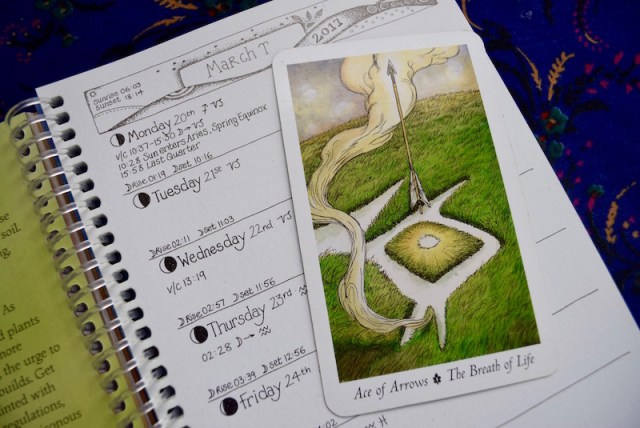 The four suits of tarot may correspond to the four seasons, giving you a very general idea when something is going to/should happen. You could remove all major cards so you’re left only with the minors, then shuffle and pick a card. Alternatively, you could use this as part of a bigger reading, looking to see which suit features the most heavily in the entire spread. (This applies to most of the techniques listed here.)

Here are the correspondences I work with:

Note that other readers use different pairings of suits and seasons. These feel really right to me — the energy of each of these suits fits well with the feeling of each of the seasons. As always, it’s 100% okay to form your own correspondences, depending on what feels right to you.

You might decide that any card in this suit could represent the season. Another approach is to say that it is only the Ace (or some folks say the Page) of that suit.

Days of the Week 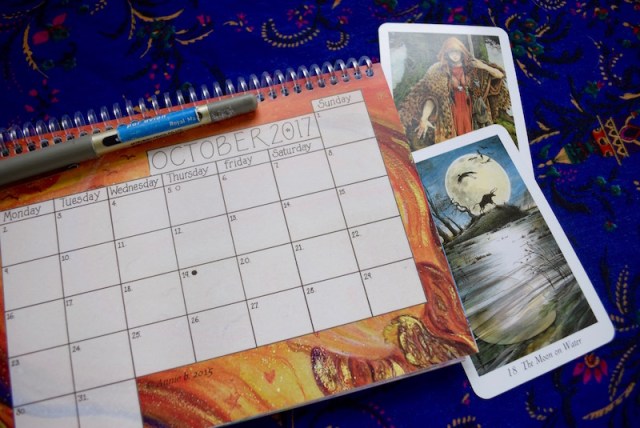 Each day of the week is associated with a Greek/Roman god, and thus also a planet. And guess what? Each planet has a corresponding tarot card!

Q. Which day should I set aside for my tax return?
A. The World – Saturday (Saturday? Seriously, tarot cards?)

Again, you could pull just these seven cards from your deck, then pick one at random to find your answer, or you could do a bigger reading around your question, and look to see if one of these pops up in an auspicious position. 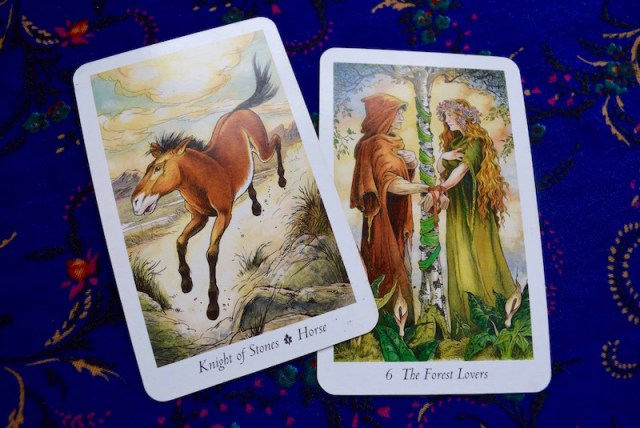 Look for symbols and other clues in the card images to tell you when to act. This has got to be my favourite method, as it’s much more interpretive, and less defined. You can go as simple or as nuanced as you like with this.

Q. When should I write a heartfelt letter to the friend I’ve fallen out with?
A. Knight of Stones: When you next see a horse, it’s time to write.
A. The Forest Lovers: When the birch tree has fresh green leaves and calla lilies are in flower. 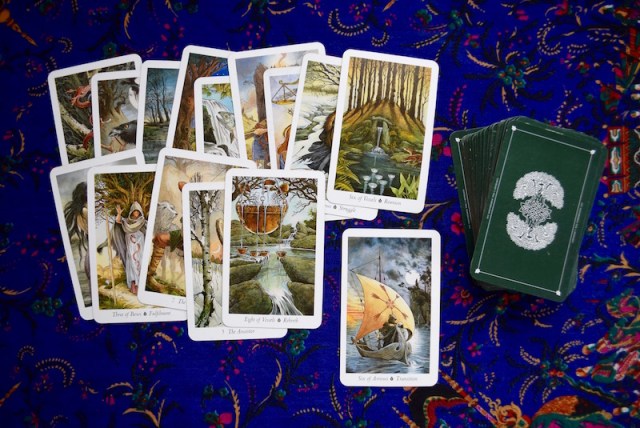 15 days til my trip to Orkney!

One fun practice for figuring out how many days (or weeks, months or years if you like) it will be until a certain event is to flip cards. Choose a card that represents the event you’re asking about — for example, the Six of Swords for a journey, the Four of Wands for a party, the Two of Cups for asking someone out, the Tower for quitting your job.

Shuffle your cards, whilst asking a clear question: ‘How many days should I wait until I ask for her number?’ or ‘How many days til she asks me out?’ Then turn them over one by one until your card appears! The number of cards you’ve turned over is your answer! 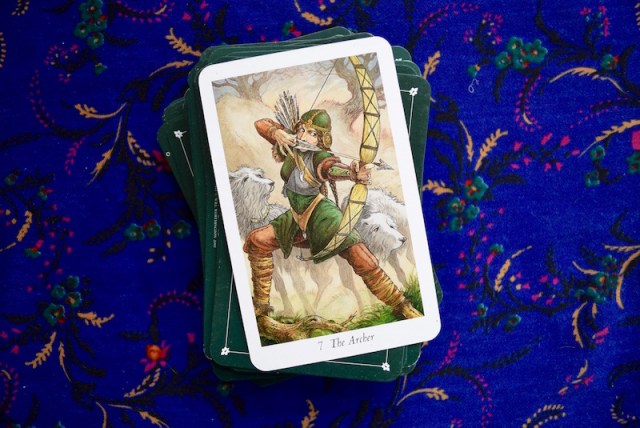 You can approach this with a ‘how many days/weeks/months…’ question like those above, but here, instead of counting cards, shuffle and pick one. The number on the card is your answer! Ace is one, Page, Knight, Queen and King are 11-14. 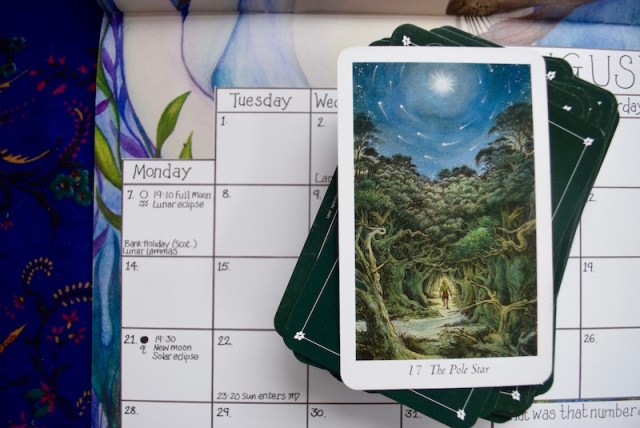 Each astrological sign has an associated major arcana tarot card:

The most obvious answer derived using this question would be ‘when the Sun is in the sign of…’. (Here’s a quick guide to the dates of each sign.) You could decide that the answer is any time during this phase, or alternatively, the exact date (and even time) that the sun enters that sign.

You might prefer instead to go by the moon, as in ‘when the full moon is in Aries’ (which it was last weekend) or ‘when the new moon is Sagittarius’, again giving you an exact date.

I’d love to hear from other folks who use tarot for prediction, or to decide the best dates for doing things! If you’re a predictive reader, what methods do you prefer? Has anyone out there made up their own?