How’s your Halloween coming along? I just picked out my costume yesterday! By the way, if you didn’t already know, I call the season from September 1st to November 1st “Halloween.” I invite you all to do the same thing.

Are ya’ll checking out the new Blair Witch movie?? I know I am! Watching scary movies in theaters during Halloween is one of my all time favorite things about the fall. It’s so fun to be in a theater and feed off the energy of everyone in there who have all agreed to get scared together and have a great time. Nothing gets me in the mood for Halloween like that. I know the first Blair Witch gets a lot of hate, but I kinda love it and this one looks AMAZING. My brother won an AV Club contest where there were Blair Witch totems hidden throughout Chicago and if you found one, you’d win tickets to a preview of the movie. They said it was great! Look at how cool and scary it looks!

Here’s a question: if you’re a witch, do you consider yourself to be New Agey? I’ve never identified at all with New Age anything, but recently a friend called astrology “new age stuff” and I realized that both astrology and crystals, two things that are huge parts of my witchcraft, are really heavily associated with the New Age movement. So I guess I’m thinking about this now. I guess I always saw my practice as more Old Age spirituality? Like, mine comes from traditions and things passed down through my family and culture, but adapted to today. Is that just what New Age means? Do I have to rethink my whole approach to witchcraft? What do you think about all this.

Let’s move on from that confusing topic and talk about links that I think you witches will love.

Now, I’m the farthest thing from wealthy and I don’t really see that changing, so I don’t know how much I personally relate to this article about 7 Habits of Wealthy Witchy People, but it’s definitely interesting. Freeform, the network that brings us shows like The Fosters and Pretty Little Liars is developing a new, completely bonkers sounding show. This one takes place in an Alternate America where witches ended their persecution by agreeing to work with the US military, and so now they fight terrorists by using magic? I think this sounds ridiculous but also if it has queer women I’m all over it. Here’s a video about crystal healing dildos you can watch! Finally, one of my all-time favorite witches was profiled by Latina magazine! Luna Merbruja, a witch, performer and writer (who’s written for us) talks about community, healing and magic and was tweeted at by la reina, Gina Rodriguez!

Here on Autostraddle, we’ve got you covered just like always. Beth’s written some super great Fool’s Journey entries. One was about using Tarot cards to guide you in your romantic pursuits, another was about reading Tarot cards at a public (or private) event, and another explores the super incredibly interesting question: What makes a feminist tarot deck? Have you read this super super amazing interview that Audrey did with Mara Wilson, who played child witch Matilda in Matilda? It’s super super amazing. Also for Autostraddle Plus members, you can read Heather’s terrific interview with Riese, who finally read Harry Potter. As always, I’m obsessed with our Queer Horoscopes, and as always, they called me out this month. My favorite Witch, Cecelia, just came out with a new entry into her column, Aesthetic Rising today, check it out. The last thing I want to talk about is Jenny Owen Youngs and Kristin Russo’s new podcast Buffering the Vampire Slayer, where they go through each episode of that tv show about vampires and slayers and, of course, witches, and Jenny sings a song about it. The first real episode just came out!

Playlist: We are the Weirdos, Mister: Songs About Being Weird 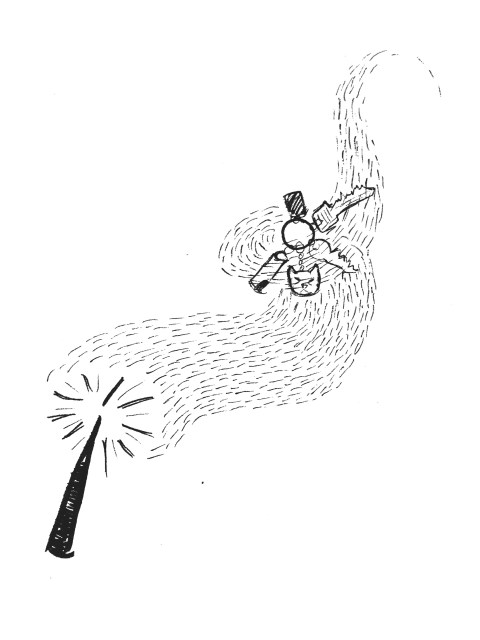 enchant (verb) – literally, to place a person or thing under a spell; in the Middle English usage, could also mean “to delude.” Originating with the Latin incantare, to sing, some dictionaries list it as synonymous with “bewitch,” as some dictionaries may also use the terms enchantment, charm and spell interchangeably. More modern discourse around enchantment often refers to imbuing something with energy, or “intent;” the enchantment can be accomplished with some degree of ceremony, which could include speaking words aloud (harkening back to the word’s root, based in incantation), candles, sigils, other related objects being brought into play, corresponding herbs or crystals; or enchantment could take the form of transferring or infusing an object with personal energy without other fanfare. Wikipedia observes that an enchantment on an item “alters its qualities, generally in a positive way,” and that we can observe this to be true because “an enchantment with negative characteristics is usually instead referred to as a curse.” 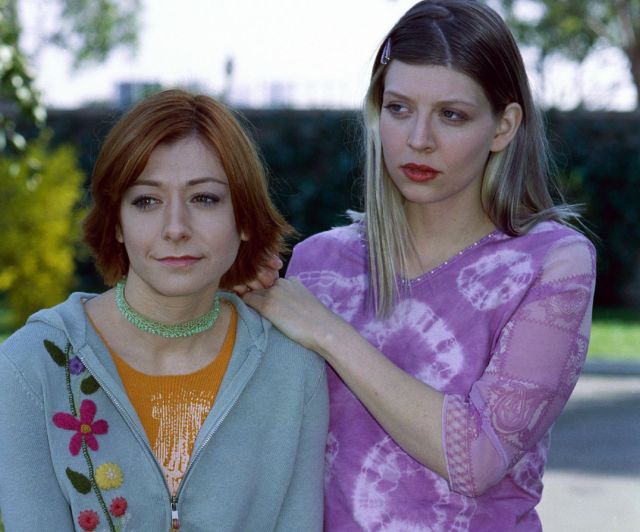 A few weeks ago, I was eating dinner and chatting with my girlfriend’s sister about Buffy the Vampire Slayer. Suddenly we were both crying. The reason? She shared a rumored alternate ending for Tara and Willow that I’d never heard before. That’s the power of these characters. Fourteen years after the show originally ended, they’re still bringing grown ass women to tears.

At the start of Buffy, Willow Rosenberg is an awkward, introverted high school girl, lacking the confidence to stand up to bullies or pursue a crush. Her source of strength is her brainpower, with Willow making her initial contributions to the Scooby gang via library research and computer hacking. Geekery is the first magic she knows; spellcraft, it seems, a natural extension of that, particularly after the death of her techno-pagan mentor, Jenny Calendar.

Over the course of 7 seasons, we watch Willow grow into a confident, powerful woman, battling evil on a massive scale and literally creating an entire generation of super-powered girls and women. Her coming out was a groundbreaking portrayal in the early 2000s, and one that continued to resonate with me personally as I watched her and came out a decade or so later. Willow does some super fucked up things as she tests the limits of her strength, fights addiction, and struggles to find her moral center. But to this day, her narrative arc is one of the most interesting I’ve seen, and her character is one of my absolute favorites ever.

Practice of the Month

In Austin, where I live, there’s a short radio program on our NPR station called Stardate and its website is insane. It’s a charming filler between All Things Considered and Fresh Air with Terry Gross, and it’s a silver lining for me if I ended up staying at work long enough to catch it on my drive home. On it, a soothing woman speaks over a background of ethereal synths, describing for us the movements of the planets and the stars and their astrological interest for that day.

Today I learned that the Moon, the poet’s favorite simile, is moving through our favorite water bear, the Aquarius constellation. Scientists recently discovered a star system in Aquarius that has not one, but THREE earth-sized planets. If a planet turns out to be habitable, usually within a certain distance from its star, it is called an exoplanet. The list of potential expolanets is very short, especially if you limit your search to just these assumed habitable zones. So, scientists are starting to look outside the boundaries—and seeking out exomoons as well. 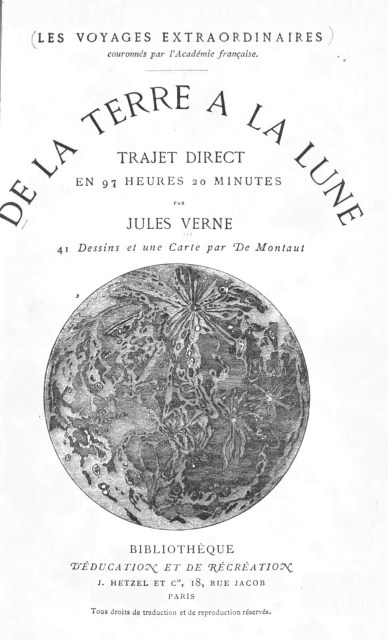 Aquarians are dreamy and loosely artistic in a way that can sometimes stymie a neurotic Virgo rising like me, but this month, I think it would be a good practice for me, and for us all, to sit down and try not to make art. Instead, I will doodle, paint, watercolor, maybe even dance without any thought or consideration to outcome. This is a way to reach a flow state, a deeply enriching and renewing state of mind.

If doubts or criticisms arise, I will let them float through, but give them no dock to take port. This can be hard. I’ve been trying, when my self-judging nature does take hold, to turn those thoughts around on themselves and just be curious about them. “Huh,” I say to myself, “this sucks? Why do you say that? What determines its ‘sucking?’ Why does it matter if it does?” And so on. More often than not, I’ll find that my criticisms dissipate, and I can go back to just being, moving, creating.

Depending on where you live, you may not be able to hear Stardate on your radio, but if the mood strikes you, put it on. Mix a tincture or sip some homegrown herb tea. Close your eyes and dream of the stars. And make something.