My Autostraddle author handle has always been @internrachel, which is a good bit but also was originally my real title. It was 2010; unpaid internships were an alarmingly normal part of the landscape and also I had just seen all these photos of these hot young queers my own age all hanging out on rooftops in NYC. They were all interning for this new gay blog I didn’t know much about, but they looked like they were having fun and had gotten instantly close, and you could see their inside jokes developing on social media (well, proto-social-media; it was 2010). They symbolized something I couldn’t put my finger on but that felt intoxicating: the promise of not just gay friends but gay community, a way of being a gay person in the world among other gay people. A few months later, I was also an intern for Autostraddle dot com. I went to NYC, slept on mattresses on the floor of Riese’s apartment, drank orange juice and tequila out of a water bottle at Pride, and was added to some mass gmail reply-alls between everyone I had seen on my laptop screen.

A few years later I was writing the mass gmail reply-alls; a few years after that I was part of the hiring of people to be on them, and planning Pride coverage, and before long we had moved on from gmail to Slack and I was working here full-time. I knew all the people I had seen on the internet and what they were like in real life, even when they were tired or sad or extending a deadline or sick or ordering brunch. I was in photos other people saw on their laptop screens, and learned a little bit about what it was like to symbolize something to other people. Sometimes to people I was a Writer, or a Bisexual, or a queer woman married to a man, or after that a queer woman no longer married to a man, or things I’ll probably never really know about, which is beautiful and also strange. I had found a way of being a gay person in the world among other gay people, and watched as all of us did, yourself included. It was lovely and precious and also much harder than I anticipated; or more accurately, more of an ongoing process; there was not, I was surprised to find, an arrival as such.

We also did a lot of work! Which was very hard and satisfying and also constantly shifting. When I started here it felt like the work was to connect, cover and explain everything queer women might care about; it felt like we were so cut off from each other and the things we cared about, the issues that impacted us that it was urgent to provide some kind of lifeline to that — Supreme Court rulings, LGBT teen suicide crises, Chris Pureka albums, whether Lilo and Sam Ronson were on or off. Later, it felt like the work was to figure out what the things we cared about and the issues that impacted us even were. This was also really hard and satisfying, and also a project it was impossible to do justice to; I think I realized that the work really was to build as much room and as many inroads into it as possible for everyone, really all of us, to figure out what mattered and what we were going to do about it.

That last part transformed so much; it made everything much simpler and way harder at the same time. It felt like something suddenly clicked into place; it was such a relief to see suddenly that the work I was actually called to do was facilitating other people being able to do and say the things they needed to if someone else could just move all the stuff out of their way. I wrote less often, and when I did, it felt more sure; I could say things I never knew how to before, somehow, now that I was only talking when I really felt called to. I was working harder than ever before — editing, emailing, organizing, formatting, fundraising, scrolling through Shutterstock, reading about the new Instagram and Facebook algorithms, affiliate linking, Bookshop storefronting, SEO analyzing, photoshopping emoji over nipples for the sake of the new Instagram and Facebook algorithms, checking Chartbeat, meeting meeting meeting — and also somehow something bigger than day to day work was crystallizing in the back of my mind.

I had needed to see young gay community, or the idea of it, on a screen when I was 20. It was a fantasy, something that can’t and shouldn’t remain static in the same way once you know those real people, and that was good; that fantasy of people on my laptop screen was headlights on a dark road that got me where I was headed until I didn’t need headlights anymore. Once I got there, I could engage with those people for who they really were — and eventually, with myself for who I really was, rather than an idea of who I desperately wanted to be. I saw other people need the idea of me for the same thing, sometimes, and that was good too; I also saw eventually when they didn’t need it, anymore. Sometimes they’d tell me they had come out, or left their husband, or found the husband or wife or spouse they wanted. Or they didn’t say anything; they just had a different ease in their manner, even online, and I could tell they had been able to let go of the idea they had of themselves and let out a deep breath and live with themselves as a real person. I felt so aware suddenly of how many of us needed to be able to let go of the obligation to Mean Something and let ourselves live, creating meaning rather than signifying it; and how much we needed to be able to grant that to each other.

A few months ago I was with a group of youths at a small birthday party for a new friend; I ended up sitting with a young queer person in their early 20s who gamely tried to strike up conversation with me, a stranger in their 30s who was happy to be there and also out of place. They asked what I did, and I told them I worked in media; they pressed on, asking what I edited, where I worked; finally I showed them the AS homepage on my phone. They peered over my shoulder and scanned politely, sounding out the name: “Auto… straddle! Cool, so it’s like a blog.” They had never heard of it; they told me they wrote for a blog too, their college’s. It meant nothing in particular to them, and neither did I; it was such a lovely feeling.

The work to be done here will never be over, and also I feel more certain than ever before that it does not need me personally to succeed, which is also a lovely feeling. I feel content about making room for someone else to do it and be a denizen of this space rather than an architect. This is a longwinded way of saying I’m stepping down from the role of managing editor I’ve had for the past few years, and from a full-time role at Autostraddle. It’s too glib to say I’m grateful for the ways this community and this staff have impacted me; it’s more accurate to say my time here is inextricable from who I’ve grown into as a person, and anything of value I’ve done here is a reflection of you and of the team. So few people ever get the gift of being seen & loved fully and simultaneously challenged to commit to accountability; this community has offered me both and encouraged me to offer it to others, and I will forever be trying to honor that experience as it deserves.

I’ll still be around helping out part-time until new hires are made so our editorial team is filled out again; I’ll also be joining the team at Study Hall as editorial operations director. In the meantime I’ll be doing most of my writing at my newsletter if you’d like to keep reading; you can also get updates here if you’d like to just keep up with what I’m up to. I will never be able to articulate what this space and the people that make it up have meant to me; forgive me for trying and doing an inadequate job, and thank you for welcoming me into your ranks as an AS reader alongside you. 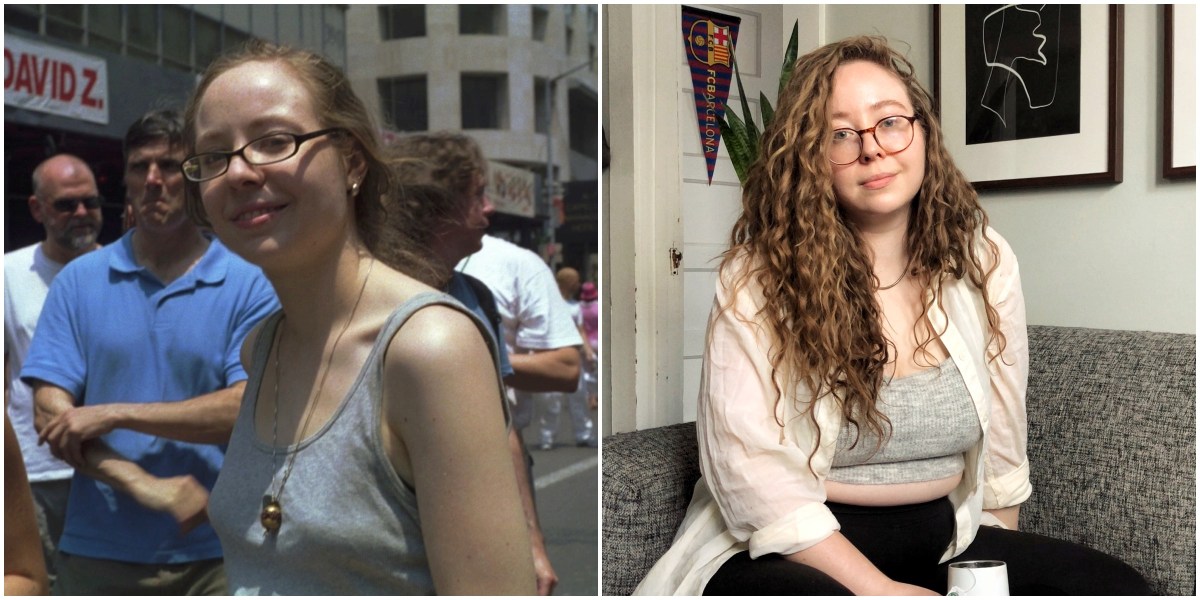