Yo, mutha flowers, a bunch of us went to go see Mad Max Fury Road this past weekend. Had we known how incredible it was going to be, we would have organized a caravan of all you beautiful queers across the country to come together and watch it as a pack; a sexy, renegade pack of unapologetic feminists ready to blow shit up in the name of freedom and solidarity. 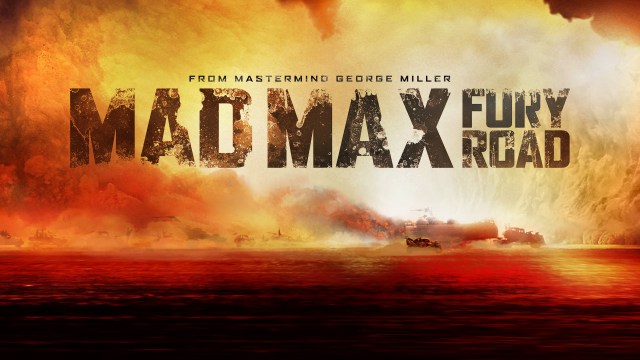 But even on our own, in our own hometowns, in separate movie theaters, we watched and fell in love with the delicious, delirium-inducing, debauchery that is Mad Max Fury Road. 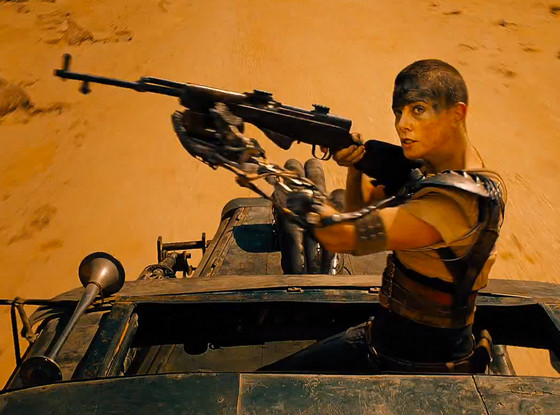 One of my favorite things about this movie was that it not only had its Hard Butch heroine in Furiosa, but that the Five Wives, who were presented as being these beautiful, feminine, helpless girls who were coddled and pampered (but also sex slaves), also got their chances to shine and have some really cool action moments. All of the women in this movie were capable, not just the one named Capable. Toast the Knowing, Cheedo the Fragile, The Splendid Angharad, Capable and The Dag (has there ever been a movie with cooler character names???) all did things that helped ensure their survival. None of them were helpless damsels in distress. And let’s not forget the Vuvalini, who give us even more diverse kickass women. There were just so many awesome women in this movie! 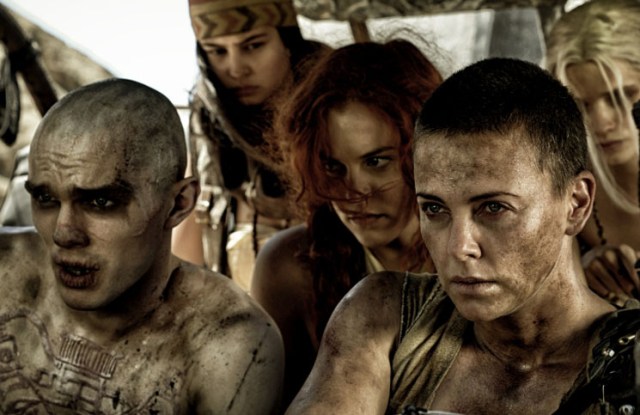 Charlize Theron delivers a captivating, challenging performance as Furiosa, arguably her best since Monster, as she barrels across the desert in a souped-up war rig to carry five angelic, badass women to a search for hope. Those women each embody their own strength and grace, overcoming fear and internalized misogyny to create a vision for a new life. Instead of forming a chorus of interchangeable former sex slaves, they are five women with their own goals, struggles and connections to each other and other characters. I want to watch the movie again and focus only on their experiences with and reactions to the horror unfolding around them, because there is immense texture within their stories.

We only spend real time with two male characters in the film: Max, whose struggle with PTSD is one of the most honest portrayals of mental illness I’ve ever seen on film, and who seems perfectly happy to play backup to Furiosa’s commandership; and Nux, whose transformation from mindless, frothing henchman to a helper who finds his beating heart through the kindness of freed slave Capable speaks deep truth about allyship and sacrificing our own privilege to pursue liberation for all. 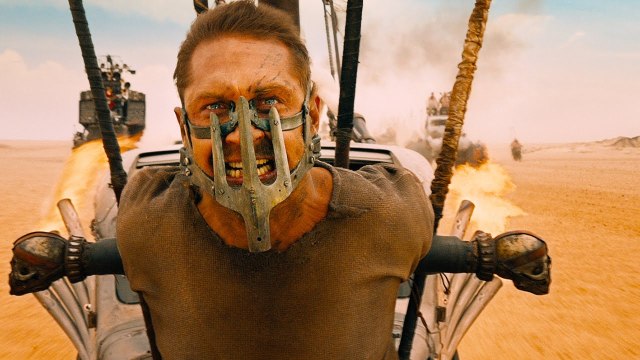 Charlize Theron carried the weight of the film’s emotional journey, and managed to do so even though pretty much the whole entire film was a high speed car chase. Tom Hardy as Max, though the title character, was pretty much eye candy. I actually fucking love Tom Hardy. He’s crazy talented and not sore on the eyes either. But I felt like his Mad Max was a little… introverted.

Okay, but those sister wives are what confuse me. In a film with such a strong female lead, how could George Miller write such thoroughly forgettable supporting characters? Zoë Kravitz and Abbey Lee stood out against the rest of the damsels in distress as genuinely talented, but the others weren’t really given the opportunity. Also – not that I expect anything more from a big budget Hollywood action film – but how in the hell is Zoë Kravitz the sole black person in this future earth?! Am I to infer that when hell broke loose the people of color were the first to go? Because that’s actually how I’ve been making sense of it. 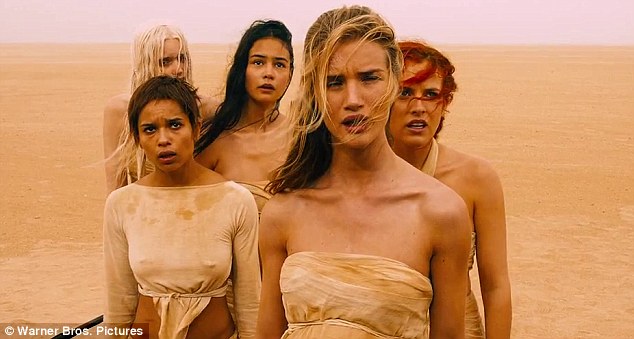 Also, not that I expect anything more from a big budget Hollywood action film, but how in the hell is Zoe Kravitz the sole black person in this future earth?! Am I to infer that when hell broke loose the people of color were the first to go?

Charlize Theron’s Furiosa is the HBIC in this movie. I had my palm raised to the universe the second she took control of that big rig and led the charge across the desert. She’s tough, like hella-fucken tough, and I wanted to be in the rig with her. She’s over dealing with some patriarchal, violent goon, dude-monster. He’s a rapist, a slave owner and he’s hoarding all the natural resources, like the CEO of Nestle. 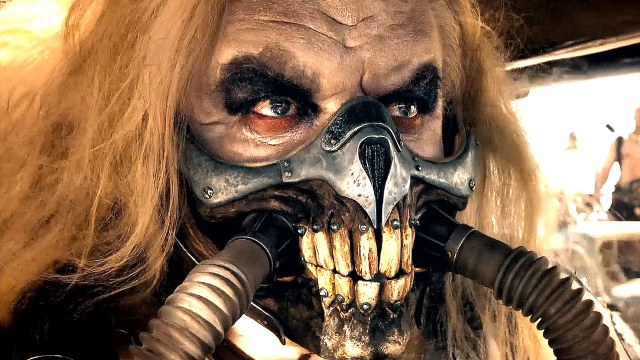 And Charlize’s Furiosa, is ready to snatch his post-apocalyptic reign of terror and take her enslaved homegirls with her. And she does: Furiosa fights like a UFC champ and did we mention that’s she’s an amputee? All praise our homegirls that are disabled ‘cuz they can and will fuck shit up and lead us into the promised land. Hallelu.

Mad Max: Fury Road feels revolutionary. The film is essentially a two-hour chase scene, complete with infinite gunshots and explosions, a few desolate wastelands, and a fantastical rig where half-living goons beat the drums — and shred the flaming guitars — of war. Inside these trappings, Mad Max tells the stories of powerful women fighting furiously for liberation. 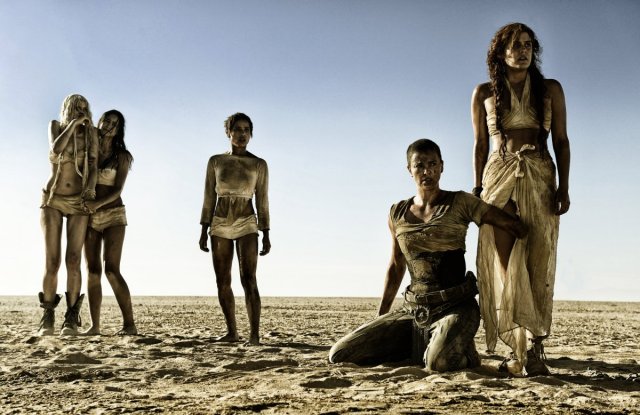 Overall, the film is wonderfully acted, beautifully filmed and scored, and perhaps the most ardently feminist blockbuster film I’ve ever seen.

Holy cow I loved this movie. Like, who woulda thought that a Mel Gibson movie franchise would have turned into an awesome movie about a bunch of ladies looking badass and powerful and beautiful and then acting even more badass and powerful and beautiful?! I also loved that while the movie is called Mad Max Max is, at best, an ancillary character; the movie could have easily happened without him.

It was anti-rape, anti-military, anti-totalitarianism and strongly pro-women. I mean, it was pretty much just a group of women fighting against toxic masculinity, and doing it in a movie genre that’s normally reserved for celebrating toxic masculinity.

This movie was so straight up anti-patriarchy, it was amazing. The whole plot was about them trying to escape or defeat the evil hyper-masculine world of the Citadel and the men who run it. It was anti-rape, anti-military, anti-totalitarianism and strongly pro-women. I mean, it was pretty much just a group of women fighting against toxic masculinity, and doing it in a movie genre that’s normally reserved for celebrating toxic masculinity. It was all about these Wives who were sex slaves to the Immortan Joe, but as Kate Leth pointed out on twitter, there wasn’t actually any sexual violence in the movie, which is pretty amazing for a post-apocalyptic action movie about sex slaves. 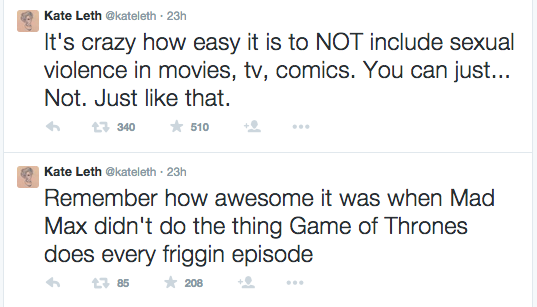 I liked Mad Max because it shows us what will happen if men continue to be in charge: they will destroy everything and develop a weird obsession with breast milk. Though this movie’s plot is literally, “Oh, we have to go to this one place, oops no, let’s go back” and it explains SO LITTLE of what you’re expected to just accept as the reality of the situation, I still enjoyed it. At one point men are only allowed to stay with a group of badass women because they are competent, which is a pretty low bar but still not the standard men are held to today. I also like that the Baby Man Army is nursed back to health via blood because it’s furr shurr a shout out to PERIODS. 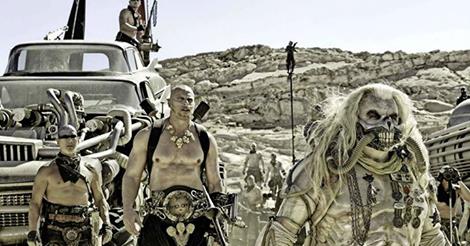 PERIODS ARE THE DEVIL.

Other favorite moments include finding which men could not keep a beat in any scene with drums. Overall, it is one of those movies where like no one cares that you can barely understand what the characters are saying because it’s not going to make anything make more sense. Also, for it to be a movie that is just non-stop violence, it doesn’t delight in it and isn’t terribly gruesome (which was my concern going in). I know that there’s so much misandry and feminism, but by far the best part of the movie is that fucking guitar situation and if you do not laugh every time it comes on screen, you don’t have joy in your life and I feel sorry for you.

At one point men are only allowed to stay with a group of badass women because they are competent, which is a pretty low bar but still not the standard men are held to today.

This movie kicked ass. I was forced to watch it in 3D because everybody I was with wanted to, but I grinned through the nausea because there is not a moment in this film where really hot people aren’t kicking so much butt.

I fucking love action movies. I love high-speed car chases, tough A.F. one-liners, and explosions. Unfortunately, I don’t enjoy watching men do stuff, unless they’re helping old ladies cross the street or carrying newborns in Baby Bjorns. I’m so completely over the whole “Watch Men Blow Things Up To Save People + Here Are Some Titties” movie genre, so I’m not ever trying to pay money to see male-dominated actions movies that often get their kicks from exploiting women and praising the brutality of men.

There are two reasons I went to go see Mad Max Fury Road: 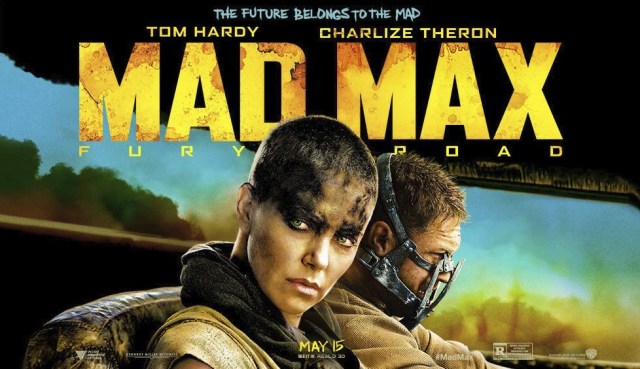 I had no idea Mad Max Fury Road was going to be one of the greatest feminist action blockbuster of all time.

I really, really didn’t want to see Mad Max. But then Gabby told me that MRAs were protesting it and would I please go see it with her and I did a 180 and was like, “Heck yes!” So obviously I loved this movie; pretty much the only thing I didn’t like was the soundtrack. Since talking about movies isn’t really my forte, I thought I’d rewrite the soundtrack. With a little help from Ms. Rivera herself, I made an alternate soundtrack full of songs that fit Mad Max’s feminista vibe. What songs would you want to hear chicks smashing cars (and the patriarchy) to?

p.s. Am I the only one who wants to talk about how Nux was Tony from Skins? I can’t be, right?

So there you have it, gorgeous warriors of the desert. Now, if you haven’t seen it, round up all your best homies and make a trek to the nearest theater. Have a few drinks beforehand or afterwards and make a night of it. Go with your fists raised high and salute big, stupid, glorious, Hollywood blockbusters and what it looks like when stories aren’t tailored to men and their fragile egos. Go see what it looks like when we’re driving the smoking tractor-trailers into the unknown and fighting for our sisters to live free.