If Lady Justice is real, she definitely seems to be of the opinion that slow and steady wins the race. It’s been a long time coming, but during his time in office President Obama has nominated several openly gay or lesbian judges to serve as federal judges, including the first openly lesbian nominee Alison J. Nathan.  The ten new judicial nominees, including Nathan, are moving forward in the nomination process and a vote in the upcoming weeks, as soon as October 11th.

In a statement regarding his decision to nominate her, President Obama spoke of his gratitude for her decision to serve the American people and explained, “Nathan is a distinguished individual who has demonstrated an unwavering commitment to justice throughout her career.”

Photo ops with the president and her partner and their two kids is a plus too, given that clearly America has a long way to go in understanding what lesbian families with values look like as illustrated by the whole Leisha Hailey getting kicked off a plane for kissing her girlfriend thing. 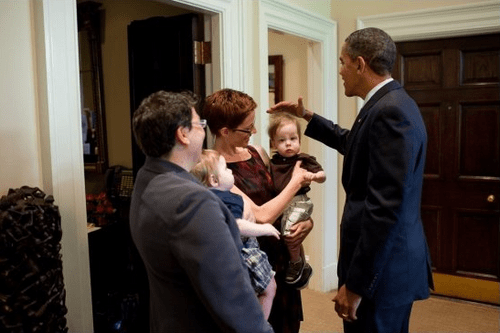 Earlier this year we watched Paul Oetken, the first openly gay federal judge, confirmed as a U.S. federal judge to serve in Manhattan. The appointment was upon recommendation from the Democratic Senator of New York Charles E. Schumer, who noted:

When there are so many qualified gay and lesbian people and none of them get on the bench, you scratch your head and wonder why, but the old barriers that existed in society are crumbling. That’s what this will say.

And cheers to that. Alison J. Nathan has years of experience including working as an assistant to President Obama (2009-2010) and  years working in academia including holding a position as visiting Assistant Professor of Law at Fordham University of Law (2006-2008) and then a Fritz Alexander Fellow at New York University School of Law (2008-2009). 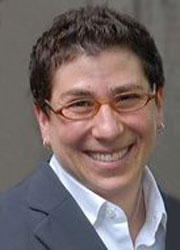 Basically, everyone she has worked with seems to have a friend crush on her according to a letter in support of her nomination, from 27 law clerks she worked with on the Supreme Court to Justice John Paul Stevens.

Ms. Nathan’s work since her clerkship confirms that she has the experience, skills, and demeanor well-suited for the bench. She has worked in demanding legal environments: practicing at a large corporate law firm, teaching law students, advising the President, and serving as a senior lawyer in the office of a state attorney general. The breadth of experience she has gained during the course of her career will serve her well on the federal bench. Many of us have kept in touch with Ms. Nathan over the years since clerking, and we can attest that, throughout all of this time, she has continued to exhibit the intellectual curiosity and levelheadedness that defined her work during our clerkship year. We are happy to report that she is the same thoughtful person whom we all got to know in our year together at the Supreme Court. She still relates easily to people from all walks of life and from all political persuasions.

Considering what it could mean to have a lesbian federal judge reminds me of how many landmark legal decisions have been made recently, and how important it is to have representation for the LGBTQ community on the bench.  Reflecting on the case of potential discrimination of a lesbian juror due to sexual orientation reminds me of how far we have to go.  Here’s hoping Allison J. Nathan becomes the first lesbian federal judge, making history for our community and our country.