It’s been a while since our last AlsoAlsoAlso so we have a lot of very important things to share with you. So many!

+ The 2011-2012 Where Are We On TV GLAAD report is out, and Fox and HBO are listed as the most queer-friendly channels. This year is extra-special because it includes this cute little slideshow where you can see all these characters in the flesh. Brittany is listed as bisexual, sidenote.

GLAAD says the number of LGBT characters on scripted primetime broadcast television is expected to decrease for the first time in four years. The overall numbers may have been disappointing to GLAAD, but the amount of lesbian and bisexual characters has risen significantly, even if gay men have stayed the same. (In previous years the amount of lesbian characters was deceptively more significant just because of The L Word — that show basically tripled the amount of lezzers on television but didn’t reflect any overall network initiative to have more female LGBT characters in shows that weren’t defined by their sexuality.)

+ Smith College has a Quidditch team. No one is surprised except apparently Riese.

+ There’s an interesting conversation about how to be feminine but visibly gay over at Effing Dykes. Also, a “study” about hoodies.

+ My High School Boyfriend Was Gay. Oh, the internet.

+ Fox News would like you to object to Archie Comics guy getting gay married.

+” A group of gay, lesbian, bisexual and transgender Iranians have posted videos of themselves on Facebook in a campaign to highlight the discrimination against sexual minorities in Iran wherehomosexuals are put to death.” The page is called “We Are Everywhere” and includes support from queer Iranians and from people around the world protesting of the imprisonment and execution of LGBT people in Iran. 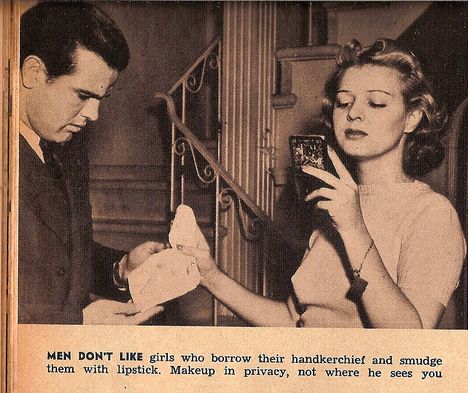 + Leaked documents show the Catholic church did not support the 2009 proposed Ugandan Anti-Homosexuality Bill, saying that while the Church believes homosexuality is a sin, it should not be criminalized.

+ The NCAA has new rules for transgender athletes that you probably have feelings about. Also, the NFL added sexual orientation to its anti-discrimination policy. Sports!

+ People have positive feelings about the new TLC show “Big Love,” which is about “five fluffy friends who live in New York City and work in the beauty industry.”

+ A message from a man to a woman: You are not crazy. It’s interesting!

+ Unity: Journalists of Color and the National Lesbian and Gay Journalists Association, both of whom promote diversity in the newsroom, are combining forces, which is significant because the larger Unity organization is in turmoil right now.

+What would Sex and the City be like if it were airing today? Different, probably.

+ Salon wants people to stop covering Leonard Cohen’s “Hallelujah.” Even Leonard Cohen is kind of sick of it.

+ The Sex Positive Photo Project is relevant to your interests.

+ Our Fonts, Our Friends is something I deeply appreciate.

+ A lesbian couple suffered severe homophobia at the hands of the resort hosting their honeymoon retreat. The couple said that “the company refused to acknowledge their holiday as a honeymoon and … they did not receive the special treatment offered to others because they were a same-sex couple.”

+ Girls should do tech! Only a small fraction of computer science and other tech students are women, so the Boys & Girls Clubs of America teamed up with CA Technologies to implement an initiative that encourages girls to go into tech work.

+ Bitch Magazine did a nice interview Jennifer Knapp in which she discusses the intersection of Christianity and sexuality.

+ Focus on the Family is laying off a bunch of its staff for the fifth consecutive year. They’re also cutting $10 million from their budget. And all the homophobic Whos down in Whoville will all cry, Boo Hoo.

+ A North Carolina pastor was targeted for taking up an anti-gay stance, and by “targeted,” they of course mean “he’s received four or five voice messages from angry people who called him a ‘hypocrite’ and accused him of hating gays.” Someone also hung up a sign of protest outside his church! That poor man. 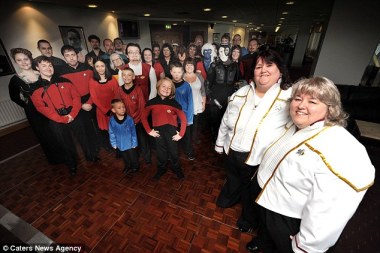 +Sesame Street did a frighteningly accurate parody of Glee. I especially appreciate that they included the piano player.

+The New Yorker ran a really great article about women in movies and also about the pathetic state Hollywood is in. The author suggests they start working on “The Cute Bear from Those Toilet-Paper Ads Movie,” among other funny things.

+Melissa Etheridge is taking advantage of the fact that they weren’t legally married against Tammy Lynn. Yikes.

+A wrongful death lawsuit has been filed by the partner of Christina Santiago, an activist who was killed at the Indiana State Fair when the stage collapsed and who we love a lot.

+Millionaire Matchmaker is offensive to everyone.

+Everyone is Gay is on tour now, so watch the eff out!

+One of Rick Perry’s supporters has described same-sex adoption as the state having “sold each kid to a homosexual couple that’s not married for $10,000,” which would be funny if it wasn’t so remarkably upsetting.

+The New York Times wrote a thing about how there are vagina jokes on their teevee! They seemed offended. AfterEllen had a good, pun-ridden response.