When I heard it was Underwear Week here at Autostraddle, I was a little bit excited but also mostly anxious. Don’t get me wrong – I love looking at ladies in undies and I think it’s important to talk about our options when it comes to undergarments, but personally? I don’t have much to say when it comes to underwear. I found a style and cut I didn’t mind back in middle school (Victoria’s Secret bikini cut, heyo!) and I’ve faithfully bought the same kind of underwear for the past…12 years. When I see it written out like that it maybe seems a little bit pathetic, but honestly, much like my attitude toward makeup, I’ve just never cared. I have a hard enough time finding cute clothes that I can afford and feel good in. I don’t have time to worry about what’s going on underneath it all.

But you guys, then I heard about The League of Ladies, and now I may have to change my mind about everything. This company is creating superhero underwear for ladies, featuring real women of note. I know. Suddenly I’m like, Victoria who?! 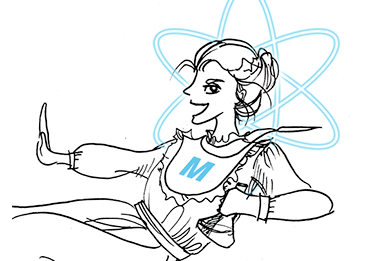 what if this was on your butt? what then?
via the league of ladies

I first discovered The League when Policy Mic interviewed the designer behind the project, Shelly Ni. It seems that the Victoria’s Secret Pink Loves Consent panties prank from last year is part of what sparked Ni’s decision to make actual undies with a message, which makes my sudden desire to quit buying the Vicky S. products I’ve been relying on for over a decade in favor of her design even more poignant! No but seriously, who can say no to superhero women on your butt? I for one would never tell a superhero lady to get off my butt. Ever.

The League of Ladies is in its infancy, but Ni seems like a smart spunky human who is going to blow us all away with the help of her superwomen, and she’s got the design portfolio to back her up. Things are pretty mysterious right now but you can get the inside scoop by joining the League of Ladies mailing list, or check the company out on Tumblr and Twitter. So far they’ve given us a sneak peek at the design for Marvelous Marie Curie (her superpowers are glowing in the dark & winning the Nobel Prize, duh) and the early sketches for Frida Kahlo. 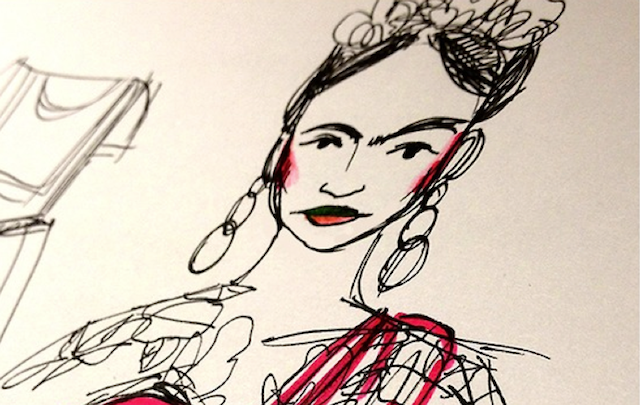 carmen are you dying right now?
via the league of ladies

Basically I can’t wait for these to go on sale, and I have never ever had that feeling about a pair of underwear before so I had to tell you about it. Who’s joining the League of Ladies with me? I think these are the perfect undies to wear as we plot to take over the world.