Feature image via Love from Abroad

Within the last year, various states in Brazil have come under attack for discriminatory practices towards female candidates who are taking the public service exams. These public service exams are designed as a selective process to evaluate the capacity for candidates in the roles of government entities and professions; however, a stipulation in many of these exams requires women to undergo invasive gynecological exams to measure the “health” of future public officials.

The highly questionable regulations garnered public attention when activists spoke out against a requirement made by São Paulo’s State Department of Education that female candidates participating in the public service exams, who are virgins, must have a doctor provide a medical testament that affirms their virginity. The State Department’s branch of medical examination (Departamento de Perícias Médicas do Estado or DPME) must also confirm this “proof of virginity.” Those in favor of the requirement suggest that the policy is designed to protect virgins. According to the coordinating body of Human Resources for the State Department of Education, instead of subjecting the candidates to invasive gynecological procedures, the policy would allow virgins to skip the medical examination… if they can prove that they are not sexually active. So, any female candidate applying for a position as a Scholastic Organization Agent, an Administrative Officer, a Public Executive, an Administrative Analyst, a Socio-cultural Analyst, a Technology Analyst, or a Technical Agent for Health Care — all jobs that require that applicants pass the State Department of Education’s public service exams — in São Paulo is assumed to have or have had a vulva with a hymen and must either prove they’ve never had sex or allow medical practitioners to perform invasive procedures on them. 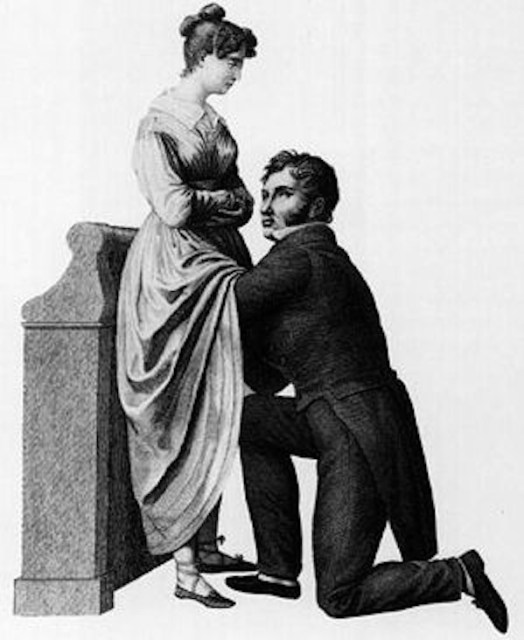 Shoutout to archaic gynecological exams. She looks like she’s having a blast
via JonathanFun.com

São Paulo is not the first state in Brazil to demand gynecological examinations from any female-identified candidates. In 2013, activists also condemned public service exams in the state of Bahia that required any female candidates applying for a position on the Civil Police force to either prove that they are a virgin or to submit to invasive gynecological exams. While the “proof of virginity” stipulation is a relatively new addition, the Secretariat of the Bahian Administration admitted that these policies are a recurring trend in “various public service exams administered throughout the country.” In spite of this trend, many organizations are speaking out against these harmful policies. Catholics for the Right to Decide condemned the policies by asserting that  “The submission of executive legislators to religious norms and doctrine for electoral votes is all too familiar for us. The problem is that, beyond violating the constitutional rights of citizens who do not have that religious reference and do not want to have their lives regulated by such norms, this submission directly affects the lives of women and of the LGBT population, in the way that public policies designed for all citizens of the country are implemented or not, as they are approved by these sectors.” [translation mine]

We reject this criteria because we consider it a manifestation of discrimination against women, especially towards those who have not yet engaged in sexual activity, that to occupy these jobs, [female candidates] need to present a declaration from their medical gynecologist to be exempt from exams that cause discomfort.

We reject this action of the State that interferes with the privacy of women and reverts to prejudice and discrimination. It is absurd that in the 21st century, the State causes constraint on and interferes legally with the bodies of women, obligating [women] to submit to exams, [and] above all that these exams do not measure the capacity to function [in the job] for which [the candidates] are selected.

We reject the argument used by the State that these [candidates] need to be without any physical or mental problems. This explanation does not have a real basis, since various illnesses that affect women, when treated, do not make working impractical.

We reject the demand for gynecological exams in selections and public service exams. This practice is abusive. It violates the principle of human dignity, present in the Federal Constitution of 1988.

We reject this practice because it violates the Principle of Equality and the Right to Intimacy, Privacy, Honor, and Image, that prohibits the demand for proof of pregnancy, sterilization, and other discriminatory practices for admission or permanence in juridical relation to work.

We reject this action because it restricts the rights, liberty, and self-determination of women and we urge all to protest against this act of discrimination and prejudice.” 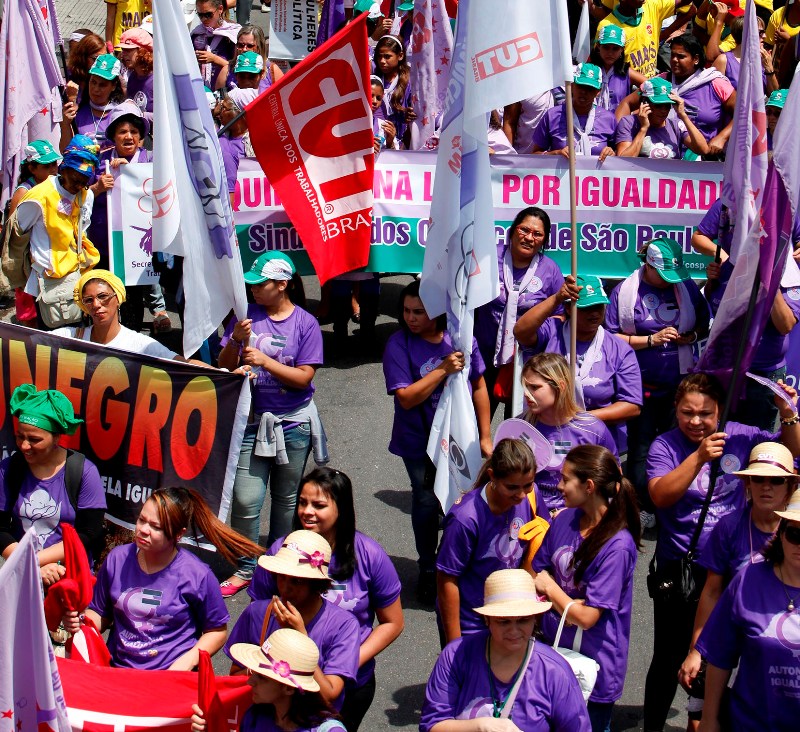 Protest with female workers from CUT
via FETEMS.org

There are more than a handful of reasons why this public service exam policy is fucked up as well as just inaccurate. First of all, the stipulation assumes that every woman has a vulva, let alone a hymen. Virginity tests generally involve an inspection of the hymen and deduce that if the hymen is torn or stretched, the person is no longer a virgin. These tests are foolish because there are a number of reasons why a person’s hymen may be torn, stretched, or not very visible. Tampon usage, physical activity, and natural physical anatomy are all reasons why a virginity test is error-prone. Mostly, these policies are absurd because they are just an extension of regulations on female sexuality.

Although it may be disheartening that even in 2014, state governments are requiring archaic and invasive gynecological exams, these gestures are further proof of the systematic regulating of people with vulvas, particularly those who are female-identified. In these moments, the State denies people their humanity to obtain control over how certain bodies are allowed to operate in space. Furthermore, while this particular instance is specific to Brazil, we see these policies that seek to control people’s behaviors by evaluating a person’s worth and morals by their genitals or sexual activity all over the world, from similar rules in China beginning in 2005 that required gynecological exams for female applicants to civil service jobs, to medical “requirements” in the United States that demand that people with uteri undergo invasive gynecological exams for birth control. 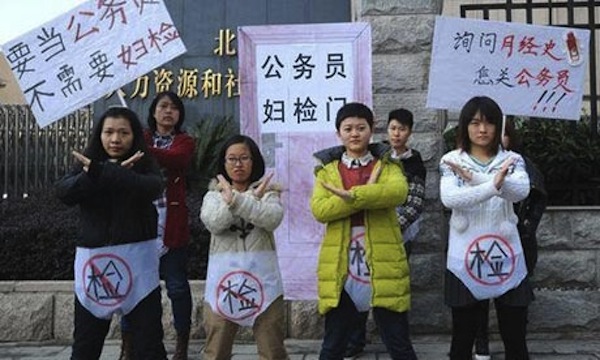 In 2012, Chinese students protested in Wuhan against invasive gynecological exams, required for women applying to work for the civil service
via The Guardian

Fortunately, in the case of Brazil, organizations and groups like Catholics for the Right to Decide, Unified Workers’ Central, the Teachers’ Union of Official Education of the State of São Paulo (Sindicato dos Professores do Ensino Oficial do Estado do São Paulo or APEOESP) and the Commission for the Protection of Women’s Rights have coalesced around the question of human rights for female workers. Perhaps these public denunciations nod to Brazil’s history of feminisms, which have made a significant impact on Brazilian politics. Feminist activism featured prominently in the re-democratization of Brazil, after the fall of the military dictatorship in 1985, leading to a form of feminism that can now be branded as “state feminism.” This state feminism, which is not the only kind of Brazilian feminism or feminist movement, translates the demands of feminist and women’s movements to formulate federal policies. Brazilian “state feminism” negotiates the interesting balance between advocating for a more participatory role for women in political and work spaces, while resisting co-optation from the State.

Although this state feminism does face obstacles, such as ensuring that various feminist perspectives are included in its work and that government forces do not simply use state feminist work as a mere guise for inclusion, it may be key in the overturning of the discriminatory policies surrounding public service jobs. If state feminism in Brazil has acted as a bridge between the needs of civil society and the deeds of the government, it can certainly advocate for gender equality in labor related policies. No government should subject people to invasive procedures that measure their worth because of gender identity, genital anatomy, sexual activity or professional desires.