It has been a banner week for Cameron Esposito and Rhea Butcher’s hit Seeso series “Take My Wife.” As you hopefully recall, I reviewed this series several months ago and my review was an enthusiastic expression of unbridled affection. It also included a Rhea Butcher fan collage. Hopefully said enthusiasm inspired y’all to subscribe to Seeso and watch Season One several times, as I did.

1. Seeso has renewed “Take My Wife” for a second season! I can’t wait to watch it six times.

3. The PR people at Seeso are clearly TOTALLY BANANAS and sent me the weirdest press promo package ever for Season One of Take My Wife (which, as aforementioned, I’ve already viewed, and you should too). Prior to this very moment, I thought I might have to live my entire life only having shared photographs of this weird press package with all of the senior editors and my dear friend Kristin Russo. But this Season Two announcement and that digital short have given me the excuse I need to inform you that I now possess a pop-up Cameron & Rhea paper doll!!!!!!!!!!!!!!!!!!!!!! It came in a large box I had to unfold and I thought there might be peanut butter inside. Little did I know what magical surprise was truly in store. 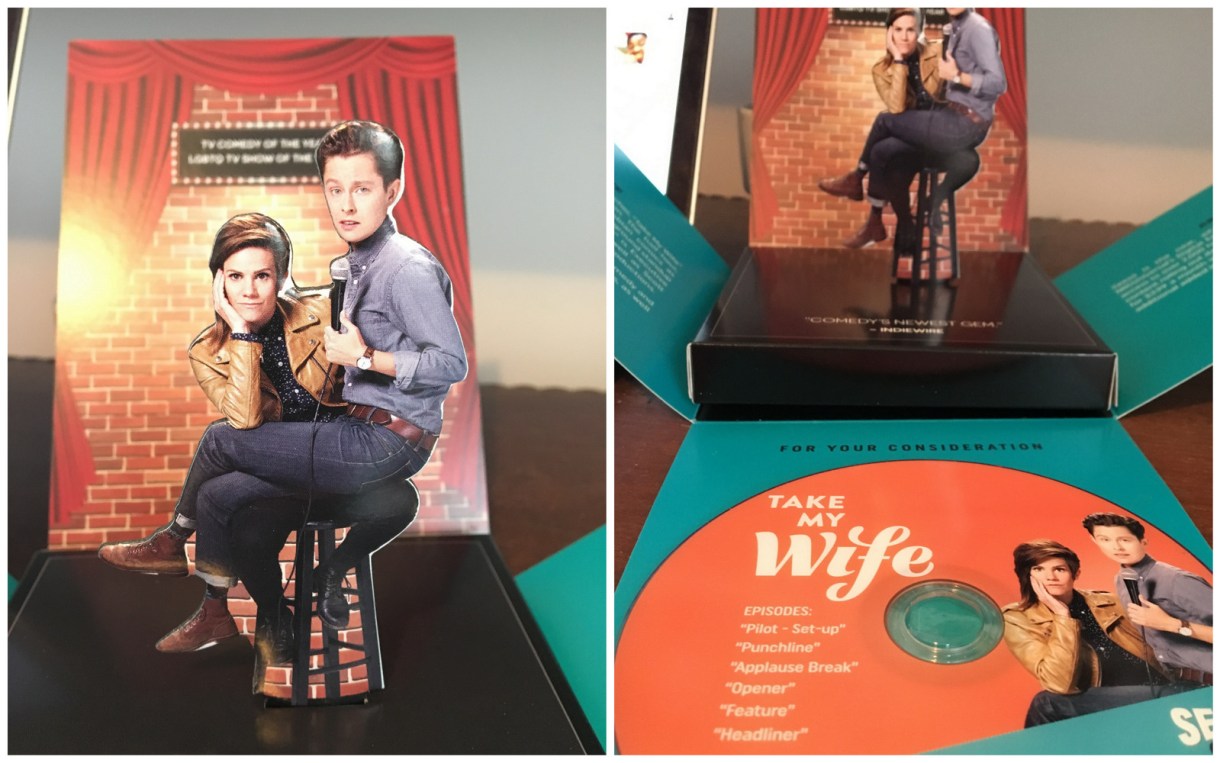