The UK might be seeing the end of its worst economic downturn in modern times, but austerity is here to stay. Economic justice affects everybody, but what does it especially mean for LGBT people? In this last installment of a three-part crash course on UK LGBT politics, we’ll look at the impacts of austerity and the rise of far-right parties in the lead-up to the 2015 General Elections.

At the start of 2013, the UK lost its triple-A credit rating* and was on the brink a “triple-dip recession”** (the first being in 2008 and second in 2011-12) after negative GDP growth through most of 2012. The economy surpassed expectations, however, and grew steadily in the first three quarters of 2013.

* A credit rating indicates the ability of countries to pay back their debts.
** A recession is defined as negative GDP growth for two consecutive quarters.

Despite the unexpected positive news, Chancellor George Osborne has stressed that the government will not ease up on austerity measures, which have thus far included slashing the welfare and NHS budget, raising student fees, privatising the Royal Mail, implementing the bedroom tax and so on. The independent Office for Budget Responsibility (OBR) estimates that “by 2019 the share of national income spent on the day-to-day running of the state would be the lowest since at least 1948 when modern records began.” 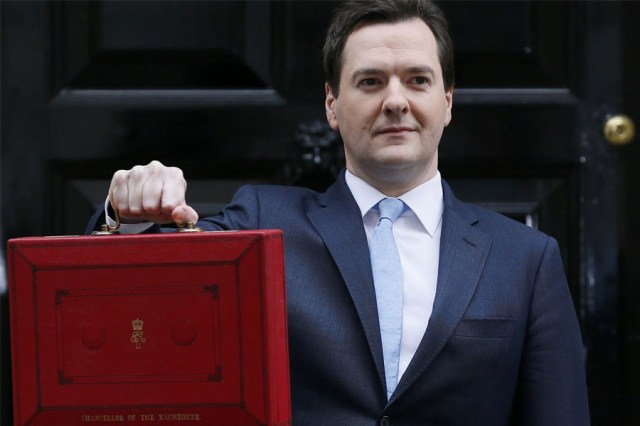 George Osborne
via The Mirror

The 2013 local elections saw the far-right “non-racist” UK Independence Party (UKIP) make its largest gains to date, going from 8 to 147 seats overnight and earning 23% of the projected national vote share, ahead of the Liberal Democrats. Euroscepticism is still a core tenet of the party, though it has broadened its policy positions to include opposing same-sex marriage, banning An Inconvenient Truth in schools and abolishing “politically-correct things like diversity monitoring” in local government. 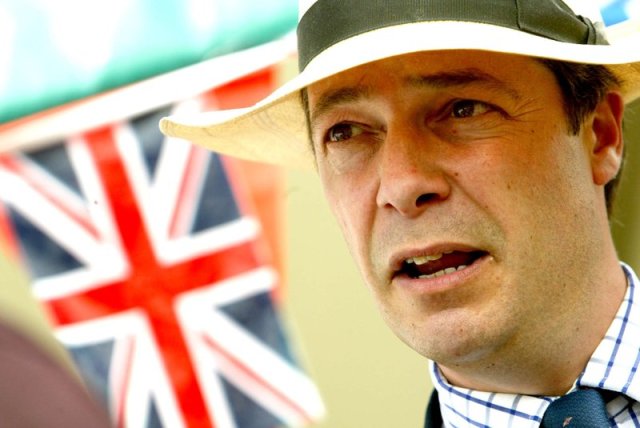 Taken with a healthy dose of caution, the UK appears to be (finally!) on track for economic recovery. The welfare state, on the other hand, is going to take far longer to bounce back – if it ever does at all. While some of the battling about benefits spending has been practical (“what can we pay for?”), plenty has been ideological (“what should we pay for?”), and the Tories have made clear where they stand on this.

Three significant votes are coming up this year:

The General Elections are slated for 7 May 2015 and pollsters currently predict a Labour majority government, though Conservatives are banking on improved economic performance to persuade voters that austerity is working and David Cameron is still more popular than Labour’s Ed Miliband and Lib Dem’s Nick Clegg. The Lib Dems have shouldered most of the backlash against the current government’s policies. 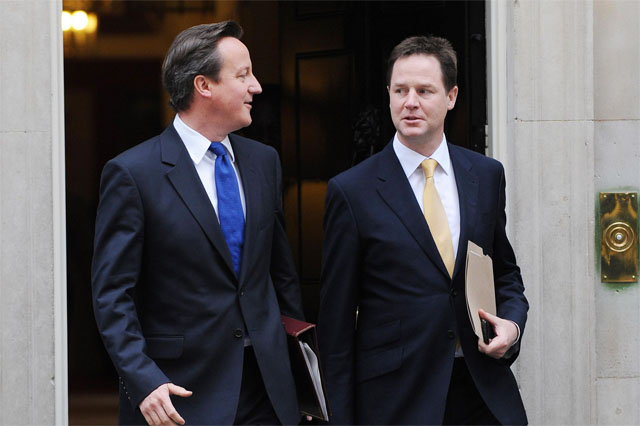 David Cameron and Nick Clegg, who are currently in power
via The Daily Record

PinkNews polls of readers and LGBT voters indicate increased support for both Conservatives and Labour at the expense of the Liberal Democrats.

Recessions and austerity measures disproportionately affect marginalised populations, and LGBT people (particularly those who are young, disabled and/or BME) are no exception to this. There are three key areas in which support for LGBT people has been compromised:

With mainstream gay activists focused on same-sex marriage legislation, issues of economic justice and social mobility have been conspicuously absent from LGBT movements in recent years. Yet unexpectedly, 2013 saw a twin champion of poverty rights and LGBT politics in Jack Monroe, author of the blog A Girl Called Jack and now a freelance writer and Guardian columnist. 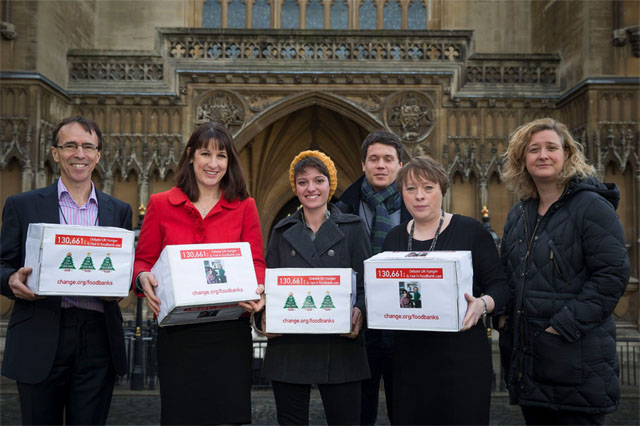 When you’ve got to the point where you have unplugged your fridge and you have unscrewed your light bulbs and you have sold everything you own and you are eating value kidney beans out of the pan, or using the child’s formula milk that the food bank gave you. Where was I supposed to find £14 [for the bedroom tax] back then?

Until people realise benefits doesn’t mean scrounger, and austerity isn’t a fun middle-class way to grow your own vegetables, there’s still a lot of work to do. 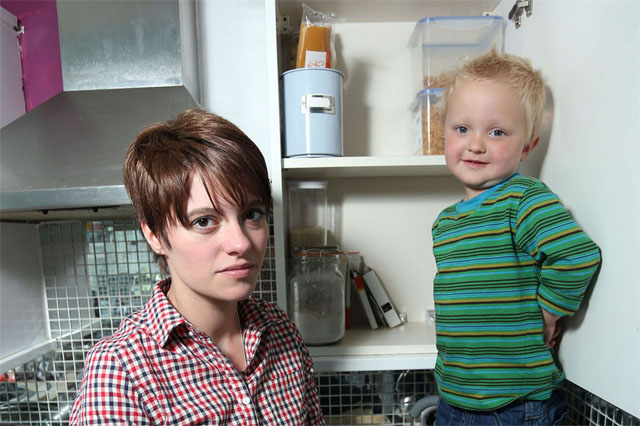 Jack Monroe with her Small Boy
via The Mirror

If I get asked any question most, it’s how have you got a kid if you’re gay. I didn’t hand my womb in when I came out. A lot of people have relationships with men before they realise they’re gay. I was in a relationship, had my son, and it was only afterwards that I realised that this wasn’t right.

The 2013 British Social Attitudes Survey might have revealed an unprecedented level of acceptance for LGBT people, but that doesn’t make us immune to the growing hostility against the poor, hungry and homeless – not because bigots can’t tell the difference between “benefits scroungers” and “immoral homosexuals,” but because LGBT people are disproportionately the poor, hungry and homeless. An LGBT movement that does not recognise this reality cannot adequately serve the needs of the community it deems to represent, and it is time now more than ever to recognise that queer liberation cannot be disentangled from economic justice.

This has been the last installment of this mini-series on UK LGBT politics. Read earlier posts on Same-Sex Marriage Legislation and Homophobia in the Commonwealth.