One of the most rewarding things about sharing my story online is that I’ve had the chance to see how my writing has directly impacted others. My inbox was flooded with messages of love and support after my first Autostraddle piece was posted in April 2011, but one email in particular caught my eye:

Subject: I know this is incredibly random

Hi Annika,
Not exactly sure how to start such an email, but I guess I’ll just kind of jump in.  I read your post on Autostraddle and your story absolutely amazed me.  I’m a current USC freshman in a sorority, and although I’ve always struggled with my identity, only recently came out to some very close friends (none of them girls in my house) about being transgender.  My pre-college narrative is similar to yours; I’ve been fascinated by the idea of transgenderism but grew up in a conservative neighborhood. When I got to USC, I joined a sorority out of a panicked, last-ditch effort to try and be the girl everyone expected me to be.  But, clearly, I’m not. Coming out to even a few people has been incredibly liberating, but I’m still painfully struggling with this realization, especially since I’m in a sorority. How did you survive the USC Greek System?  I’m currently active in the Queer and Ally Student Assembly and facilitate monthly anonymous meetings for LGBT members of the Greek community, and as much as I try to encourage group members to not stereotype the Greek community as homophobic or transphobic, I know that for much of the community the stereotype is completely true.  Any words of wisdom for a closeted trans person on the row?

I know these questions are kind of out of nowhere, but I want to thank you, even if you don’t answer them.  Knowing that there is someone out there who has gone through something similar (especially at the same school) and come out happy is extremely comforting.  Thank you for being an awesome example for those of us discovering ourselves in what can be a very hostile and unwelcoming environment.

This was the first in a number of emails that Dylan and I exchanged in the following months, and during that time they escaped the sorority, came out to their parents, and began socially transitioning at school. I’m really impressed by how much they’ve accomplished, and it’s been a pleasure to watch them become strong and empowered. They are now a leader in their campus trans* community and an outspoken activist for LGBTQ equality. Dylan and I recently sat down to discuss their latest project, the Transgender Housing Network.

Let’s start with the basics. What is THN?

It’s pretty much exactly what it sounds like! A temporary housing network specifically for trans*-identified people, where they can go and post submissions if they need a place to stay, or find submissions from people willing to host homeless or displaced trans* people in their area.

That is so cool! Where and how did you get the idea to start this project?

So I was supposed to be working on some term papers and other projects during finals week and I had already kind of committed to an all-nighter. Obviously instead of working at 3am I was on tumblr and I was reading all of these posts from trans* people talking about getting kicked out of their houses and needing places to stay, and it made me think “there has to be a more convenient way to get the word out for these people than just reblogging every individual post. So I set up a tumblr and I originally called it the Trans* CouchSurfing Network, but I ended up changing the name because CouchSurfing is already an established site. And I basically just made one post saying something like “hey, this is the Trans* Housing Network, this is what we’re doing and you should reblog this and get the word out.” And it just exploded. I had no idea so many people were in need of a resource like this, but we had something like 500 followers in the first twenty-four hours and now we have well over 2,000.

That is so amazing! And this is such important work that you are doing. There is so much need out there for resources like this. Many of the patients at the queer/trans* youth clinic that I go to don’t have permanent housing. It’s a really sobering experience every time I go there.

Yeah, it’s a ridiculously huge problem in the trans* community. And at first it was really depressing because I would see all of these submissions from people who needed a place to stay and just think “holy shit, this is horrible.” But it’s also been really, really heartwarming to see how many people are willing to take people into their homes.

Definitely. Have you personally heard from people who have used THN, either as surfers or hosts? I’d be curious to hear some feedback about it.

I actually have! A handful of people have send me tumblr messages telling me that they hosted someone, or that they found a place to stay because of THN. I even got a text from one of my friends who lives up in Santa Cruz saying that they had contacted someone who needed a couch to crash on and that person had already gotten like a million offers because so many people had seen their listing on THN. 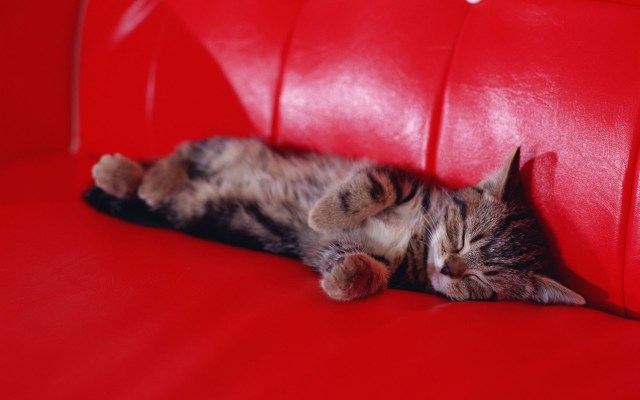 Sometimes all you need is a safe place to crash

I’m really glad to hear that people have had positive experiences so far! So, is THN only for trans* people? Or can others use the service as well?

I know! It’s one thing to have all these followers on tumblr, and I love seeing the listings get reblogged, but knowing that THN actually helped someone find a place to stay is just awesome. And to answer your question, THN is for trans*-identified people only. I got a few complaints when I first started the network from people who thought I should open it up to cisgender queer people, but I really firmly believe that this resource should be run strictly for and by trans*-identified people. I absolutely let cis people post listings offering to host, but I plan to keep THN a very exclusively trans resource in every other respect. I know not everyone agrees with that, but it’s something that’s really important to me. I think there’s something really special and necessary about having a resource that is really made by and for the trans* community.

I can understand why you’d want to do that, especially because I’ve heard countless stories of trans* people being turned away from traditional homeless shelters because of their gender identities.

Exactly! I mean, I understand that homelessness is not an exclusively trans* issue. But there are so many more options for cis people out there, and I really wanted THN to cater specifically to trans* people.

So, what are your plans for the future of THN? And more generally, are trans* housing issues something you’d like to focus on career-wise?

I’m really interested in incorporating it as a nonprofit at some point, but I definitely need to do more research about that. I’m still a full-time student so I have to be reasonable about what I can accomplish on my own, and having a board of people working on making THN a really fantastic, accessible resource would be incredible. Right now as far as THN is concerned, I’m focusing on finding other trans people interested in helping me run things, especially anyone who can help me out with web design and things like that. Career-wise, I think this has really sparked my interest in this kind of work, and if I could turn this into a career I’d do it in a heartbeat. Ultimately, I want to do everything I can to make THN as useful a resource as possible.

Well I just think this is so great! I remember when you first wrote to me last year, and it’s really inspiring to see how much you’ve progressed since then and how passionate you are about helping fellow trans* people who are less privileged. Thanks so much for taking the time to talk to be about THN! Just one more question: how can Autostraddle readers help out or get involved?

I really recommend everyone checking out the website and spreading the word if you can. The more people who know about THN, the more people we can help, and that’s really the main goal. You don’t have to have a tumblr to send submissions, whether you need a place to stay or you have a place to offer. But even if you don’t or can’t submit a listing, please just spread the word! And if any trans* Autostraddle readers want to help directly with THN, please get in touch! I read every submission that gets sent in so if you’re interested in helping with web design or anything at all, please please send a submission and let me know!