I think we can agree that by all accounts and according to all major news sources, Toronto is pretty much the least pleasant place to be in North America right now. If you weren’t already one of the 9,000 people arrested for having, like, an especially heavy purse within a twenty-mile radius of the G20 conference, then you’re pissed about the way Toronto Pride is going down. And you thought being Canadian was all hockey and beavertails, huh? (@montrealgazette) 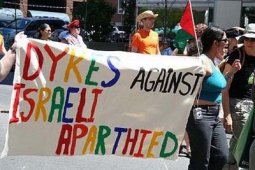 A quick recap: the original point of controversy was that Toronto Pride was banning the group Queers Against Israeli Apartheid and in fact banning all use of the term “Israeli apartheid,” apparently in an effort to pretend the Israeli-Palestinian conflict just isn’t even a thing. In an act of protest, several past honorees of Toronto Pride pointedly returned their awards, because really, if you’re uncomfortable with heated political disagreement, then taking to the streets to make your queer community known probably isn’t for you. The Pride planners then rescinded the policy, so really everything’s fine now, right? (@xtra) 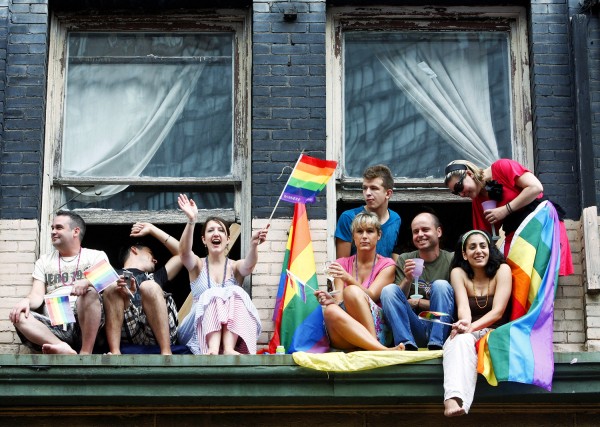 Well, if you’re not trans, female, young, or of color, then maybe it is, I dunno. But This Magazine has an excellent rundown on the more insidious ways that Toronto Pride is making itself an unwelcoming space for marginalized queer communities. For instance, it appears that while they were busy making sure no one talked about apartheid, Toronto Pride planners were also planning the Trans March without any input from trans people, booking events relating to women’s and youth issues way the hell away from where the rest of Pride was happening, and oh, also f*cking over black queers. Did we mention that? (@thismagazine)

Blackness Yes! is a community-based organization that’s been putting together Blockorama, a Pride party for black queers, trans people and their allies, for the past twelve years. For the past three, it’s been forced to move to smaller and smaller venues when the spaces it was originally slated for were reassigned to Toronto Pride’s corporate sponsors – two years ago, the space was so inappropriate that when paramedics had to be called for an attendee who needed emergency care, they couldn’t reach her because of the density of the crowd. And what about this year? Yes, you guessed it – Blockorama has been moved to an even smaller and less safe space than before, the Alexander Street parkette. A parkette. That’s not even a park.

Thea Lim of Racialicious has also covered this story in terms of what it means for Toronto’s relationship with its black queer community. She mentions that Rinaldo Walcott, a University of Toronto professor, wrote a letter expressing his frustration with the treatment Blackness Yes! was receiving, excerpted here:

It is in fact the discrepancy between Pride Toronto’s treatment of local black communities participation in pride events and its attempt to position itself as a global player in the LGBTQ global rights movement that I find particularly offensive, disrespectful and unmindful of the very communities residing here that Pride Toronto would seek to champion overseas.

How can this be? How could it be that Pride Toronto did not see this ethical dilemma before it? Is it because Blocko is the last non-commercial space at pride? Is it because like much else in this country Pride Toronto too believes that black people as a constituency can be ignored? These are genuine questions, not accusations.

…We will not as black people here and globally stand to be exploited by white folks who now want it to appear that all is well at home, but not elsewhere.”

After calling a town hall meeting and a meeting with the Executive Director of Pride Toronto (who wasn’t able to make time to see them for, oh, five months), Blackness Yes! has finally been granted… their original space back. Committee member Syrus Marcus Ware says that he’s still “not one hundred percent convinced he has our best interests at heart,” and really who can blame him?

The theme for Blockorama this year was based on James Baldwin’s essay The Fire Next Time which, if you haven’t read it, I mean honestly, why not? What is wrong with you? Baldwin talks about our human accountability to each other, and the dire things that lie in our future if we don’t start taking care of each other the way we’re supposed to. Blackness Yes! had their party yesterday, Sunday July 4th, and we hope that Fire This Time succeeded in such a way that would make Baldwin proud.  (Get it? Proud??)

Early reports indicate that despite all these issues, Toronto Pride seems to have gone relatively better than expected – what have you heard?  Were you there?  Tell us about it!

Meanwhile in Germany, prominent queer theorist Judith Butler was presented with the Prize for Civic Courage at Berlin Pride and refused it, saying that it should go instead to local feminist and queer organizations that promote anti-racism: “Some of the organizers explicitly made racist statements or did not dissociate themselves from them,” Butler stated in her not-acceptance speech. “The host organizations refuse to understand antiracist politics as an essential part of their work. Having said this, I must distance myself from this complicity with racism, including anti-Muslim racism.” Oh and she said all this in German because Judith Butler is basically like the MacGuyver of queer theory only instead of exploding helicopters full of bad guys she explodes people’s brains. You can watch the video and read the full text of her speech here. (@postpomonuyorican)

One of the largest-scale surveys on bisexuality in the the workplace is now underway. The study will take place mainly in the US and UK, and comes out of increasing awareness that bisexual employees often feel isolated from both their straight and gay coworkers. This is important news, because as any bisexual person can tell you, there is frustratingly little data about anything to do with bisexuality. (@pinknews)

Hey remember when it looked like maybe there would be gay marriage in New York but then there wasn’t and we all almost threw ourselves off the GW bridge? Yeah well thankfully Cuomo says that gay marriage will be “a priority” in 2011. Thanks bro! (@wsj)

Oh, and that’s not all! In the UK, equalities minister Lynne Featherstone says that it’s possible that gay couples may soon be able to incorporate religious elements into their civil union ceremonies; this is a big deal, as the current Civil Partnerships Act prohibits the use of religious services during registrations. (@telegraph)

What are you doing right now? Did you read the NSFW Sunday yet? If you answered no, then read that. If you answered yes, then you might as well check out part three of the New York Times’ series on gay youth, yeah? (@nytimes)

Remember when a study said that gay people make great parents and everyone got their panties all in a twist about it? Well suck it, bitches, because Scotland is issuing a call for MORE gay parents in light of their ongoing adoption crisis. “Margaret Moyes, chief executive of the Scottish Adoption Association, said: “There is a growing awareness that same sex couples do make good adoptive parents and children can benefit from it. “But I’d really like to see more gay couples applying because of the number of kids in Scotland that are not being placed for adoption.” (@dailyexpress)