I was really excited about all of your excitement about Butches Doing Things. But maybe, just maybe, some of you looked through Baking Butches and thought, “I love these photos of butches baking. But now I want to know what they are baking!” Well, I agree. I mean it’s one thing to look through photos of cute girls doing cute things, and it’s another thing entirely to have access to the details of those cute things and be offered the chance to replicate them yourself. And when it comes to recipes on the internet, it’s just my personal feeling that I’m more likely to listen to a cute queer to tell me what to cook than some random non-queer.

This follow-up is unique in that it doesn’t really apply to any of the other Butches Doing Things Tumblrs we talked about (unless there are pages dedicated to telling butches how to fuck butches, in which case, please send them to me and then don’t expect to hear from me for awhile).

Alternatively, maybe you’re interested in taking this off the screen and onto paper. In that case, I recommend you go get yourself a copy of Cooking With Honey: What Literary Lesbians Eat, then take a picture of yourself reading it and send it to Butches and Books (which was inspired by your comments!) 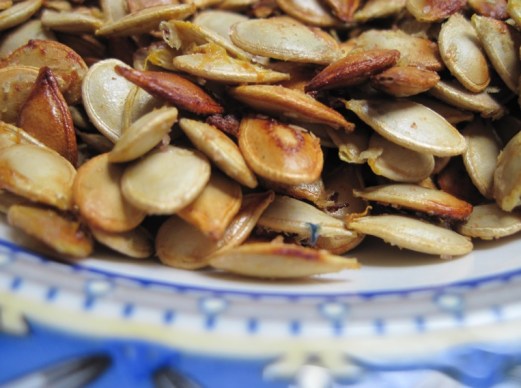 i could probably eat these forever and be fine

Queer Vegan Food is based on the premise that vegan food is queer and (often) vice versa. Unlike other vegan blogs, this one doesn’t try to imitate non-vegan food — like, for example, meat. Instead, Queer Vegan Food does its own thing, with recipes such as Raw Vegan Superfood Hot Chocolate and Raw Vegan Cabbage-Sea Veggie Sandwich. And if Raw Cacao Kelp Noodles isn’t a queer food, I don’t know what is.

A Butch In The Kitchen 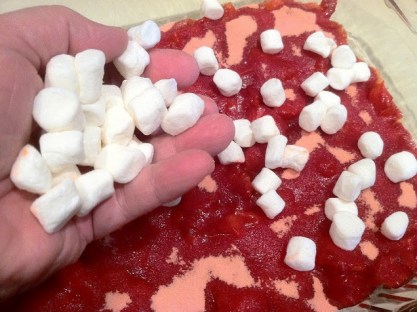 This is a cooking blog run by a self-described novice that promises to feature inexpensive and uncomplicated recipes. I’m excited about anyone who writes about butch/femme feet dynamics in a post about banana bread, but really, she had me at Nutella Filled Sugar Cookies. 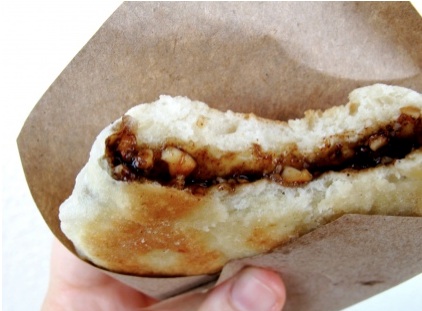 This is a blog written by a human who appreciates adventures both abroad and in her mouth. Her recipes are inspired by her travels, which makes for some pretty interesting reading. If you’ve always wanted to learn an “easy” way to make Korean Broiled Bulgogi Chicken, or if you’ve been dying to can your own pickled beans, or even if you feel that two is better than one when it comes to Vietnamese avocado smoothies, this one’s for you. 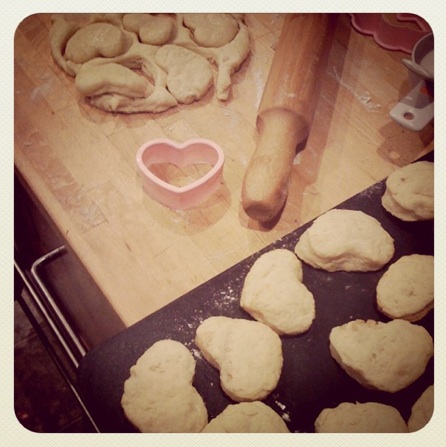 One cookie heart for every way I love this blog

The writers of this blog solemnly swear that they are up to no good, but looking through their work I really have no idea what they are referring to because Vegan Mischief is literally all the good. That Gluten-Free Green Onion and Spinach Pancakes topped with fenugreek butter and Arugula Salad with Hazelnut Vinaigrette looks like it is to die for, except there is no dying allowed because then I wouldn’t get to taste Blue Corn Pear Muffins or Apple Fritters with Whiskey Maple Glaze. Confession: I just drooled a little. 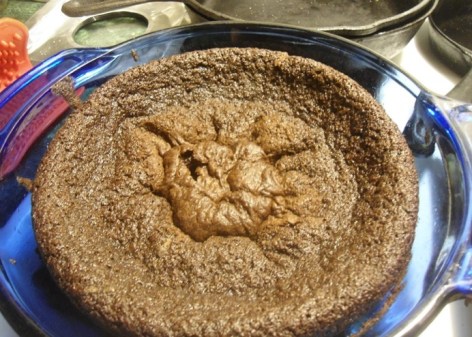 La Queer Cocina is amazing because it is “a space where POCs & queers cooking on a budget can share & access recipes which remind them of home.” I love the idea of carving out new queer home-like spaces, and I especially love it if that space also has recipes for everything from gluten free vegan brownies to mussels with white wine herbed butter sauce and all the things in between. The blogger who runs the site is a self-described “kitchen top” but also accepts submissions, which makes it a space that the readers can help to create. 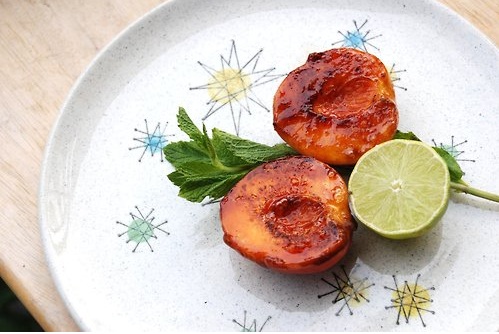 see above re: theory on food that resembles vaginas

YOU GUYS this is Kristen’s cooking blog; she is multi-talented and I love her. Kristen doesn’t always give us the recipes, but the photos are juicy enough that I’m satisfied to just look at the food she makes until we can be friends in real life and I can make her teach me. Also my favorite thing about this blog is when Kristen takes a picture of some gorgeous creation and says that she made it with “whatever else was in my fridge” as though it’s no big deal, or when she puts up a photo of Brussels sprouts and yam hash, sliced tomatoes and a sunny side up egg and calls it “Typical Brunch.”

Tell me all about your favorite queer cooking blogs!