Here are five (technically seven) robots that are really, really awesome. Some of them will probably kill us in the not-too-distant future, but at least they’re neat to look at in the meantime. In case you aren’t schooled in the history of robot awesomeness, the first robot was a “mechanical pigeon, possibly powered by steam, capable of flying” crafted by one badass mathematician in 400BC.

Robots have grown a bit more sophisticated since then, but their level of awesomeness has remained consistent, at 100%. I think we can all agree Rosie the robot was kind of a babe, but these robots run the gamut from oh-my-god-what-the-fuck-terrifying to mesmerizingly beautiful. Still, we should probably build some kind of heavily fortified bomb-shelter, you know, to cover our bases.

BigDog is a quadruped robot developed by Boston Dynamics as a mechanical pack mule for terrain too rough for wheeled vehicles. It can climb 35 degree inclines, carry almost 350 pounds and has a top speed of 4 miles per hour. BigDog won’t lose its balance in snow or on ice, and doesn’t even fall when kicked. It has a smaller cousin, called LittleDog. It’s extremely terrifying, but kind of amazing. Doesn’t it look like two people wearing a horse costume? Except the costume doesn’t have a head and it moves on its own in a manner eerily similar to human legs wearing skinny jeans.

Another robot with biology-based movement, Carnegie Mellon’s Modsnake is able to mimic all the slithery movements of real snakes. Actually, it’s kind of a super-snake because it can even move in ways real snakes can’t. It can climb pipes from the inside or the outside, swim, maneuver 90° corners and handle just about any terrain. It can also climb up the inside of walls. No big deal or anything– just the human race coming to an abrupt end.

AirJelly and AquaJelly are both produced by a robotics company called Festo that specializes in cutting-edge biological movement in robots. The AirJellies stay aloft courtesy of a helium balloon and both Air and AquaJelly flavors move by shifting a weighted pendulum.

Robots probably don’t get much cuter than this, but that’s mainly because there isn’t an otter robot (yet). Also made by Festo, the AirPenguin is a penquin that can actually fly, and it’s a pretty surreal sight. AquaPenguins have glowing eyes, which makes them a little creepy, but they bear a pretty remarkable resemblance to real penguins. The Air and AquaPenguins can autonomously explore their surroundings and groups of penguins can transfer large data files to each other, like torrents or kinds of stuff penguins like to download in the wild. When they’re low on power, they return to a charging station to refuel, just like real penguins.

Well, iPhone 4 pre-orders opened up for like 5 minutes before the absolutely obscene level of demand made everything explode. So, yeah, i you want one and you want it ASAP, you’ll have to wait until the supply steps it up to meet the steep demand. Assuming skilled Apple assassins haven’t slain the entire AT&T workforce for the snafu, the phone will go on sale in stores starting June 24th.

Oh hey, E3, the absolute motherlode of gaming news, is in full, ADHD-inducing swing as of June 15. E3 is hemorrhaging huge announcements from the biggest names in gaming consoles and development (ahem, Microsoft, Nintendo and Sony) at an unbelievable rate.

So much gaming news just dropped in the past two days that we’re buried under an avalanche of seething envy and mind-blowing new shit, so we’ll approach with caution, catching you up on the top news once we make some sense of it all! So far, check out Microsoft’s Kinect (and pet virtual TIGERS!) the newest Zelda game, Skyward Sword and the so, so welcomed rebirth of the Donkey Kong franchise. 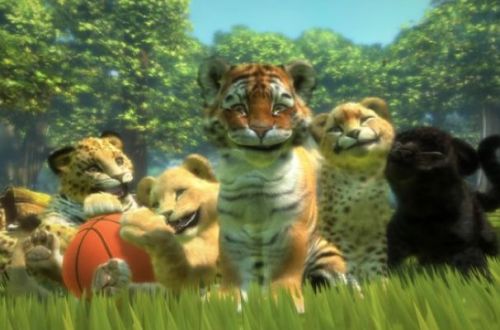