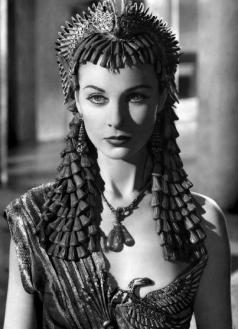 HELLO BISEXUALS AND FRIENDS. Have you been keeping up with assertions about us on the internet? Well, luckily we have. First of all, you may have already come across the news that Vivien Leigh, actress who played Scarlett O’Hara in the classic Gone With The Wind, was apparently bisexual. Oh wait, did I say bisexual? Because obvs what I meant was “a hot mess off-screen — a slutty bisexual who battled mental illness for most of her adult life,” and “didn’t give a damn who she slept with.” Sorry, I get those confused all the time.  According to a new biography, when Leigh wasn’t lounging around in velvet gowns with tiny waists, she was having sex with both men and women, including actress Isabel Jeans and “at least two” other women who remain nameless. Presumably the biography expands on the mental illness element, but the article doesn’t, leaving us to wonder whether bisexuality itself is supposed to be the “illness” in question. Also, it would appear that Leigh’s husband’s former wife was a lesbian, which is weird and I don’t even really know how to fit that in. In conclusion, we get that it’s been a slow news week – we’ve been hurting too on that front – but I would argue that titling this article “Vivien ‘Lay,’ Scarlet Woman” was kind of unnecessary.

This internet development was merely annoying until we also stumbled across NYMag’s most recent Sex Diary – this one titled “The Bisexual Production Assistant Sleeping With Everyone Except Her Boyfriend, Who’s A Virgin.” The Sex Diaries chronicle a week in the life of an anonymous New Yorker, and as we’ve mentioned before, they’re usually better than most mainstream media outlets at reflecting the fact that gay/lesbian/queer/trans people also have sex sometimes. At least usually they are?

The thing is that while the anonymous production assistant is definitely bisexual, she doesn’t actually have sex in the entire week she records, not even according to our wide-ranging and generous lesbian definition of what might be considered sex. And, oh, right, she doesn’t have a boyfriend. She makes this point very clearly when she refers to the man she’s been seeing as “Non-Boyfriend” throughout the entire piece.

For SEO and layout purposes, it’s best to keep article titles short, like under 12 words, and so it’s entirely possible that that’s the only thing fueling NYMag’s slight misrepresentations here.After reading about Vivien “Bisexual Slutface McGee” Leigh, however, I was maybe a little sensitive on this issue, and couldn’t help but wonder: was this editing for brevity, or was this about the stereotype of the bisexual as the girl who always does “sleep with everyone,” or as the girl who’s always dating a man and thus calls the authenticity of her queerness into question?

The most hardcore parts of Bisexual Production Assistant’s week are “one instance of phone sex” and another of “heavy petting,” and many commenters on the piece are full of righteous indignation about the lack of follow-through within the article. In fact, most of them are pretty dismissive of BPA’s sex life in general; to me, though, for someone who says she’s not in a sexual relationship, “five acts of masturbation, one act of phone sex, one act of heavy petting, one make-out-and-leave with ex-girlfriend, multiple instances of office flirtation” really doesn’t sound so bad. Do we have higher expectations for bisexuals’ sex life because we expect them to be sex-starved maniacs? Or do I just not get laid that often and I’m way off? I guess that’s up for you to decide judgmentally in the comments.

And while most commenters were more into putting down Jersey than putting down bisexuality (I guess there’s a reason it’s not NJMag) there were still several who thought the insight that “she decided she was “bisexual” at Mt. Holyoke, and “she’ll be straight again in six months” was both original and funny. To which I can only answer – really? In this article she mentions two male sex/romantic partners, one past sexual relationship with a woman, and one partner of indeterminate gender. Also, she’s 23, which makes it likely she’s been out of school for at least two years. Commenters on New York Magazine articles: what does it take, beyond HAVING SEX WITH BOTH MEN AND WOMEN, for you to buy this person’s bisexuality?  Starring in a major motion picture in the 1940s and then engaging in a string of hush-hush affairs with other international starlets? Because trust me, I’m sure a lot of us would like that too, but sometimes being an underpaid production assistant who has to get up at 5:30 am to commute into the city is the best we can do. For that we apologize.

It’s possible that we’re reading too much into this; the art of taking offense needlessly on the internet is not hard to master, and these are arguably not the most objective or representative samplings of public opinion on bisexuality. Maybe we’re a little softhearted towards Vivien Leigh because she’s pretty and Bisexual Production Assistant because she kind of reminds us of someone we possibly hooked up with a few times. But also, man, you guys! What is your deal! What did we ever do to you?