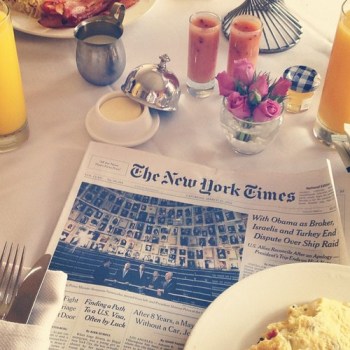 HELLO and welcome to the 35th installment of Things I Read That I Love, wherein I share with you some of the longer-form journalism/essays I’ve read recently so that you can read them too and we can all know more about Scientology! This “column” is less feminist/queer focused than the rest of the site because when something is feminist/queer focused, I put it on the rest of the site. Here is where the other things are.

Escape (May 2013), by Natasha Gardner for 5280 -The author follows one particular woman as she and her family attempt to flee an abusive situation (and do), using it as a jumping off point to discuss the difficulties surrounding domestic abuse survivors in Denver in general.

First Do No Harm (April 2013), by Ann Silversides for maisonneuve – “Are doctors and drug companies to blame for the opioid-abuse crisis? After two shocking deaths in small-town Ontario, Ann Silversides reports from one of the largest coroner’s inquests in Canadian history.”

Dialin’ For Dollars (April 2013), by Ryan Patrick Bias for narrative.ly – A young gay guy moves to New York City and takes on a series of unpleasant jobs while trying to learn how to be a person in the world. Includes a description of the hiring process for amNew York, which will be of interest to anybody who’s ever ridden a subway in New York City in the morning.

Love & Madness in the Jungle (May 2013), by Ned Zeman for Outside – I actually expected this to be much more interesting than it was, because I have lots of feelings/relations to stories about couples who feed off each other’s mental illnesses to the point of self-destruction, but I was still drawn into the story even though it wasn’t the excavation I’d been hoping for.

A Club For The Un-Clubbable (April 2013), by Chris Chafin for narrative.ly – “In the Montauk Club, smack in the heart of bourgeois Brooklyn, a cadre of self-styled anti-elitists find a crumbling mansion and discover a link to New York’s glorious past.” (when i’m older i want to invent something like this for lesbians but better)

The Ride of a Lifetime (March 2011), by Sheila Weiner for Vanity Fair – It’s so fascinating to read about the degree to which a movie can become a truly collaborative story — they started with a script written by one woman, sure, but it seems like the actors brought a shit-ton of stuff to the table, too, and so all of it is a bit of all of them. Even little Brad Pitt.

Like a Lead  Balloon (April 2013), by Michael Erard for The Morning News – On how hard it is to think of a new original band name these days.

When Our Kids Run America (May 2013), by Gene Demby for NPR Code Switch. Demby, the politics editor of Huffington Post Black Voices, talks about “America’s seismic demographic shift” w/r/t race and ethnicity, which is “upending life in our suburbs, cities and our popular culture,” and asks “why are we still clinging to the same stories to make sense of these changes?” – “The Afropunk skater in Philly, the Korean b-boy graffiti artist in Los Angeles, the bluegrass-loving Latino hipster in Austin — they’re all inheriting an America in which they’ll have access to even more hyphens in their self-definitions. That’s undoubtedly a good thing. But it’s important that those stories be complete as well. If you’re in Maricopa County, Ariz., and brown, the sheriff’s deputies won’t care whether you’re bumping Little Dragon in your ride when they pull you over. The way each of us experiences culture each day may be increasingly unmoored from genre, from geography, and yes, even from race, but America will not be easily untethered from the anchor of its history. We may be more equal, but mostly in our iPods.”

I also read two articles this week about one of my top ten favorite topics, SCIENTOLOGY.

Scientology: The Story (May 2013), by Diane Johnson for The New York Review of Books – Excellent overview of the issues and investigation into the revelations made by two new books: Going Clear: Scientology, Hollywood, and the Prison of Belief by Lawrence Wright and Beyond Belief: My Secret Life Inside Scientology and my Harrowing Escape, by Jenna Miscavige Hill. It’s a great article.

Is Scientology Self-Destructing? (January 2013), by Alex Klein for Buzzfeed –  About this high-level scam where the main church office is basically robbing their followers blind raising more  money than they need to buy buildings that are never used. “Scientology leader David Miscavige has been trumpeting his church’s “milestone year,” but the mysterious religion is alienating scores of its most faithful followers with what they call a real estate scam. With anger mounting and defectors fleeing, this may be more than a fleeting crisis; it may be a symptom of an institution in decline.”