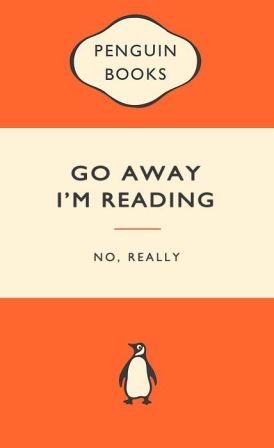 HELLO and welcome to the 24th installment of Things I Read That I Love, wherein I share with you some of the longer-form journalism/essays I’ve read recently so that you can read them too and we can all know more about tornadoes and the psychology of fraud!

I feel like I was really into “figuring out America” this week, or something.

Psychology Of Fraud: Why Good People Do Bad Things (May 2012) by Chana Joffe-Walt and Alix Spiegel for NPR – “In general, when we think about bad behavior, we think about it being tied to character: Bad people do bad things. But that model, researchers say, is profoundly inadequate.”

Writing in the Dark (May 2012), by Kathryn Shulz for New York Magazine – On writing and living better when everybody else is asleep.

Pocketful of Dough – Tips on Tipping (October 2000) by Bruce Feiler for Gourmet – This is funny because it was written in 2000, when everyone was feeling really flush and nobody talked about ‘class warfare,’ and I think if somebody wrote this article in 2012, I would want to hit them over the head with a really expensive bottle of Cabarnet. It’s like a relic from a time when we weren’t all so mad at everybody else’s money all the time. That being said, Gourmet isn’t exactly the bastion of middle-class ethos, then or now.

The Call of the Future (April 2012) by Tom Vanderbilt for The Wilson Quarterly – So it turns out that it’s not just me, nobody is talking on the phone anymore! NO BUT REALLY THIS IS FASCINATING. Nerds will like this article.

Sex Trafficking of Americans: The Girls Next Door (May 2011) – by Amy Fine Collins for Vanity Fair – Trigger warning — this article describes horrifying and unspeakable sexual violence against young women. Like the worst. Jesus fucking christ.

Vice Bust: Kicking the Jackass of the Magazine World (November 2002) , by Joy Press for San Francisco Weekly – “When it comes to actual content, Vice turns to the old standbys: Sex (only if it’s freaky, mean, or icky) and Drugs (lots of Polaroids of kids tweaking and tripping, catatonic or puking) and Rock’n’Roll (actually more like a scattershot mixture of hip-hop, techno, and that fast-fading fave of the style press, electroclash). Feed in some gonzo Tom Green-style self-abasement, and you have a perfect composite of all that’s sensationalistic and vacantly au courant.”

Why Americans Won’t Do Dirty Jobs (November 2011) by Elizabeth Dwoskin for BusinessWeek – “At a moment when the country is relentless focused on unemployment, there are still jobs that often go unfilled. These are difficult, dirty, exhausting jobs that, for previous generations, were the first rickety step on the ladder to prosperity. They still are—just not for Americans.”

Joplin! (September 2011), by Luke Dittrich for Esquire – Another one of the dudes to win a National Magazine Award this year, it’s a gripping account of about 24 strangers who sought refuge in a local gas station’s beer cooler when a three-quarter-mile-wide tornado tore through Joplin, Missouri and killed 160 people.

Mitt Romney, American Parisite (April 2012), by Pete Kotz for The Village Voice – “His years at Bain represent everything you hate about capitalism.”