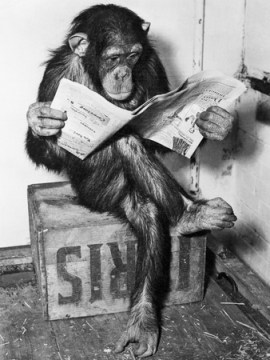 HELLO and welcome to the 101th installment of Things I Read That I Love, wherein I share with you some of the longer-form journalism/essays I’ve read recently so that you can read them too and we can all know more about Maury Povich! This “column” is less feminist/queer focused than the rest of the site because when something is feminist/queer focused, I put it on the rest of the site. Here is where the other things are.

Thanksgiving in Mongolia (November 2013), by Ariel Levy for The New Yorker – The author, a lesbian writer many of you probably are familiar with, doesn’t want a baby, and then she does want a baby, so she gets pregnant at 38, and then she goes to Mongolia on a work trip and has a miscarriage and it’s awful.

What’s More Fun Than an Old Fashioned Tonya Harding Story? (July 1994), by Randall Sullivan for Rolling Stone – The answer is “nothing.” I could read about Tonya Harding all day, especially because I was obsessed with figure skating at the time.

Boy Next Door (December 2013), by Stacey May Fowles for The Walrus – The author grew up in Scarborough, as in the Scarborough Rapist, where they learned about rape before they learned about sex and girls were being told, constantly, how to avoid getting raped by this unidentified man that they took so many years to finally catch and arrest. How this impacted the author and her own relationship to sex and sexual assault, and how it impacted the community, and how the authorities failed everybody.

An American Family (1998), by Daniel Voll for Esquire – “Daniel Voll profiles Patty Muth and Allen Muth, the first brother and sister sent to prison for incest in the United States.”  They met for the first time when they were 17, and fell in love, and had like five kids.

How Selling Out Saved Indie Rock (November 2013), by Jessica Hopper for Buzzfeed – I’ve always hated the term “selling out” because its like, yeah, artists need to sell something in order to keep going, right? It’s also really scary though that like, Tegan & Sara’s only method of survival is landing commercial contracts (T&S are a big focus of this piece), because it reminds me of how increasingly, all artists and writers and musicians will come to rely less and less on their fans and more and more on the only entities in this world that still have money to burn — giant corporations who sell terrible things to consumers.

How Fast Food Companies Steal Workers’ Pay (June 2013), by Seth Freed Wessler for Colorlines – In addition to needing to be paid more than minimum wage, fast food workers need to be paid for what they put in in overtime — and they aren’t. Their hours are edited by managers before sent to payroll.

*Too Much Of Too Little (November 2013), by Eli Saslow for The Washington Post – (This is well-done visually, too.) “Hidalgo County, Tex., on the border with Mexico, has among the highest obesity rates and the highest poverty rates in the United States. Residents can afford only the cheapest foods, and now those foods are wreaking havoc on their health.”

From Here To Paternity (November 2013), by Bryan Curtis for Grantland – This guy hangs out with Maury Povich and watches him film his weird show and talks about daytime talk shows in the ’90s which were SUCH A THING and my Mom would not let us watch any of them. We watched them anyway when she wasn’t home, though.