Is there a rising filmmaker we should keep an eye on?

NIKKI: Well, there’s a director that I represent. His name is Albert Kodagolian. I’ve repped him for ten years and we are working with William Morris Endeavor right now to find him the right script for his feature debut and I think he is definitely one to watch.

Are there any upcoming films that you know of that have been shot and have a lot of buzz around them? Or a script that’s in development that you are really excited about?

NIKKI:  Steve Carell’s next film (Dogs of Babel) is going to be amazing and that’s one of the scripts that I tried to get for Albert. It could be Steve Carell’s Oscar nomination. I think he’s going to get a lot of attention for this film. It’s really powerful, in a “Dan In Real Life” kind of way. There’s an endearing quality to it. I think this will be a nice vehicle for him.  I don’t really rep many ‘up and coming’ directors. The directors I have on my roster are all established A-level filmmakers. I represent people from Paul Haggis to Martin Campbell, Barry Levinson, Antoine Fuqua and David O. Russell.

What has been the biggest risk you’ve taken in your career?

NIKKI: Probably opening up my company’s doors at age 21. [laughs] I had been working for a man out of New York and then I was like, “You know what? I know I can do this. I know I can do this for myself.” And I just went for it. I think that was the biggest risk I’ve ever taken. But I guess I had nothing to lose either because I was so young and naive. Knock on wood, I’ve been so lucky in my career. I really love what I do. I have great clients. I’m still passionate about the film making process. I’ve been so fortunate. I wouldn’t change anything.

The state of Oprah Winfrey’s network (OWN) has been very well played out in the press. What would you say has been her biggest mistake with the network?

NIKKI: This is interesting. I can tell you truly, in my opinion, her biggest mistake was that she put people in charge at the Oprah Winfrey Network that she worked with for many years, most of whom have no experience running a network. She should have taken somebody that has a seasoned track record from any network to start hers and instead she put people in power over who were executive producers of The Oprah Winfrey Show and that’s just not the way to go. I will say that network is stuck in a vacuum. They really need to open up their world to other ideas for shows. You can’t just have the Oprah Winfrey Showtype show as all of your programming on the network. It’s not going to survive. Everything is very Oprah-fied and you really need diverse programming, even if you have a message for your channel.

So, finally, I know you guys are Madonna superfans… favorite Madonna song or album?

NIKKI : Well, I’ve been singing “Lucky Star” to my lovely wife’s tummy every morning. Okay, little known fact: Jill and I drove from San Francisco to Los Angeles when Jill was moving here and we listened to Madonna non-stop for seven hours and did not repeat one song. That’s how crazy we are as fans —  we have ALL of Madonna’s music.

JILL: I like the Ray of Light album.  I’m a big fan of the song “Power of Goodbye.”

NIKKI: I love the duet she did with Justin Timberlake [“4 Minutes”]. I love every Madonna song. I love all of them and, in fact, Jill was at the Golden Globes this year and was two inches from Madonna and practically fell over.

JILL: Can we talk about that?

JILL: Oh my god. I mean you live in Los Angeles, you work in this business, you do see famous people and you kind of get desensitized to it. I… my knees were giving out when I saw her. She was about three feet away from me and I lost my sense of self. I couldn’t… it was so overwhelming [laughs]. She’s beautiful. She’s tiny. Yeah. It was pretty powerful to see her in person after loving her for 25 years.

And Flip Friday will finally be returning this week?

NIKKI: Yes! We’ve be on hiatus since we’ve gotten pregnant so it’s the first one back. And it’s exciting because it’s us finding out that we are pregnant.

JILL: Yeah, we took a long break from doing that. Work definitely got a little crazy and we did a bit of traveling with family but I would say, primarily, my first trimester was rough and I was not feeling well for weeks on end. So, I mean, there was nothing to film… if you wanted to watch me lying in the fetal position on the couch that would have been Flip Friday. And then, of course, I started showing a little bit and we’re like “we can’t film anything.” (laughs) But it’s back and it will be our “baby diaries.” 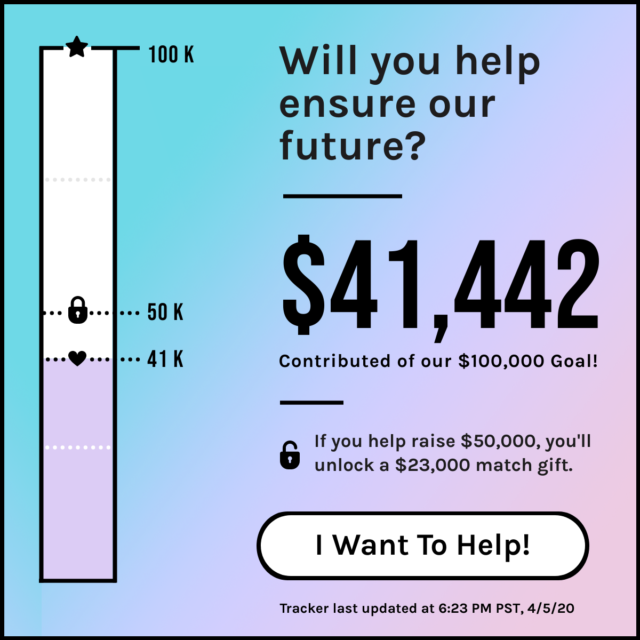