Though we deal with it literally every single day, it never feels good to remember that large groups of humans on this planet hate us simply because we’re queer. Like, that fucking sucks. But it’s true. One of the ways I like to combat this hatred is by being extremely visible, because I think visibility does a lot to make others recognize queerness as an okay thing, and it does a lot for fellow queers who might feel less safe and secure in their identities. The thing is, sometimes being visible is an invitation for awful people to remind you how much they hate you. Sometimes when you’re visible – whether it’s because someone presumes your haircut dictates your sexuality or you’ve decided to kiss your girlfriend spontaneously on the subway or you’re shouting “WE’RE HERE WE’RE QUEER GET USED TO IT” – people harass you. That harassment can come in the form of a snide comment or a lewd remark, or it can come in the form of a beating or a brutal murder. Though some places are definitely safer for queers than others, the truth is, homophobia exists everywhere. And it can be terrifying.

So what can one do about these depressing displays of hate and ignorance? Well, if you’re artist Paul Harfleet, you create The Pansy Project and you give life to a situation that can otherwise make you feel dead inside. I mean this fairly literally: In 2006, Harfleet was harassed three times in one day, so he decided to plant pansies at the location where the incidents occurred, photograph them, put them online and title them with the specific words his harassers used. He took the negativity and the place where it occurred and he combated it with a symbol of growth. It’s such a small, beautiful way to reclaim the location where an upsetting or scary incident took place, and as a photographer and a queer human being who happens to love pansies, I really liked the project the moment I heard about it.

Harfleet began documenting his own personal experiences in Manchester, UK but has since traveled to other countries and participated in festivals, and  has also invited other members of the LGBTQ community to plant their own pansies with him as a way of coping with past incidents of harassment. His website states that the “simple act operates as a gesture of quiet resistance.” Harfleet wrote about the genesis of the project for Glow-Lab in 2006:

Over the years I have become accustomed to this kind of behaviour, but I came to realise it was a shocking concept to most of my friends and colleagues. It was in this context that I began to ponder the nature of these verbal attacks and their influence on my life. I realised that I felt differently about these experiences depending on my mental state so I decided to explore the way I was made to feel at the location where these incidents occur…

…I felt that planting a small unmarked living plant at the site would correspond with the nature of the abuse: A plant continues to grow as I do through my experience. Placing a live plant felt like a positive action, it was a comment on the abuse; a potential ‘remedy’.

The species of plant was of course vitally important and the pansy instantly seemed perfect. Not only does the word refer to an effeminate or gay man: The name of the flower originates from the French verb; pensar (to think), as the bowing head of the flower was seen to visually echo a person in deep thought. The subtlety and elegiac quality of the flower was ideal for my requirements. The action of planting reinforced these qualities, as kneeling in the street and digging in the often neglected hedgerows felt like a sorrowful act. The bowing heads of the flowers became mournful symbols of indignant acceptance.

Here’s a small sampling of my favorite plantings, though it’s worth it to hop over to The Pansy Project and look at all the images — they’re beautiful and haunting and thought-provoking and sad and inspiring, all at the same time. I hope Harfleet keeps this up, and that we can perhaps all take part and find some comfort in this “gesture of quiet resistance.” 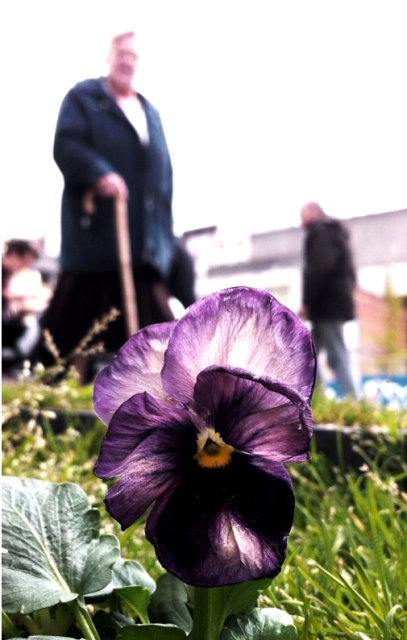 “can you feel me now, lad?” with beating, progress place, liverpool via the pansy project 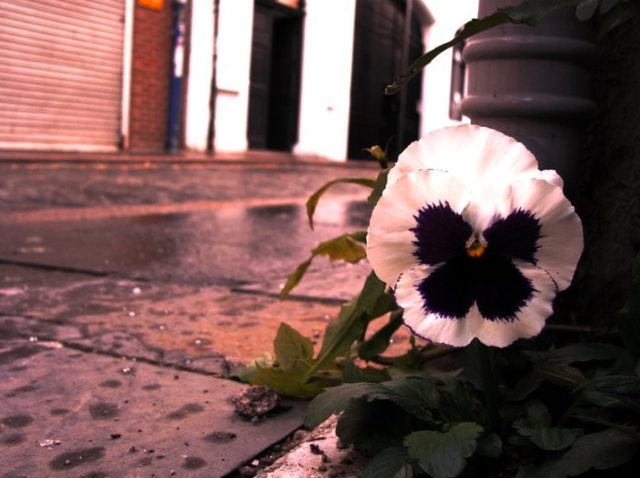 “queer!” Hill Street, Belfast, for vincent via the pansy project 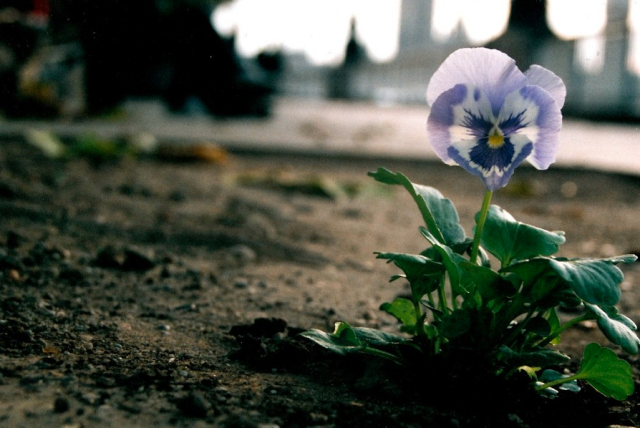 for david morley southbank london via the pansy project 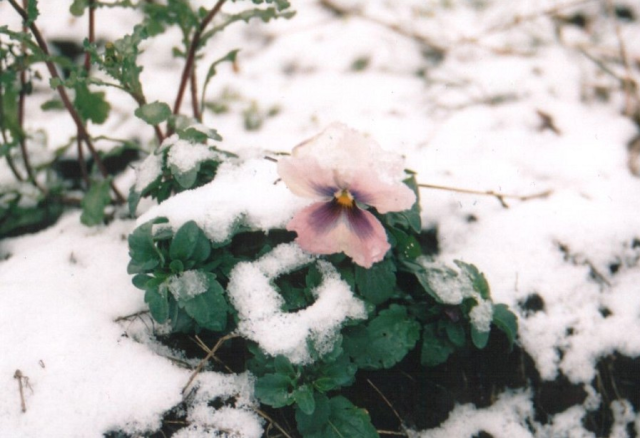 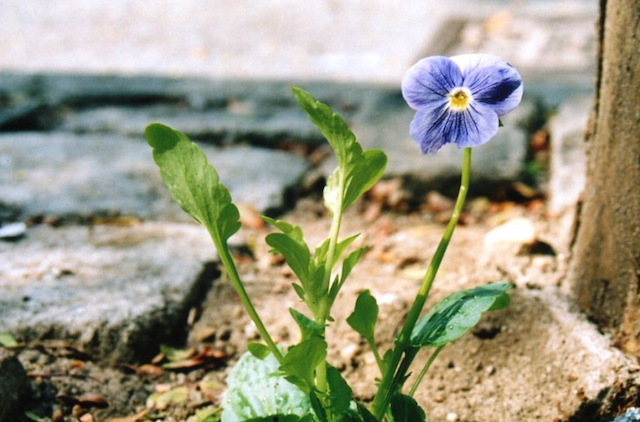