This weekend, announcements came about that Brian Ellison, a pastor in Kansas, and Colonel Timothy Wagoner, a military chaplain, were leaving behind their positions at religious institutions that bound them to silence about homosexuality and, in many ways, an inability to support queer people at all.

Brian Ellison announced to his parish that he was gay in June, sending letters to the congregation to announce that he would be leaving them to begin at the Covenant Network of Presbyterians, a group devoted to LGBT inclusion in the denomination, as Executive Director. He sent letters in an effort to be transparent and honest. He sent letters to announce he was in a relationship with a man he loved, and had been for nine years. And he said goodbye because despite having spent 13 years with his parish, and despite having been there straight out of seminary, he could no longer go without talking about his own life and his own happiness. His last day was July 15, and he begins at the Convenant Network on August 1. 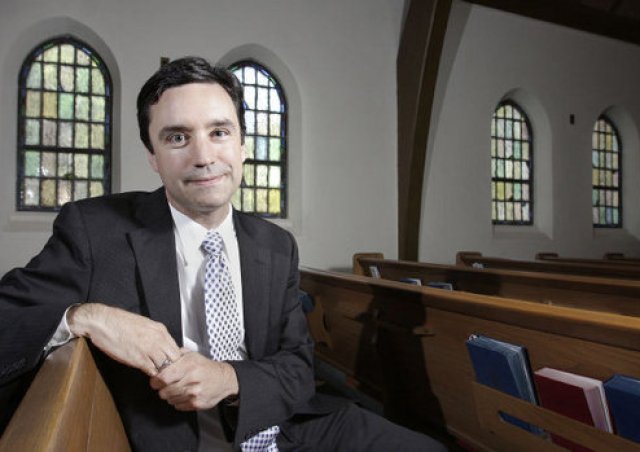 Ellison called the letter “the end of a long period of discernment.” He added, “by the time I got to this, I was so clearly doing the right thing, there wasn’t any question left in my mind.” He began at Parkville, his parish, in 1999. In 2003, he began dating Troy Lillebo, who moved to Kansas City one year later. They began living together in 2005.

“I worried a lot about being caught,” Ellison said, noting that what he feared for most was hurting the church. “Once I accepted that this is actually who I am,” Ellison said, “then I had to move on to making that choice of what that would mean for my continuing self.”

For Wagoner, however, the political was slightly less personal. A military chaplain and member of the Southern Baptist Convention, Wagoner was caught in between the repeal of Don’t Ask Don’t Tell and his church’s beliefs regarding same-sex marriage. Although Wagoner refused to officiate same-sex ceremonies because of the regulations of the SBC, he attended a New Jersey ceremony on his base bringing Sargeant Erwynn Umali and his partner Will Behrens together in holy gay matrimony following DADT’s repeal. “I wouldn’t miss it,” he said. He described the ceremony as “beautiful.” But his conservative denomination didn’t agree, and questioned his decision to attend. A week after the AP ran  a story about Wagoner’s attendance at the ceremony, the Southern Baptist Church’s official news service “ran an article conveying the message that South Baptist military chaplains do not support same-sex civil unions or marriages.”

“My intention,” Wagoner told the SBC, “was never to embarrass or misrepresent the Southern Baptists, whom I have faithfully served for 30 years as a pastor and military chaplain.” His intention was merely to support the men on his base. But on July 20, Wagoner would officially announce his departure from the convention. He is now a member of the Cooperative Baptist Convention, which is more moderate on LGBT issues. Professor David Key, director of Baptist Studies at Emory University, thinks his resignation will be the first of many. 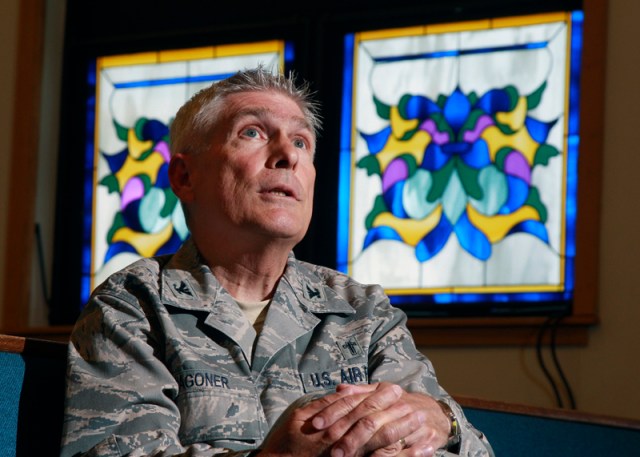 For Ellison, his decision to begin on a new path toward a different solution for his church came with good responses from his parish. This kind of ending suits a man who doesn’t necessarily identify as an advocate but has already made waves about where LGBT people stand in his church. “I think the church doesn’t have to see the inclusion of LGBT people as a radical alternative idea,” Ellison said. “I see it as the church doing what its always done, which is proclaiming the good news of Jesus Christ and God’s love for everybody.”

Alternatively, Wagoner’s departure from the SBC was less amicable, who questioned his decision to attend the marriage and frustrated him so deeply. On Friday, he emailed the Associated Press, saying, “I find very little that is more important and nothing that is more exhilarating than providing for the religious freedoms and spiritual care of all service members and their families — and will joyfully continue to do so.”

For both men, the decision to leave was difficult and not all their own. Ellison and Wagoner had options: conform and stay silent, speak out from within the system, or apologize for their own lives and beliefs. But those choices do not do enough. Ellison and Wagoner’s departures show their own communities, and their churches, that homophobia cannot be ingrained into our religious patterns anymore. That anti-gay churches are being proven wrong even by those who most deeply believe in them, even by those who lead them. The Presbyterian and Southern Baptist churches have lost two great men, but the fault is their own. Isolation and alienation and hate drive away valuable contributors and important voices, and sometimes even the ones we love.