After its regressive ruling last December, when it recriminalized homosexuality, the Indian Supreme Court recognized the rights of transgender persons on 15 April 2014. The ruling, which recognizes the legal rights of the Indian transgender community, is currently making its larger queer community hopeful. The recognition of the “third gender” on one hand, and the recriminalization of homosexuality on the other, makes queer rights in India a complex paradox, where alternative gender is recognized but alternative sexualities are not. 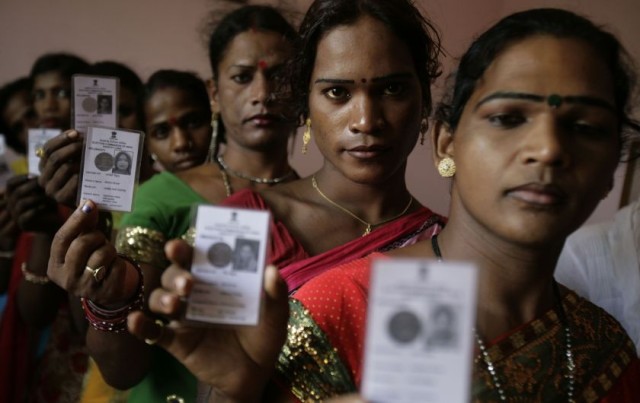 The Indian Supreme Court however has agreed to hear a curative petition in open court to revisit the IPC 377– the colonial era British law that forms the basis of the recriminalization of homosexuality. Following the December 2013 ruling, which was challenged by the Indian government but overruled by the court in late January this year, a curative petition is now the only option left to the Indian queer community to win back its rights. As the matter now stands, it is not the “right to marry” or immigration reform for binational queer couples that Indian queers are currently grappling with, but merely the right not to face police harassment with up to 10 years in prison.

With the 15 April ruling, India will join Germany and some other very select group of countries in the world that allow individuals to tick “other” in the gender box. That the ruling covers pre-operative, post-operative and non-operative state means that it touches the lives of a large proportion of alternative gender identities in India. Yet, as this Guardian piece notes, the third gender ruling, albeit positive for transgender rights, is probably not progressive on queer issues overall because of the complicated history of hijras in the Indian society and their place in Hinduism.

A closer look at the Indian Supreme Court ruling demonstrates that it has probably more to do with the economic and social injustices meted out to trans-identified people over centuries – many of them forced out of schools and compelled to beg and/or engage in sex work for a living – than with a legal recognition of their gender per se. Among the steps for redressal that the Court enlisted are the issue of voter’s ID card, passport, and reservation of seats for transgender people in education and employment. It is the issue of affirmative action that generates concern here. India, being a diverse country, already has reservations in education and employment in the public sector for backward castes, scheduled castes and tribes, and in some cases, for individuals with physical disabilities. When transgender persons are offered reservations, to my understanding, it tends to equate them with “another oppressed caste” instead of offering them due recognition of their genders. 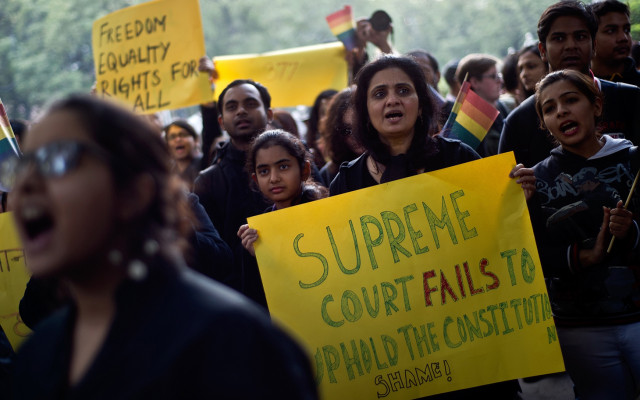 The economic and social oppression of transgender people in India is indisputably real, as is their taste of victory in the court ruling. India now has its first transgender candidate at the ongoing parliamentary elections, which is not of little significance. And yet, the reason for the legal recognition of the transgender people in India is not really about their selves or gender, but the violation of their human rights because of their gender. By tying legal recognition to reservations, it neither stimulates debate on queerness in India, nor does it question the practice of “quick fixes” like affirmative action to solve centuries-old systematic repression. Frustrating as it may be, this is probably the least harmful way in which a conservative postcolony can act.