The Indian Supreme Court on December 11 handed down a spoiler to the queer citizens of the largest democracy in the world, by telling them upfront that they are too “minuscule” for their “so called rights” to be protected. By doing so, the highest court in India struck down the ruling of the Delhi High Court that had decriminalized homosexual acts in July 2009. The media supportive of the Indian LGBTIQ community had dubbed the 2009 ruling India’s “Stonewall”, igniting hopes that things would keep rolling after that — marriage equality, adoption rights, end of discrimination at workplace, and gradual societal acceptance. All of us in India and abroad had waited with bated breath and happy anticipation on December 11 for the highest national court to reaffirm our basic rights. Outrage does not quite qualify the range of emotions that surfaced in our hearts when the Supreme Court mocked the community as a minority that does not deserve its rights to be protected. 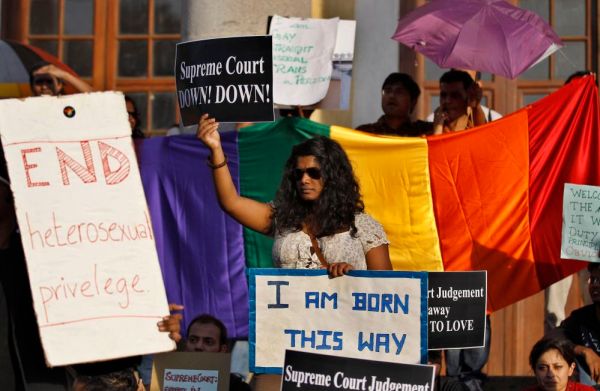 The Indian Parliament is now responsible for resolving the matter. Members of the ruling party have promised action but how much can be expected in an election year, and from a government that took no action on the matter since 2009? The favorite sport of democracies, as we know well, is passing the buck. After the Delhi High Court ruling in 2009, the government had let the Supreme Court decide on it, which now has passed the buck back to the government. At the heart of the matter is a British 1860 legislation that India has clung on to as part of its postcolonial hangover. The law codified in the Indian Penal Code 377 criminalizes any sexual or carnal intercourse against the law of nature. It thus attacks even heterosexual couples enjoying a good old fellatio(!). The law however, has been historically used by the police to harass and arrest homosexuals, notably men.

Numerous young people felt safe after July 2009 and came out to their friends and families. My cousin, Nee, came to better terms with herself after the ruling. My girlfriend at the time and I went to the country’s first support rally in Calcutta, after the 2009 ruling. Life seemed to have taken a positive turn for us. The days of living in quiet desperation seemed to be gradually subsiding. But now that we are recriminalized, what next? 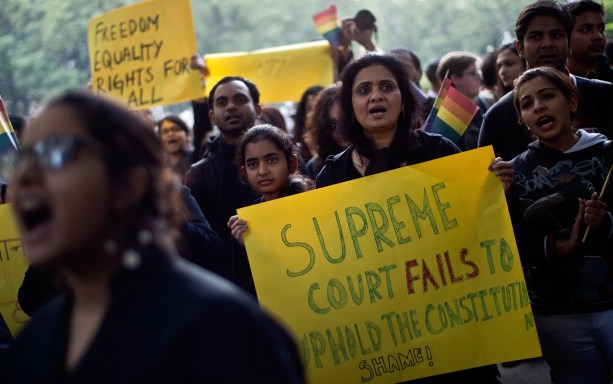 Whenever I had heard the comparison of the 2009 Delhi High Court ruling as “India’s Stonewall“, I had wondered if we were not having it a little easy? A court decriminalizing our existence and the understandable ecstasy of the urban youth in large Indian cities does not quite represent the repression and anguish of the 1969 Stonewall riots. I had calmed myself into thinking that the world has probably moved on for the better — with third wave feminism and other cool stuff. This week, the fears were reaffirmed. It was not July 2, 2009 but December 11, 2013 that is our Stonewall — if we needed one. We are now criminals again and have been denied the right to exist. As our backs are now against the wall, it is not time to beg for incremental changes (have we not done it for so long?), but to demand large sweeping reforms. India’s queer community, whether they live inside the country, or outside, don’t want merely to be decriminalized — we want to marry, have children, and spend holidays together with our families and our partners’ families. The time to thrust it down the throat of an outdated dysfunctional democracy has arrived — it’s now or never!

Earlier this year in April, while walking on the Magnificent Mile in Chicago, I had signed in favor of the HRC campaign for marriage equality in Illinois. Indescribable was my joy, when they legalized it last month. In June, when the DOMA was struck down, I was leaping in euphoria in New Haven, CT with my girlfriend at the time. I felt blessed to be part of this change. I felt fortunate that as a young, cosmopolitan queer individual I am able to find acceptance.

The year 2013 seemed like a success story for queer people worldwide, with both the United Kingdom and France legalizing marriage equality. Probably this is why, the regressive nature of this ruling by my home country’s Supreme Court hurts so much — the wheels of change just turned 180 degrees in stark contrast to my experiences rest of this year. This disillusionment, the horror, the outrage and the misery must not lie wasted. It is a pivotal moment to reignite the movement, pick up the momentum, and strike again. Yes, we will not have it easy but meaningful, sustainable changes in history have never come easy.