You already know that books are really great. And you already know that libraries are where you can get books for free, which is why you may have raised an eyebrow at the recent fuss over the idea of “Netflix for books.” As important as free books are, however, they offer us more than that; libraries offer free access to knowledge, and knowledge is power. For queer and trans women, libraries gave some of us the chance to know something about ourselves — reading fiction or nonfiction about queer people without our parents around, or using the internet anonymously to figure out whether we really were the only one in the whole world who felt this way. Technically, National Library Week has passed, but is there ever a bad time to talk about how much libraries mean to us? No, no there isn’t. 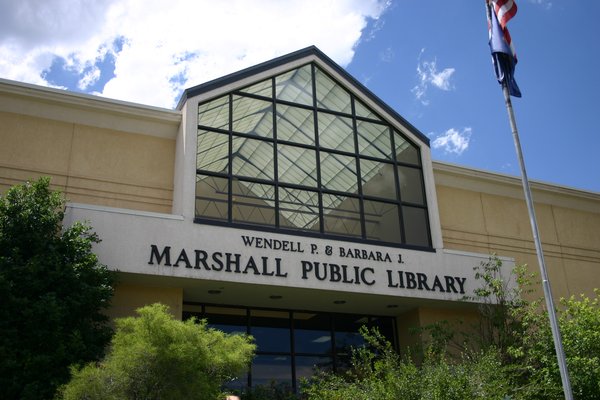 I was absolutely obsessed with my library in high school. My junior and senior years I had a free period, and the Marshall Public Library was about two blocks away from my school. Every day I would walk over there for an hour and read. And it’s not just that I was able to spend an hour reading, but that I was able to spend that hour reading queer books. In those two years I read Annie on My Mind, Luna, Myra Breckinridge, Keeping You a Secret, Middlesex, Misfortune: A Novel, What Happened to Lani Garver, and Neil Gaiman’s Sandman, which were all the fiction books about queer or trans women, or that were close enough to catch my interest, that I could find at my library. Now, not all of these books were that great, but having this place at the library where I could go every day and disappear into worlds full of people who were living out the life that I wished I had was a lifesaver for me. At that point in my life I was deep in the closet and far, far too nervous and afraid to bring these books home or to even read about queer or trans women on my computer at home, but there at the library I was able to grab a book, sit at a table, and read all about girls my age who dated other girls, boys my age who wore girl’s clothes, and trans girls my age who had the courage to be themselves. 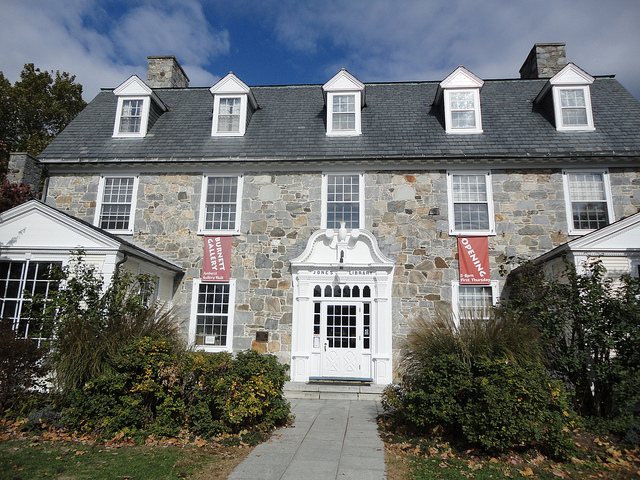 When I was in first grade I was in an accident and sustained injuries such that I was in a body cast. Now, the messy details of all that aren’t that important, but what is important is that it was just before summer break. That’s right: a whole summer in a body cast. So what’s a nerdy little 1st grader to do all summer sweating and itching like crazy? Read. A lot. My savior that summer was the Jones Library in Amherst, MA and their summer reading competition. Basically you tracked how many books you read during the summer and wrote a report or draw a picture about each one. My mom would drive me over to the library and take me to the children’s library room to track my book progress. They had a paper tree cut out on one of the walls. Each child participating had a branch on which to tack their latest drawing or book report. It was my single-minded goal that summer to read as many books as possible, draw a ton of pictures and win that competition. I think I needed a place where it was okay for my weird casted body to be, and a way to let my mind escape. I tore through that children’s section. Looking back I can’t remember how many books I read or if I won or if, for that matter, there even was a winner. Still, that summer set me on a path that would lead to many more years of hiding out in the Jones Library; nose in a book, head in the clouds.

My first memory is walking through the Argyle Branch of the Jacksonville Public Library that my mom used to take me to when I was three years old. I don’t know if first memories are like this for everyone, or if this is just me, but in that memory the library was massive and ephemeral, almost. The ceilings stretched on forever, it seemed, and there were more books than my tiny mind could ever imagine being able to read. We used to go there once a week for this library play group I was involved with. As an incredibly shy child, I would attempt to meet other children my age, but instead usually end up wandering over to the display of children’s books and sitting in a corner, looking at the pictures and dreaming of the day when the lines would translate themselves into words that could take me away from my little world into something much grander. That first memory for me invokes a feeling of discovery and wonder, my first foray into the remembrance of this brave new world I was charting, and thus libraries always have been my safe haven, a place where the terrifying aspects of the world were muted. After my mom died in 2011, the only place where I could begin to process how to construct a world that she wasn’t a central aspect of was my university library. It wasn’t a magnificent library by any stretch of the imagination, nothing close to the library of my first memory, but it was multiple floors and I could get myself lost in the books like I used to when I was three and transport myself to worlds where things were either much simpler, or much darker, than my own. 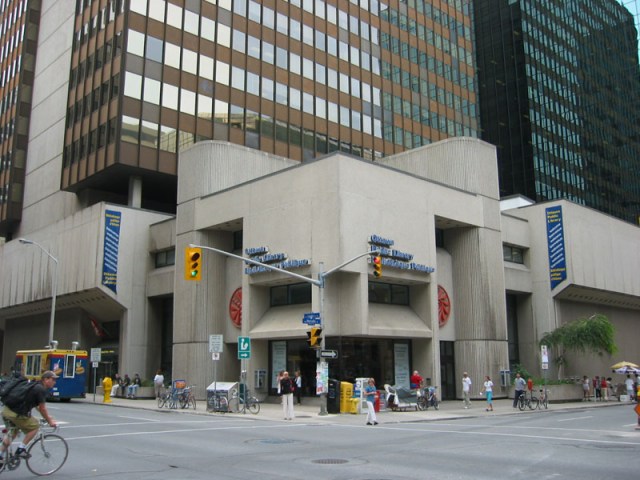 I don’t have a formative childhood library experience, because even though I was very much the kind of kid to want to go to the library all the time (free books! all the books!), my parents weren’t keen on me reading to the exclusion of all other activities, and so I only had limited visits. (Twenty books, and not forty. Once a week or so, and not every day. I was deprived.) My most formative library awakening was actually a few years ago, when I moved to a city I turned out to hate and discovered that the Ottawa Public Library was just the best. It got the best books, defined as “new books I wanted to read,” before they were even out in some cases. It had multiple locations and would bring you things your main location didn’t have. It seemed to have a ton of whatever I wanted to read in the moment, regardless of how strange whatever I wanted to read in the moment was. I had had a few years of not really reading much and not really trying new books, and that library rekindled my sense of adventure in the best way. 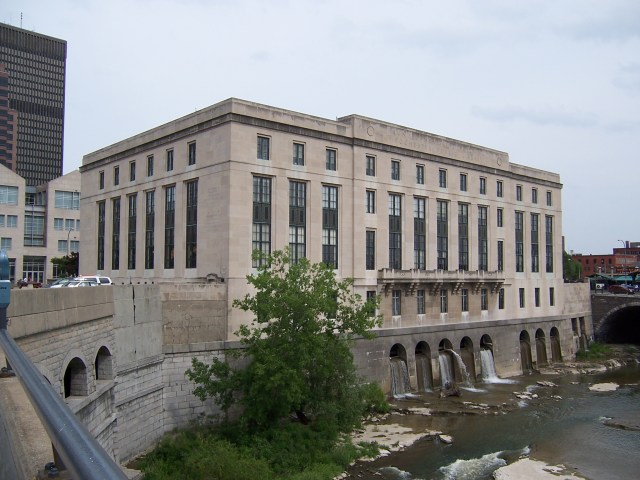 Central Library of Rochester and Monroe County, via

In college, my not-yet-girlfriend and I wrote a story for our school magazine about ties between our college and the CIA from the ’80s to early ’90s. Very few documents from the time had been digitized, so she and I spent a lot of time poring over microfiche in the Central Library of Rochester and Monroe County. I’m pretty sure microfilm technology is only used in libraries and museums, and I sort of love how inefficient and persnickety it is; it makes it feel like a huge accomplishment when you eventually manage to find what you’re looking for. Plus, it’s a good excuse to spend lots of time excitedly shout-whispering with a cute girl in a library.

I’m not too easily distractible, but books can do it. If I’m a cat, flushed out from under the couch by almost nothing, they’re my dangling string. It’s a problem. My senior year at Amherst College, I spent a lot of time hopping from venue to venue trying to find the best place to work on my thesis, an activity that often took up a large chunk of my thesis-working time. Most of my friends just used one of the twelve billion libraries on campus, but because of my crippling book curiosity, I could not. Then one day I somehow wandered into this amazing place: cozy, with calm lighting, warm wood, and a scholarly tone, and packed with books that, try as I might, I could not read, because they were full of inscrutable symbols. It was the Olds Math Library! All of the atmosphere, none of the distraction. I wrote my whole thesis there. 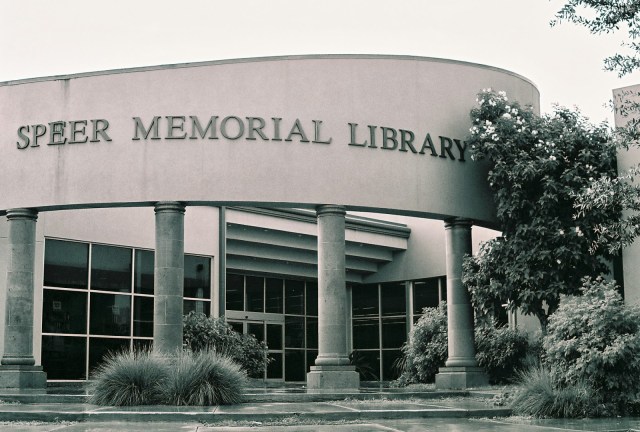 As a kid, I lived a good 15-minute drive from town. I also grew up not having cable, neighborhood friends or fast internet, so it forced me to use my imagination to entertain myself, usually with books.

I cherished the times my mom would take my brother and I to Speer Memorial Library, one of the oldest library in the Rio Grande Valley, to check out books to keep us busy during the summer. For a brown, nerdy bookworm kid like me, the library was an oasis in a city that devalued education. As a kid, Speer Memorial didn’t have much going on besides having books but that’s all I needed. I was always an advanced reader so I probably read their entire YA novel section by middle school.

When I was in high school, Speer Memorial had gone through some changes — and so did I. The library got a $3.5 million facelift and I started liking my best friend. The library renovations added a whole lot of square footage that made way for study rooms, group meeting rooms, a snack lounge and more room for new audio visual materials, books, computers, etc. The library became a place where my two best friends and I would congregate to do homework but really all we did was just laugh and hang out. One of these best friends became my first girlfriend and the library transformed yet agin. It was where we would check out vintage movies to watch later in my room and where we would make out in the parking lot in my car.

A few years later, the library was where I last saw her. I apologized profusely for what I had done almost a year ago, expecting closure but it didn’t happen. We parted ways.