Tegan and Sara have been around a long time — in fact, they’re on tour right now celebrating the ten-year anniversary of The Con! — so it’s a real treat to read or watch an interview with them where they open up about things they haven’t really talked about much before. That’s the case with chat they had recently with our pals over at the Nancy Podcast. Kathy Tu and Tobin Low met with Tegan and Sara in their trailer before their NYC show at The Meadows Music and Arts Festival and wrapped up that little gift in an all-new episode about siblings. 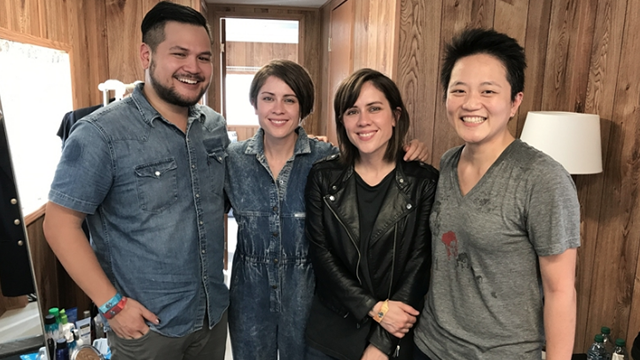 Some exciting revelations: Tegan and Sara don’t sweat. They know they’re as formative as The L Word. And they want to be as gay as they can be. That last thing was my favorite part about the interview, listening to them talk about how their relationship to their public queerness has changed over the last decade, from feeling like they wanted to be more than a gay band to just talking about being queer all the time.

You can give it a listen below or over at Nancy’s official home.

Heather has written 1411 articles for us.