Shani Mootoo is one of the towering lesbian novelists of our time. Although she has not achieved the kind of recognition that Sarah Schulman and Jacqueline Woodson enjoy in the United States—and none of our North American lesbian writers enjoy the international recognition and wide readership like UK-based writers Jeannette Winterson and Emma Donoghoe—Mootoo has been producing consistently an extraordinary body of work grounded in its cultural moment and timeless in the questions it raises.

In her newest novel Polar Vortex, Mootoo winds the interior lives of its three central characters like a jack- (or jill-) in-the-box: to the point of explosion. In my interview with Mootoo, she confides that the book began as nonfiction. Just like in the novel where Priya and Alex, a lesbian couple, wait for an old friend of Priya’s to visit, Mootoo and her partner were visited by “an old friend” of Mootoo. She described this person as “a very, very good dear friend.” During this visit, the friend told Mootoo and her partner “a really beautiful story and [after] he . . . told it to us and he said, you’ve got to write it.” Mootoo continued, “I was in fact really moved by the story, and I wanted to write it, and I began to write it as nonfiction.” The story was a “very sweet love story,” but Mootoo “could not bear to write it: it was just too sweet.”

Her creative mind took over; she began to spin the fictive story of Priya, Alex, and Prakash. In Polar Vortex, the story Mootoo tells is not a sweet love story; it is dark with a propulsive plot and a dramatic reveal at the end. I confided to Mootoo that when I first received the book, I started to casually read the first dozen pages and found I could not put it down.

Mootoo’s rendering of the characters of Priya and Alex is compelling and the compression of the time frame of the novel—all of the action happens over a single weekend—propelled me through the book. I drank it like a cold glass of tea on a hot summer day.

The darkness of spiraling into the psychological twists and turns of the characters adds to the compulsive reading experience. Mootoo reflected in our conversation that the reason that she structured telling the story from three different perspectives was that she became so enmeshed early in writing in Priya’s voice that she needed a break. She found “there was so much duplicity” that she “felt almost ill with the lies that she [Priya] was telling herself and the reader.” She brought in the perspective of Alex, Priya’s lover, and then the perspective of Priya’s friend, Prakash, as a way to step into other minds.

As I read the book, fifty pages from the end, I had to set it down. Take a break. I did not want Polar Vortex to end. I was so invested in the three central characters that I needed space for the profound disappointment and upheaval I saw coming for one or all of them. And I was not wrong. I waited twelve hours, but I was still devastated by the ending and profoundly affected by the novel.

While the interpersonal drama among the characters is what drives Polar Vortex, it started for Mootoo as a creative work “about citizenship, landscape, and language.” Mootoo was “born in Dublin, grew up in Trinidad, and lives in Canada.” In addition to being a writer, Mootoo is a photographer and visual artist. A few years ago, she started “a body of work that looked at where I am. I’m no longer in a city. I live in a little countryside area, a little island in Lake Ontario.” Her current physical location challenges dominant narratives about queer people and queer people of color.

Writing about the landscape and particularly landscape that is not urban challenges dominant queer narratives. Yet Mootoo, a queer woman of color, revels in the bucolic countrysides of Canada. She describes her current environment as “my refuge and coming out to the countryside here with nature again.” 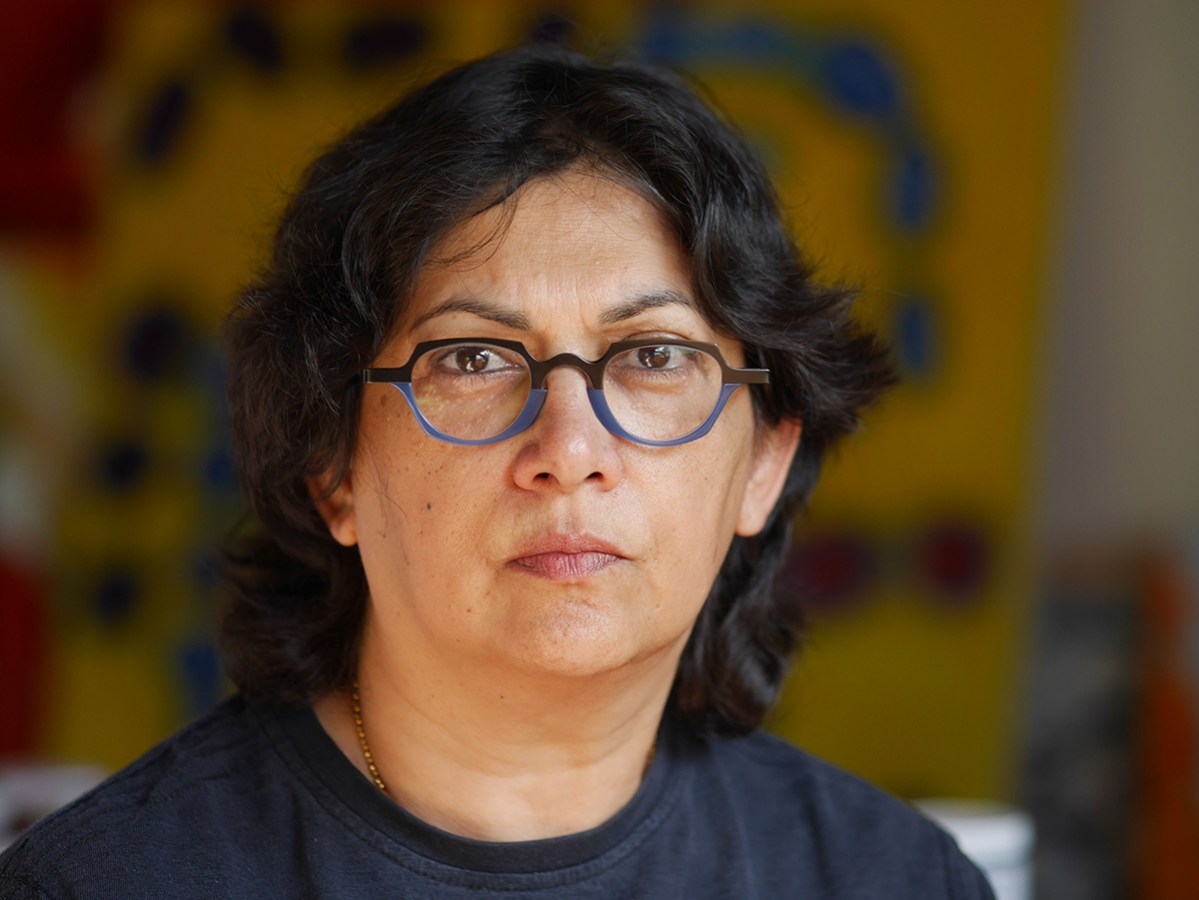 Her affection for nature explains the lushness in her writing and the attention to metaphor as a tool to open interior as well as exterior landscapes. Her other novels draw intimately on the landscapes of her childhood in Trinidad. Cereus Blooms at Night is set in a fictional town, Paradise, in the Caribbean. He Drown She in the Sea explores a love story that moves from the Caribbean to Vancouver, Canada. Valmiki’s Daughter explores coming out for a father Valmiki and his daughter Viveka in Trinidad. Moving Forward Sideways Like a Crab explores the dynamic motion of people and landscapes between Toronto and Trinidad. In all of Mootoo’s work lived Caribbean environments shape the interior lives of her characters; landscapes both inspire and thwart the people in her books. In Polar Vortex, she dives into the frozen climes of Canada to do similar interior work with her characters.

Polar Vortex begins with Priya’s erotic dream about her friend where “everything is red. his tongue. his penis. the palms of my hands. red red red.” The heat of Priya’s dream yields to her wakened anxiety as she wonders if her lover Alex knew “the kind of dream I had lying next to her.” With this melding of two states—dreaming and awakening—Mootoo foregrounds the central paradox of the novel she explores from multiple angles: differences between the interior and the exterior, between what is known to someone inside versus what people can discern from the outside. Those tensions emerge between all of the characters in the novel circling around the relentless question, how much can we know the interior landscape of another person?

The desire of the reader to plumb the interior propels Polar Vortex forward. What really happened between Priya and Prakash? Why is Prakash coming to visit? Is Alex right with her suspicions? What else is Priya hiding? Moving among the perspective of all three characters, Mootoo establishes that each is an unreliable narrator. Each is frozen in particular ways, mirroring the landscape. Yet, each perspective reveals something new, allowing the reader to piece together the stories of these characters.

Part of the power of Polar Vortex is the central relationship between Priya and Alex. Mootoo explores large questions about the nature of human relationships through the lens of lesbianism, still a revolutionary project. Priya and Alex are in a relatively new relationship. Both of them reflect on what it means to become a couple at midlife when the past begins to feel longer than the future. Their new intimacies contrast with the longer affections of Priya and Prakash, with race providing another crucial lens for the meanings and forms of human intimacies that Mootoo explores. Through all of these relationships and the situations that Priya, Alex, and Prakash find themselves, Mootoo repeatedly questions, how do we know and trust one another? What fosters human connections? What thwarts it? What are forms of meaning in our lives and our relationships?

Often Mootoo answers these questions through images. In her creative work, Mootoo describes her process: “when you hit on a really good image and everything works in it, I talk to myself. So I put into words what it is about the image the works really well. And then I want to go out and capture that image again.” Although that is impossible because, Mootoo confides, “I don’t construct my images.” She captures the images as they occur without human intervention. The yearning that she describes for “images that work” mirrors readers’ yearning while immersed in her novels. Reading Mootoo’s novels brings enthrallment: sublime moments emerge when her landscapes, her people, and her themes align.

Mootoo’s work as a visual artist informs her writing. “I can see what more clearly what it is, as a picture of a feeling of what it is that I want to see.” Yet for her, writing takes time. She notes, it “takes me a very, very long time to get a sentence out correctly, to get it to read what I see.” While the process takes time, Mootoo revels in her creative work. “The process I have to go through, I think it might stay with me because I ended up writing with it a bit, but I personally like how a thought bubble in the brain goes out and probably hits another level.”

Mootoo is a multi-genre writer. In addition to her novels, she is the author of a collection of poetry, The Predicament of Or, and a collection of short stories, Out on Main Street. Reflecting on genre differences, she said, “Fiction lets me explore to great depth things that are uncomfortable to me.” Poetry is like song, while nonfiction is like portraiture, “stating things and trying to get to the essence of something.” Landscape photography has been a recent passion; it gives Mootoo a sense “that what I’m seeing is the real thing,” an experience that she noted is particularly important in the current political environment. The photograph “Hidden” which Mootoo shared for Autostraddle readers shows a “secret place, not furtive, but tender and private.” 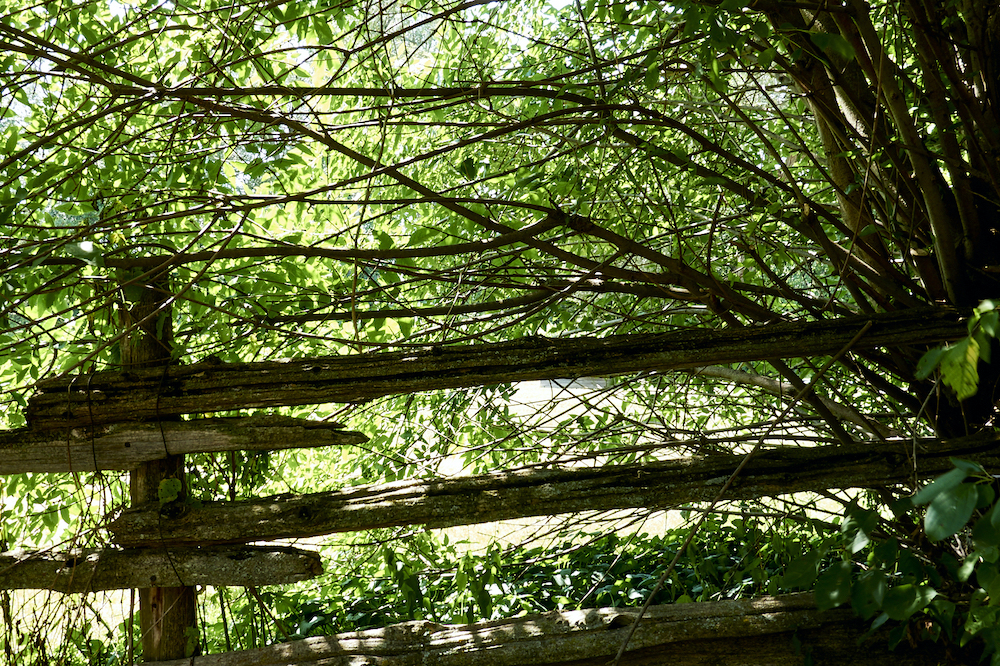 In talking about photography and the natural world, Mootoo’s passion comes alive. She said, “We are in a place where I’m standing looking out to the backyard right now and it’s so green and it’s two and a half acres of land. I just know this might sound funny but I just love being alive and all the things around me so much the visual stuff.”

From that lush landscape of Canada during the summer of 2020, sheltering at home from COVID-19, Mootoo is releasing her newest novel, Polar Vortex, a jewel in an already extraordinary creative life. Mootoo’s powerful capacity capture of people and their inner vulnerabilities and longings in her novels make them compelling reads. Collectively, her literary work is big and sweeping in their vision of the world as well as lush in their lyricism and beauty. Start with Polar Vortex this fall and then take the time to discover all of Mootoo’s creative work.

Julie has written 3 articles for us.